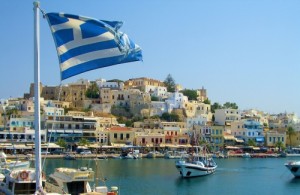 Greek tourism is moving in the right direction, with 2016 set to be a promising year, according to an Alpha Bank report released last week.

Carried out by Alpha Bank’s Economic Research Department, the report estimates that the prospects for Greek tourism in 2016 appear positive, primarily due to the friendly exchange rate of the euro against major currencies.

It adds, however, that tourist services may suffer some pressure due to the VAT hike in accommodation and catering.

In the meantime, the Paris terror strikes late last year do not seem likely to impact incoming tourism, the report found, with Greece being considered a safe destination overall. Indicatively, according to the World Economic Forum’s Travel & Tourism Competitiveness Report, Greece was ranked 57th in terms of safety and security among 141 tourist destinations, including major competitors such as Turkey, Egypt and Tunisia.

The Alpha Bank report also estimates that Greece is set to benefit from the Turkey-Russia conflict, with the number of Russian holidaymakers to Greece expected to rise in 2016.

The report concludes, that the tourism sector managed in 2015 to boost the Greek economy in a time of crisis with the number of tourist arrivals and travel receipts growing for a third consecutive year, showing resilience despite the capital controls and the escalating refugee crisis.