Update (July 9): Qatar Airways announced that it has gradually started to reinstate the BSP ticketing authority for Greek travel agents.

A number of international airlines have announced that they are temporarily withdrawing the BSP ticketing authority for all travel agents in Greece due to the political instability and financial situation in the country.

Until this moment, 37 airlines, including Emirates, Virgin Atlantic, Turkish Airlines, Qatar, Copa Airlines and Cathay Pacific, are not allowing the sale of tickets through local travel agents for fear of the financial risk involved.

“Emirates confirms the decision to temporarily cease the sale of tickets through Greece-based travel agents and tour operators. However, the company retains its existing booking and ticketing options through its Athens office, via its customer service hotline and online through its website. We apologize to our passengers and partners for the inconvenience and we are committed to revisit this decision in due course,” the company said in a statement to Greek daily To Vima.

In the meantime, in a similar statement to travel agents, Turkish Airlines said that “due to the adverse and the unpredictable economic situation in Greece, we are forced to remove ticketing rights from all agents in Greece”. 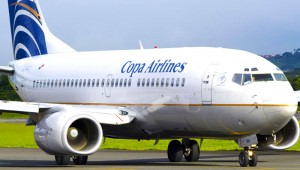 However, the airlines say that their move is temporary.

“We expect to re-open this sales channel, as soon the Greece situation will be clearer”, CopaAirlines said in a statement to travel agents.

Sector authorities view the latest development as a lack of trust in the Greek market, which they claim is a direct result of Sunday’s referendum result.

In the meantime, the International Air Transport Association (IATA) informed Greek travel agencies last week that they will have to settle payments weekly (instead of fortnightly) with immediate effect for all IATA accredited agents in the country as of July 16 and through to September, with a final clearance set for October 7.

The list of airlines that are temporarily withdrawing BSP ticketing authority for Greek travel agents is the following: