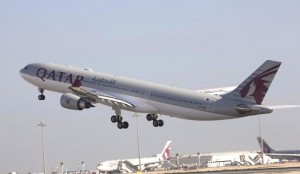 Qatar Airways announced on Thursday that it has gradually started to reinstate the BSP ticketing authority for Greek travel agents.

“In our continuous efforts to support Greek travel agents, we have gradually started to reinstate the BSP ticketing authority despite the political instability and financial situation in the country”, Qatar Airways Country Manager, Iberian Peninsula, Greece and Cyprus, Marimar Laveda, said.

Qatar Airways was one of the many airlines to recently withdraw the BSP ticketing authority for all travel agents in Greece for fear of the financial risk involved.

“We would like to apologise to our partners for the inconvenience caused and we would like to thank them for their constant support and loyalty”, Ms. Laveda added.

According to Qatar Airways, since the launch of the airline’s flights to Athens in 2005, a steady increase in demand from passengers on the route has been recorded, connecting through Doha in State of Qatar from destinations around the world.

To reflect this demand for growth, Qatar Airways launched double-daily flights from Doha to Athens in 2010, followed by a further frequency increase this year to a triple daily service between the state-of-the-art Hamad International Airport in Doha and Athens.

“Qatar Airways has been supporting the Greek community throughout these 10 years and during this phase continues to  recruit employees both in managerial and operational positions, reaching over 30 employees, and intends to create a significant number of new business opportunities in the industry”, the airline’s announcement read.