Positive data was released recently by a report providing a snapshot of the performance and outlook of the Greek hotel industry, within the broader context of the international hospitality industry as well as of Greek tourism and Greek socioeconomic developments.

According to the report conducted by GBR Consulting, 11.4 million tourists arrived at Greek airports in the first three quarters of 2013, representing an increase of more than 10 percent compared to last year.

“This result has been achieved primarily due to the performance of resort destinations, as tourist arrivals increased only marginally in Athens and Thessaloniki,” GBR said. 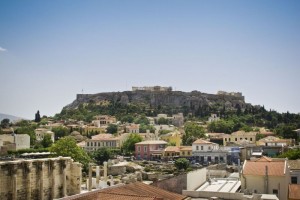 – The Greek capital, in particular, has not benefited from the overall positive climate in the Greek tourism industry, mainly due to the negative image created over the past years. Nevertheless, it seems that the drop in Athens tourism bottomed out in 2012, as the recovery from 2013 Q2 onwards was reflected in an annual increase of the RevPAR by 10.6 percent YTD (year-to-date) Sept. Further, according to provider of online reputation Review Pro, Athens is rated in social media reviews as second only to Dublin in Europe with 81.3 percent vs 81.6 percent and compares very well with Cape Town which tops the list worldwide with 86 percent. 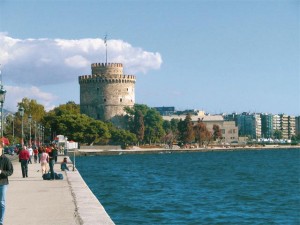 – Thessaloniki hotels saw a drop of 11 percent of their RevPAR in the same period, mainly as the health recovery program of the victims of the Libyan Civil War ended. (During the civil war in Libya, February-October 2011, Greek private hospitals and hotels organized a short duration hospitalization and hosting program for the injured.)
Based on YTD August data of the Thessaloniki Hotel Association, overnight stays from Libyans dropped from 140,900 in 2012 to 13,253 in 2013. On the other hand, Thessaloniki saw substantial increases in arrivals from Russia (now the main foreign source market), Turkey, Israel, Romania and Serbia and Montenegro. As a result Q3 was substantially better than Q2 with a RevPAR change of +5.7 percent versus -18 percent in Q2.

According to the Association of Greek Tourism Enterprises (SETE), total revenue for 2013 will reach 11.6 billion euros, same as record year 2008. Arrivals are expected to peak at 17.5 million by the end of 2013.

In regards to Greek hoteliers, they are indeed optimistic for the last quarter of this year, according to a recent barometer for 2013 Q4.