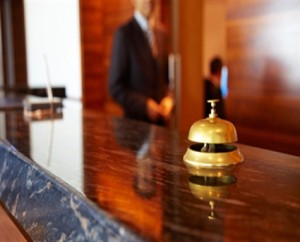 Greek hoteliers are optimistic for the last quarter of this year, according to the latest tourism barometer report on the expectations of the Greek hospitality sector for the fourth quarter of 2013, conducted by GBR Consulting.

According to the barometer, overall, Greek hoteliers are expecting to close this year with increases in occupancy and room rates in Q4 compared to the same quarter last year.

A majority forecasts increases of at least 2 percent with respect to occupancy. For the room rates, hoteliers are somewhat more cautious especially for the market in general, but overall the hotel sector remains very positive on their performance.

“Resort hoteliers maintain the bullish attitude they showed throughout the year,” according to GBR. All barometers are deeply green colored, indicating that they expect significant increases in both occupancy levels and room rates for Q4 compared to same quarter last year.

City hoteliers are equally optimistic for their occupancy levels, while they forecast for Q4 similar ARR (average room rate) levels as the same quarter last year, both for their own hotels as well as for the market in general.

A comparison of results between the various hotel categories shows that five-star hoteliers are very optimistic: no-one expects a decrease of 2 percent or more in their occupancy and rates, while 79 percent expect an increase of more than 2 percent on occupancy and 75 percent on the rate. Four- and three-star hoteliers are also optimistic, albeit to a lesser extent than their five-star colleagues, particularly in relation to ARR growth.