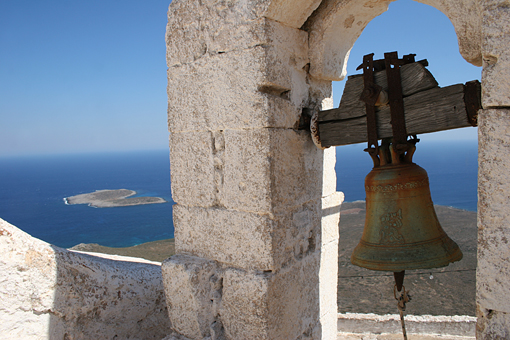 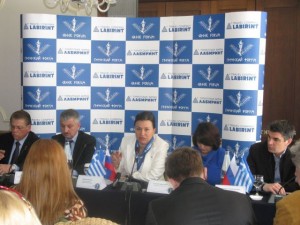 Labirint’s Tatiana Zotova speaking to Russian journalists at a press conference on Corfu.

A dynamic promotion of religious tourism packages in Greece will be launched by Russian tour operator Labirint that will include visits to Greece’s most important religious sites.

“Greece is an ideal destination for such tours, which are very popular among our customers,” the director of commerce of Labirint, Tatiana Zotova, noted during a press conference to the Russian media held on 25 April, on the sidelines of the company’s 7th annual Greek-Russian forum on Corfu.

Seeing that religious tourism is gaining a significant response from Russian tourists, Labirint’s immediate plans include the creation of a “pilgrimage calendar” in cooperation with Greek travel agents and the Holy Synod for the launch of relevant travel packages.

On the Greek side, the special advisor to the Synodical Office of pilgrimage tours and development of religious tourism of the Holy Synod of the Church of Greece, Christos Petreas, said the Greek Church was open to cooperation on the specific form of tourism.

Mr. Petreas mentioned that the Synodical Office of pilgrimage tours and development would assist on the launch of an organized travel package that will give small groups of tourists the opportunity to combine visits to religious sites on the Greek mainland with tours to churches and monasteries on the Greek islands.