From Russia With Love: One Million Russian Tourists Expected In Greece This year 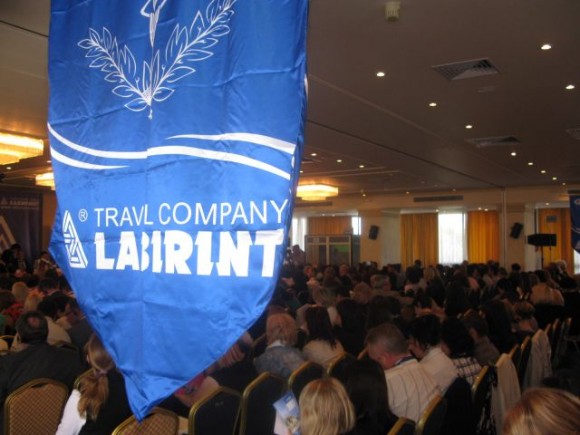 “We want to expand our business in Greece beyond the summer season,” the director of commerce of Labirint Travel Company, Tatiana Zotova, said on 25 April during the company’s 7th annual Greek-Russian forum that took place on Corfu. 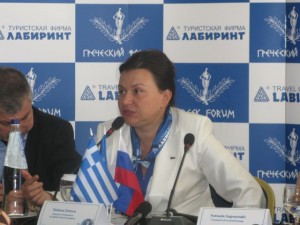 Labirint is the largest Russian tour operator working with the Greek market and last year brought 155,000 Russian tourists to Greece and 106,000 in 2011.

In total, one million Russian tourists are expected to arrive in Greece this year.

During the forum, Ms. Zotova expressed her confidence in Greece and the prospect of an even greater increase of Russian tourists.

Discussions at the forum focused on the trends and prospects of Greek-Russian tourism cooperation while the further increase of the tourist flow from Russia to Greece was explored.

Le Grand Group of Companies based in Crete is Labirint’s partner in Greece.

Russian tour operators say they expect Greece to see at least 30 percent growth in tourist arrivals from Russia this year.

According to the Association of Tour Operators of Russia (ATOR), results of early bookings for Greece have allowed to draw conclusions about good prospects for the summer season on the destination.

ATOR said tour packages to Greece have been selling actively since February and March and the number of multi-visas issued by the Consulate General of Greece has increased since last year.

Athens’ Trade Event Gets Thumbs Up From Greek Professionals