Home > Destinations news > Athens To Be Promoted To Russian Market 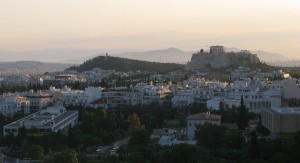 Athens may not be considered a top holiday destination for the Russians but Labirint Travel Company, the largest Russian tour operator working with the Greek market, plans to change that.

During a press conference held on 25 April, on the sidelines of the company’s 7th annual Greek-Russian Forum held on Corfu, Commercial Director Tatiana Zotova said the Greek capital is expected to welcome (only) some 150 Russian tourists per week this season.

However, when asked by GTP if Labirint had any future plans for the Greek capital, Ms. Zotova said the company was currently working on an entertainment travel package for the destination.

The “Have a good time in Athens” travel package is planned to launch this autumn and will include a three- five or seven-day stay in the Greek capital and an array of options for the Russian traveler.

Ms. Zotova said Labirint recognizes Athens’ potential as a destination and for this reason will hold its 8th Greek-Russian Forum in the Greek capital in 2014.

According to the commercial director of Labirint, the most popular Greek destinations this year for the Russians this year are Crete and Rhodes.

These destinations are expected to welcome some 3,000 Russian tourists per week this season, followed by Kos, Halkidiki, Corfu, Zakynthos, Santorini, Kalamata and Alexandroupolis.