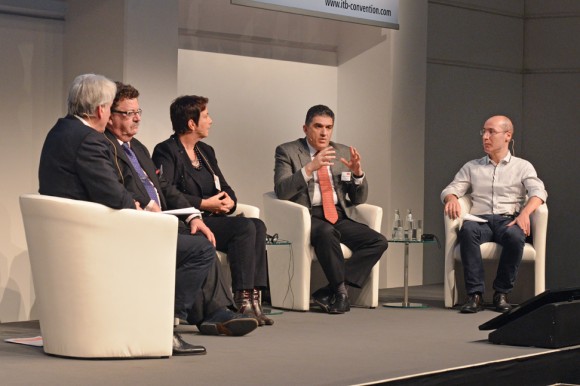 “Greece is still one of the most popular destinations for German holidaymakers and at the same time a European challenge,” it was mentioned at a session on Greek tourism during the ITB Berlin Convention on Friday, 8 March.

The session entitled “Sympathy or Scepticism? The Importance of Tourism in Greece” aimed to answer a series of questions in regards to the country’s image that suffered due to the crisis and  the uncertainty that had spread among travelers. The speakers of the panel discussed what changes should be made in Greece for the country to retain its position as a leading tourism destination. The panel included German Federal Deputy Labor Minister Hans-Joachim Fuchtel*.

Speaking on behalf of Greece was George Drakopoulos, the director general of the Association of Greek Tourism Enterprises (SETE) and Dr. Dimitris Koutoulas, tourism and marketing consultant.

Mr. Drakopoulos informed the panel that Greece was restructuring its approach to tourism and focusing on the promotion of gastronomy, culture, education, sports and medical tourism to key markets.

He mentioned the country’s new slogan “Greece, all time classic” and underlined how important it was for Greece to deliver only one message to international markets and keep it over the years. (Greece  has changed its tourism logo and campaign over 10 times since 1990.)

Is Greece too expensive for tourists? 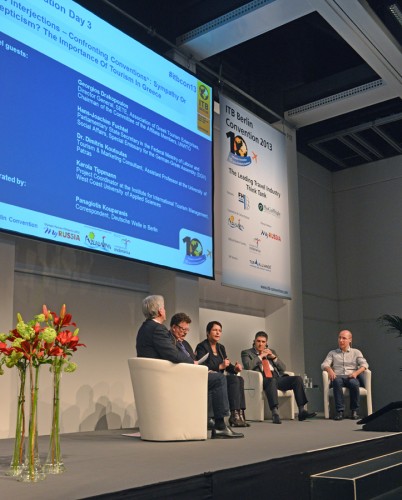 During the discussion it was questioned if Greece was in fact an affordable destination, as, according to the moderator of the session, Panagiotis Kouparanis, (Deutsche Welle correspondent in Berlin) tour operators had stated that prices in Greece remained the same.

Mr. Drakopoulos disagreed and highlighted that it is impossible for a destination to become competitive by offering cheaper prices.

Karola Tippmann, project coordinator at the Institute for International Tourism Management, West Coast University of Applied Sciences, said that Greece needed to form a sustainable structure through quality and not price cuts.

She added that Greece needed to prolong its tourism season through the diversification of its product and invest more in tourism education.

This was echoed by Hans-Joachim Fuchtel, the federal deputy labor minister of Germany, who underlined that vocational training was something “unknown in Greece.”

Mr. Fuchtel and Greek Tourism Minister Olga Kefalogianni have agreed to a Greek-German cooperation that will focus on the education and training of young students and the unemployed in the tourism sector.

On his part, Dimitris Koutoulas said that over the last years Greece’s product had in fact improved but that the country lacked a marketing plan for tourism

* Hans-Joachim Fuchtel represents the “Greek-German Representative Assembly” and his goal is to boost the Greek-German friendship and cooperation in terms of certain objectives. He was assigned by German Chancellor Angela Merkel to coordinate the cooperation between the two countries’ municipalities and regions within the framework of the German-Greek Partnership, designed to strengthen cooperation between numerous ministries on both sides.