According to data, last year Germany was the most important market for Greece as 2,240,000 arrivals and some 1.8 billion euros in revenue were recorded. 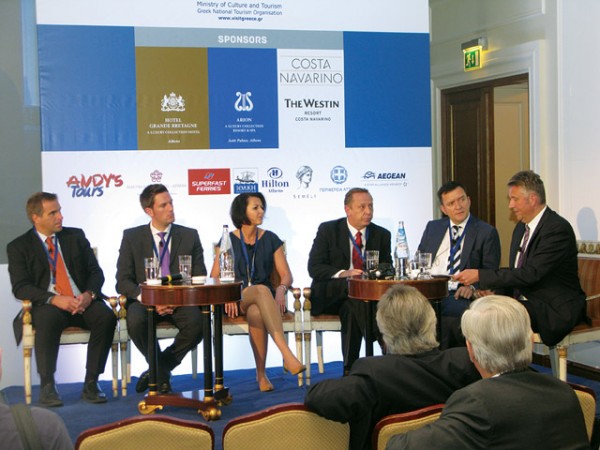 Despite the negative forecasts for this year, the German side expressed optimism and appeared certain that bookings to Greece would be restored in 2013. “We mustn’t forget that the tourist forgets,” Katja Kalle, FTI director Greece and Cypus, said and referred to last year’s turmoil in the North African countries and the fact that Tunisia this year is attracting tourists back.

At this point, he drew attention to the print campaign launched by six leading German tour operators in late March in the German media to support Greek tourism under the slogan “For true friends only trust counts” as an example to show Germany’s solidarity towards Greece.

In regards to Athens, Mr. Ihlau told the audience that the Greek capital was not included among TUI’s citybreak destinations. “Athens has no particular image or profile,” he said.

Mr. Ihlau stressed that Athens is in need of a new masterplan that would highlight the city’s cultural profile, gastronomy and also the fact that “in 20 minutes from downtown a tourist could swim in a beautiful sea.”

As an example of a European urban destination that developed after Olympic Games, Mr. Ihlau mentioned the case of Barcelona in 1992. “It used to be a dull and gray city but with a little marketing it gained sex appeal,” he said.

Citing a study conducted recently, he pointed out that Greece, despite the decline in tourism, was deemed by 67 percent of Germans as the most attractive destination in Europe.

He also added that in the same survey, 72 percent of the Germans believe that Greece has problematic services and he underlined the inadequacies that exist in Greek airports with Heraklio Airport on Crete at the top of his list. 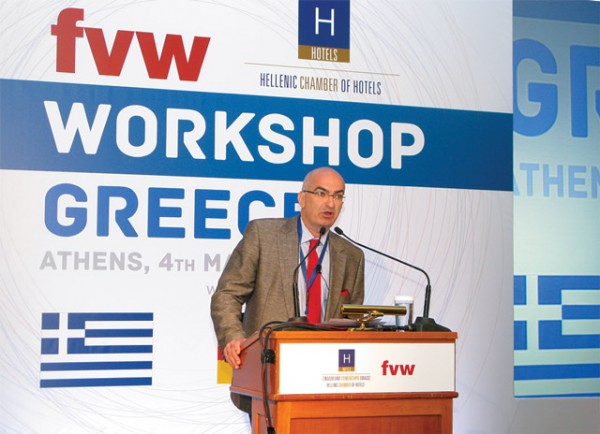 During his opening speech, the president of the Hellenic Chamber of Hotels, Yiorgos Tsakiris, said “things are not good” since bookings were reported to have dropped by 30 percent compared to last year. The drop came mainly from major markets such as Germany and Austria.

It was indicated by the German tour operators that prices in Greece this year had dropped some 30 percent and that last minute bookings were expected to increase. (The FVW workshop was held prior to the Greek elections, which led to concern in regards to last minute bookings.)

They noted, however, that many German families cancelled their bookings to Greece due to the recent strikes held in the country.

Other issues touched by the German side evolved around the much needed promotion of destination Greece, infrastructure improvement and the cost of air travel, which is much higher than competing destinations Turkey and Egypt.

The workshop of FVW (40 years of expertise in tourism) was co-organized by the Hellenic Chamber of Hotels.

Athens To Host Chef Congress In 2016

Public/Private Initiatives For Greek Tourism In The Works