Public/Private Initiatives For Greek Tourism In The Works

The Greek National Tourism Organization (GNTO), foreign tour operators and Greek expatriates have launched a series of initiatives aimed to restore the country’s image internationally and reverse the negative trends that have affected bookings in Greece so far.

The agreement sees the broadcast of tributes on Greece to a network of 118 countries and 60 million households from 14 May until 15 July with a budget of 260,000 euros.

Also, in late March, the GNTO launched an extensive advertising campaign through advertising tools Google Search, Google Display Network and You Tube to promote Greek tourism in Europe and the U.S. and attract users to its website www.visitgreece.gr. The campaign will end 31 December 2012. 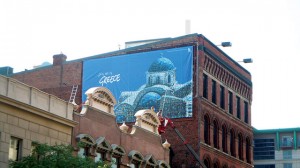 USA: Following the success and international recognition of the Times Square crowd-funding billboard campaign that spread awareness of Greece to New Yorkers as the perfect vacation spot, the Washington, D.C. team of volunteer group “Up Greek Tourism” chose a similar campaign to showcase Greece.

In late April, Up Greek Tourism launched a tourism campaign for Greece via social media to raise $10,000 through crowd-funding to set up a wallscape campaign on display in the heart of Washington, D.C. for 30 days. Once again the campaign was a success and on 3 May the DC billboard went live at 819, 7th Street, Washington DC (photo).

Greece: Greek fashion accessories manufacturer and retailer Folli-Follie in March launched an international advertising campaign for its Spring/Summer 2012 collection called “Crazy for Greece” with an aim to attract tourists, with an emphasis on the Asian market. The campaign shows the island of Spetses and features the Greek flag (photo). Advertisements are broadcasted on television and the Internet, featured in newspapers and magazines and posted on billboards.

Australia: A similar crowd-funding initiative for the promotion of Greek tourism is in process under the title “Everybody Say OPA!,” headed by Steve Agi, publisher of Australia-based Greek cultural publication OPA! Magazine. Mr. Avgi’s goal is to erect billboards to promote Greek tourism across Australia, starting with Melbourne. Through website www.everybodysayopa.com.au, Mr. Avgi gives potential contributors three options of billboards to choose from. 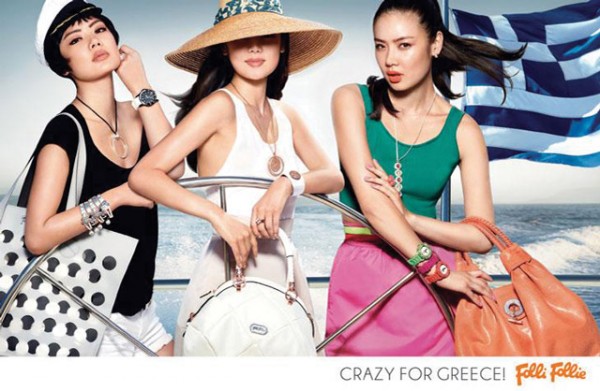 “Crazy for Greece”: Folli-Follie launched an international advertising campaign for its Spring/Summer 2012 collection in March 2012 to attract the Asian market.

Austria: In Austria, a comprehensive effort to promote the “real Greece” is in process by renowned Austrian director Fabian Eder: the “Greece is booming” initiative. The award-winning filmmaker said he would complete a 50-minute film by the summer, which will be screened on public Austrian TV.

Russia: The Association of Cultural and Business Cooperation and Friendship and the peoples of Greece and Cyprus Friendship recently launched the campaign “Support Greece!” in Russia that includes a series of events aimed to attract Russian visitors to Greece. Actions also include the promotion of Greek products.