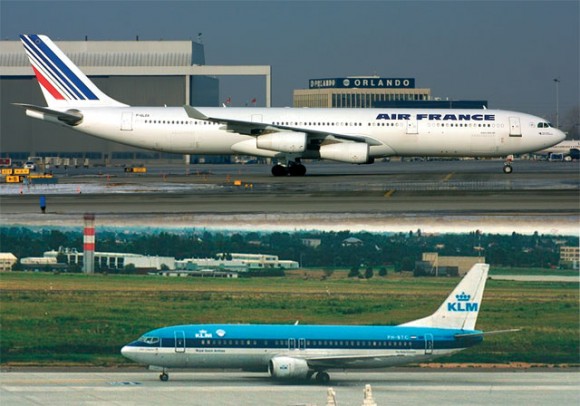 The new combination will become the largest airline in Europe in terms of revenue and rank third behind American Airlines and United Airlines in passenger traffic.

Competition commissions in both the European Union and America last month approved the proposed merger between Air France and Holland’s KLM airlines. With this approval of the carrier’s de facto takeover by Air France, KLM’s life as an independent airline comes to an end.

The two agreed to give slots as compensation, but not any routes. The new combination will become the largest airline in Europe in terms of revenue and rank third behind American Airlines and United Airlines in passenger traffic.

The French state will own 44%, other Air France shareholders 37% and current KLM shareholders 19% of the enlarged company. Air France and KLM will retain their national identities, brands and hub airports. KLM will remain Dutch and keep its international landing rights as the Dutch government and other entities will hold 51% of its voting rights for three years. The new arrangements bring Northwest Airlines and Continental Airlines closer to the SkyTeam alliance headed by Air France and Delta Air Lines.

Separately, Air France recently launched Dedicate, a new service that features scheduled routes and direct flights to some of the more remote parts of the world, in a bid to make life easier for professionals traveling to construction projects, production sites and other major areas of economic activity.

Last month, Air France announced flights to Pointe Noire in the Republic of the Congo and Malabo in Equatorial Guinea. This will make a total of seven new destinations in all to be added to the Air France network in 2004: Kuwait, Doha (Qatar), Kish Island (Islamic Republic of Iran), Tashkent (Uzbekistan) and Atyrau (Kazakhstan – subject to granting of traffic rights).

Initially, because of the nature of the destinations launched, Dedicate will mainly serve energy and capital goods professionals.

The timetables, frequencies, service levels and comfort on Dedicate flights will match all the usual Air France long haul standards despite the fact that the limited traffic on such routes rules out the use of widebody jets.

The flights are operated using 82-seat Airbus A319s offering l’Espace Affaires (business) and Tempo (economy) cabins. Air France has invested in a fleet of five of these aircraft, which will be totally dedicated to this network.

Seaplane Service for Greece As of May