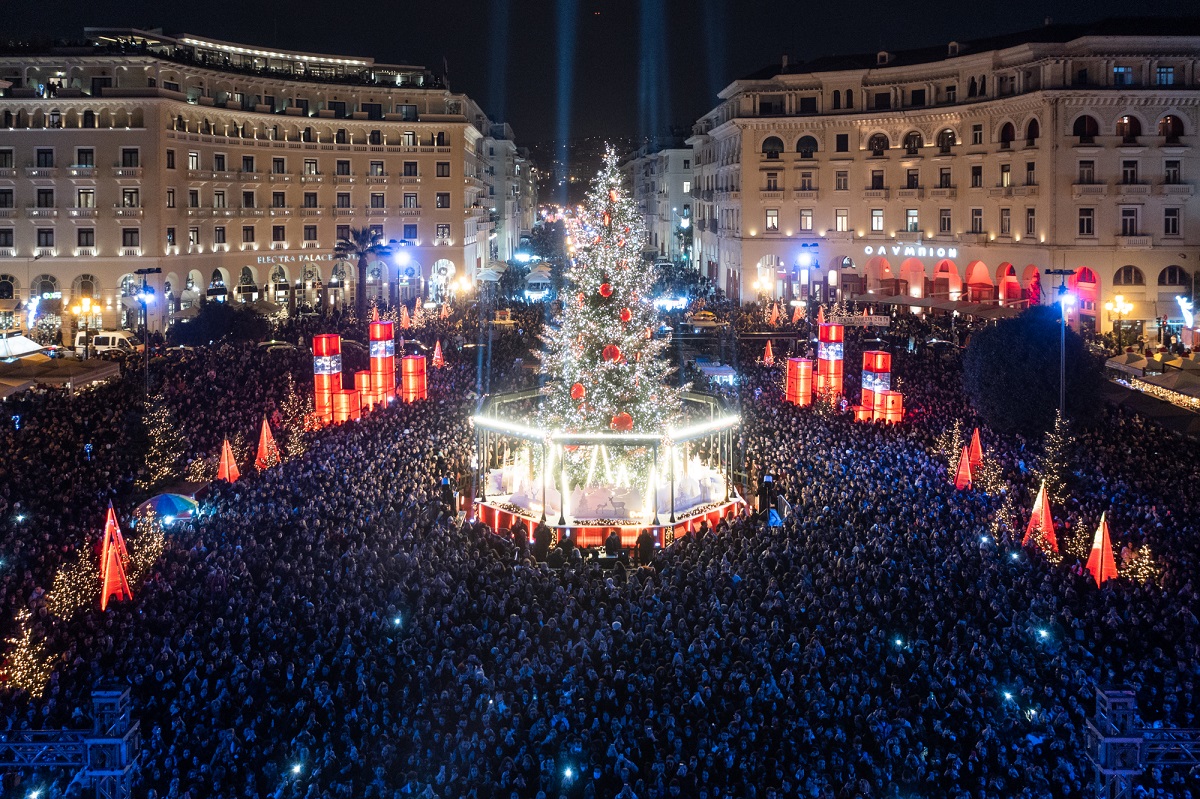 Thessaloniki, Northern Greece, officially kicked off the 2022 Christmas season with the recent lighting of its Christmas tree at the city;s central Aristotelous Square.

The event saw thousands of residents and visitors filling the city’s landmark square, alongside local government officials and business representatives who contributed through donations to this year’s urban Christmas décor.

“Our city’s Christmas lights send a message of joy, optimism, hope and solidarity,” said Thessaloniki Mayor Konstantinos Zervas while lighting the tree, urging those present to “fill their hearts with these festive values and pass them on to others”. 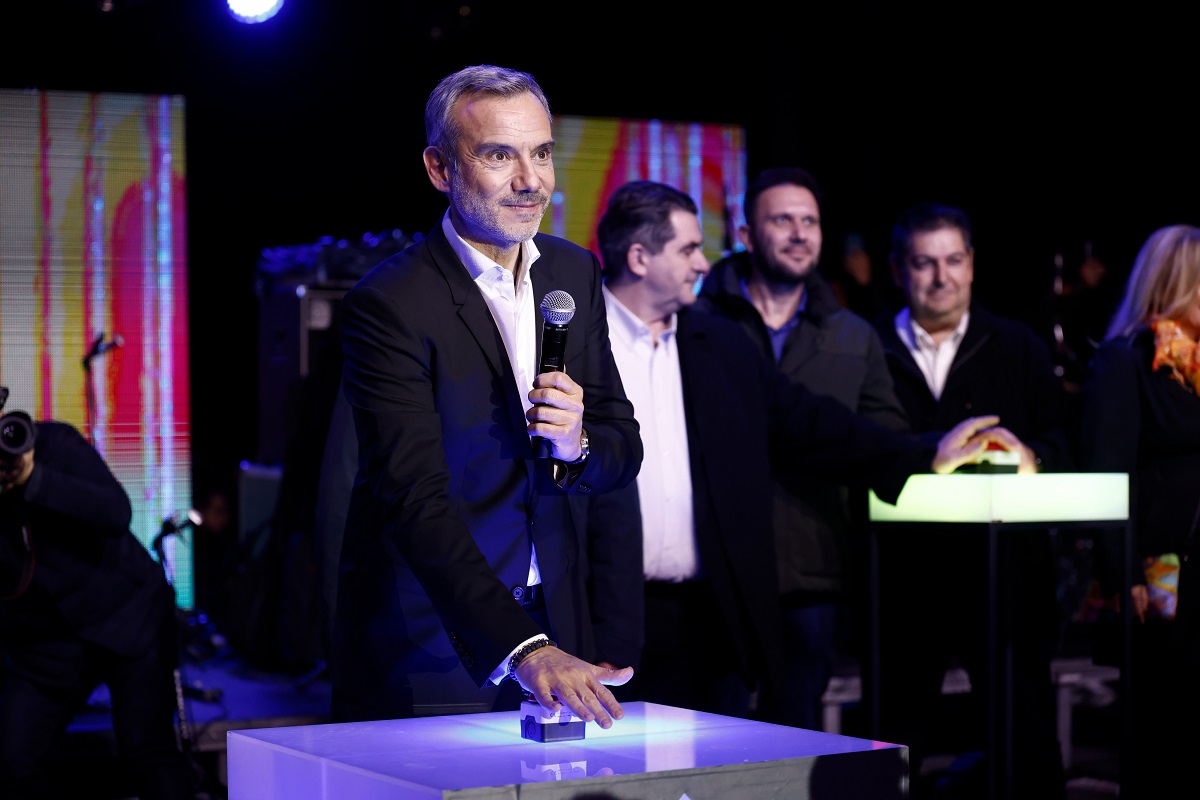 A firework show followed the tree lighting ceremony, while the Philharmonic Orchestra of the Municipality of Thessaloniki filled the atmosphere with Christmas tunes.

The event culminated with a concert by popular Greek singer Petros Iakovidis, which was held with the support of the new local city radio PALMOS 96.5.

The 18-meter Christmas tree traveled to Thessaloniki from Halkidiki and is illuminated with approximately 50,000 LED lights. 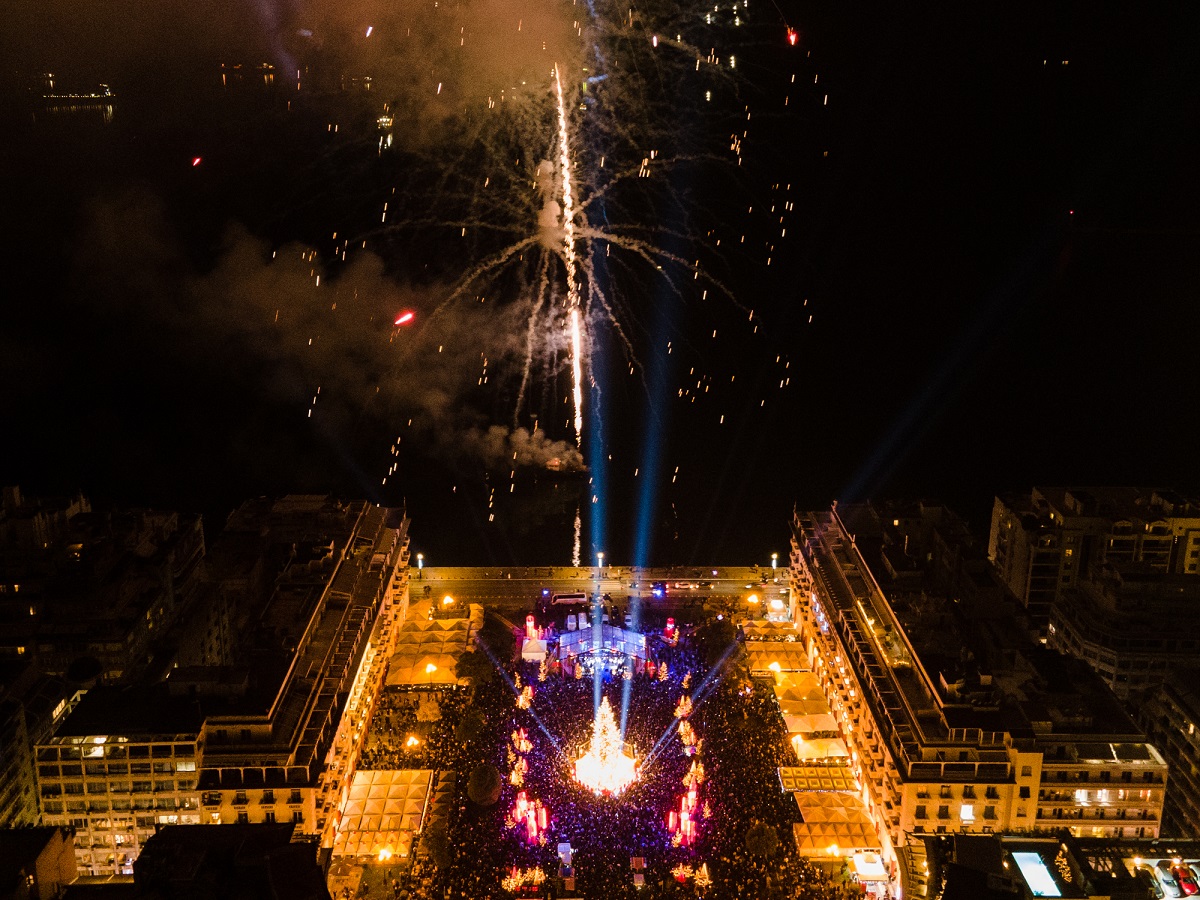 According to the municipality, this year the total energy consumption of the city’s festive lighting is 58 percent lower than last year, responding to the challenges created by the energy crisis.

In fact, solar panels are placed on the rooftops of two central kiosks located on Aristotelous Square, which contribute to its energy supply and reduce energy consumption.

Volunteers Wanted for ‘Beyond Borders’ Film Festival of Castellorizo