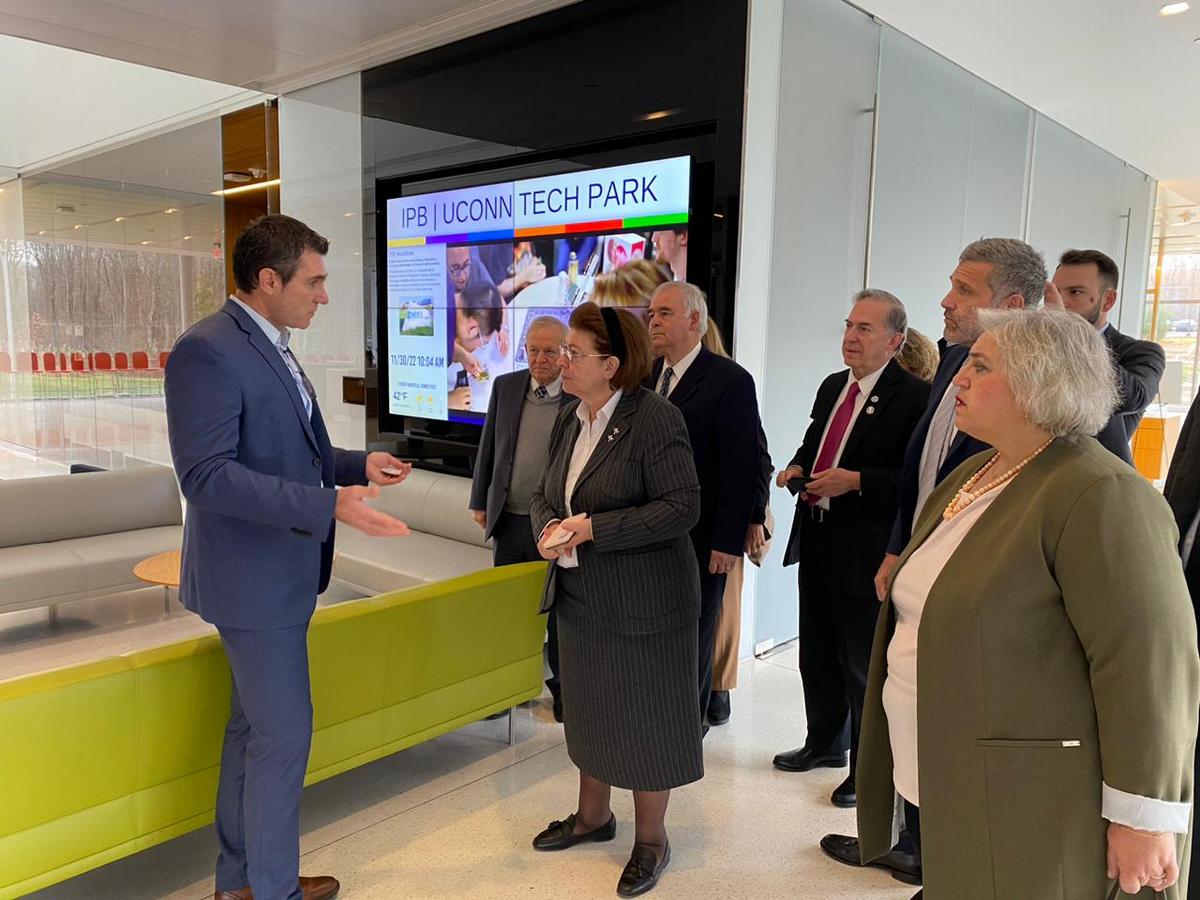 The prospect of collaboration between the Greek Culture Ministry and the University of Connecticut (UConn), US, was recently explored during Culture Minister Lina Mendoni’s visit at UConn.

During her visit, Mendoni had the opportunity to tour UConn Tech Park – Innovation Partnership Building (IPB) and discuss with its executive director, Manos Anagnostou, how the Park’s IPB researchers can create digital twins of archaeological spaces with the help of 3D scanning technology.

The results could be used for educational and scientific purposes as well as assisting the creation of historical, cultural, and science educational material for K-12 programs. 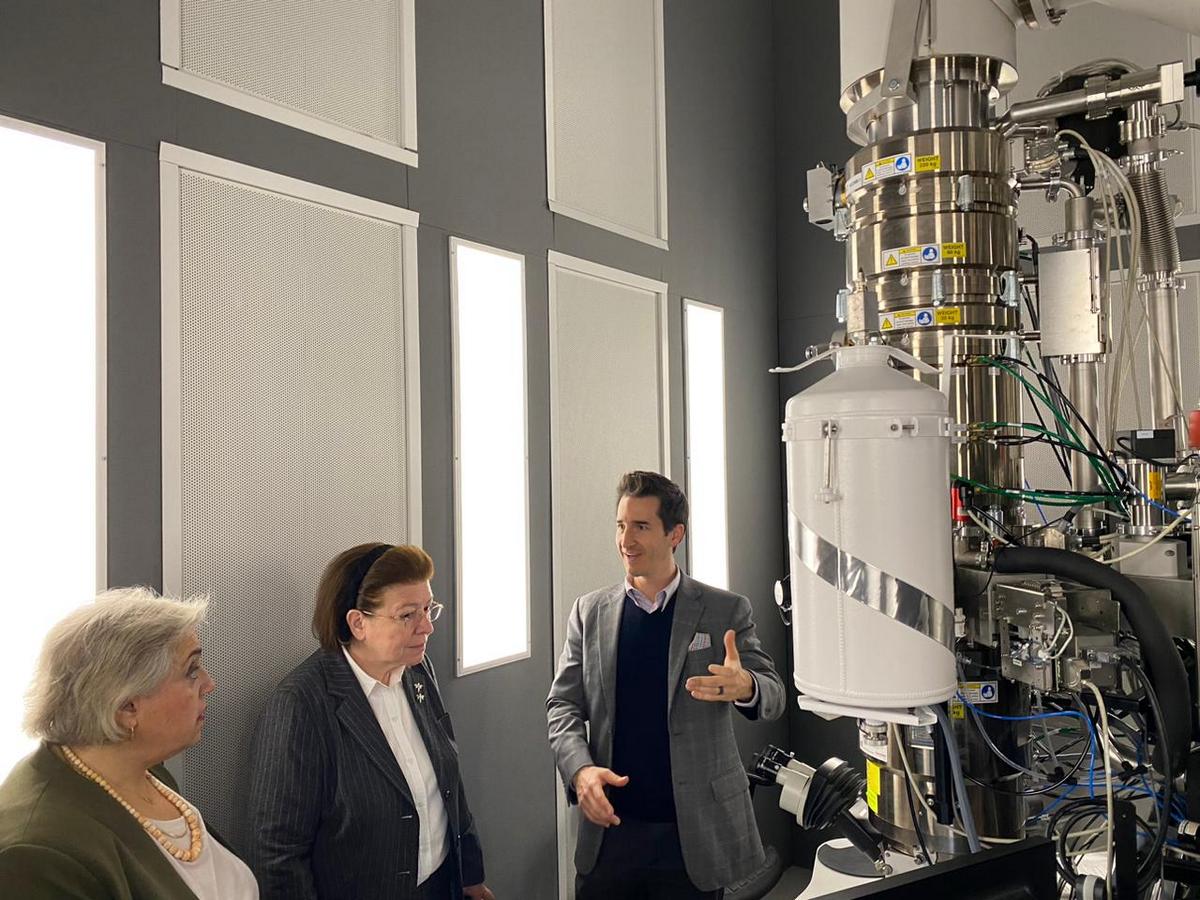 The UConn Tech Park, which was created to connect the academic community with businesses and state services and assist economic development through tech innovation, also boasts a state-of-the-art 3D printing system.

Anagnostou showed Mendoni three-dimensional digital displays created by the system such as the Greek amphitheater and bust of Leonidas at the Sparta Museum and Theater in Storrs, CT. The digital model will be used to recreate the bust and other historic artifacts in a 3D printer at the Uconn Tech Park. 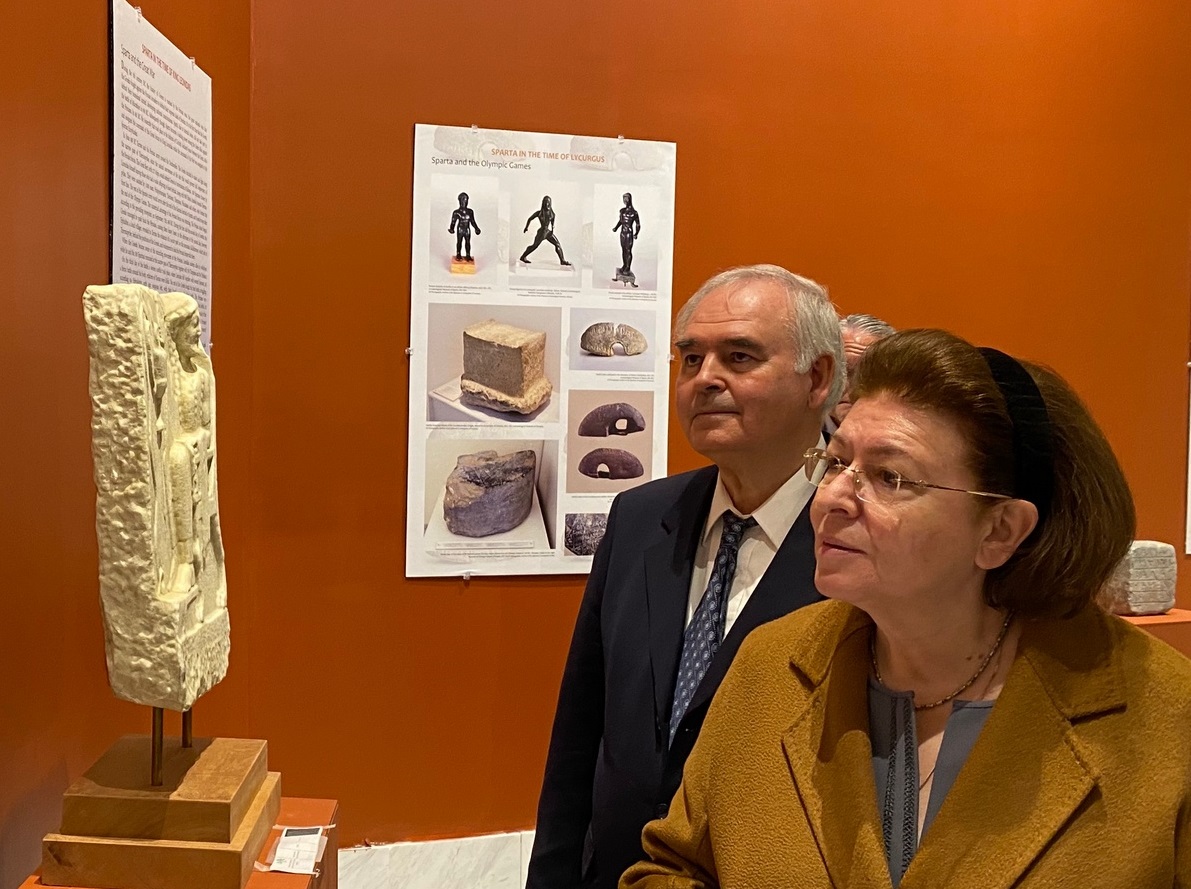 President of the “Paideia” Center for Hellenic Studies Elias Tomazos with Mendoni at the Sparta Museum. Photo source: Ministry of Culture.

During her UConn tour, the Greek culture minister made a stop at the university’s Center for Hellenic Studies “Paideia”.

Established in 1974 as a student organization, “Paideia” was later incorporated in the institution as an educational non-profit organization aiming to promote Greek culture and language.

Mendoni attended an honoring event where she was bestowed the title of Benefactor recognizing her long-term support and collaboration with the Center and her assistance in creating the Sparta Museum at the university’s campus. 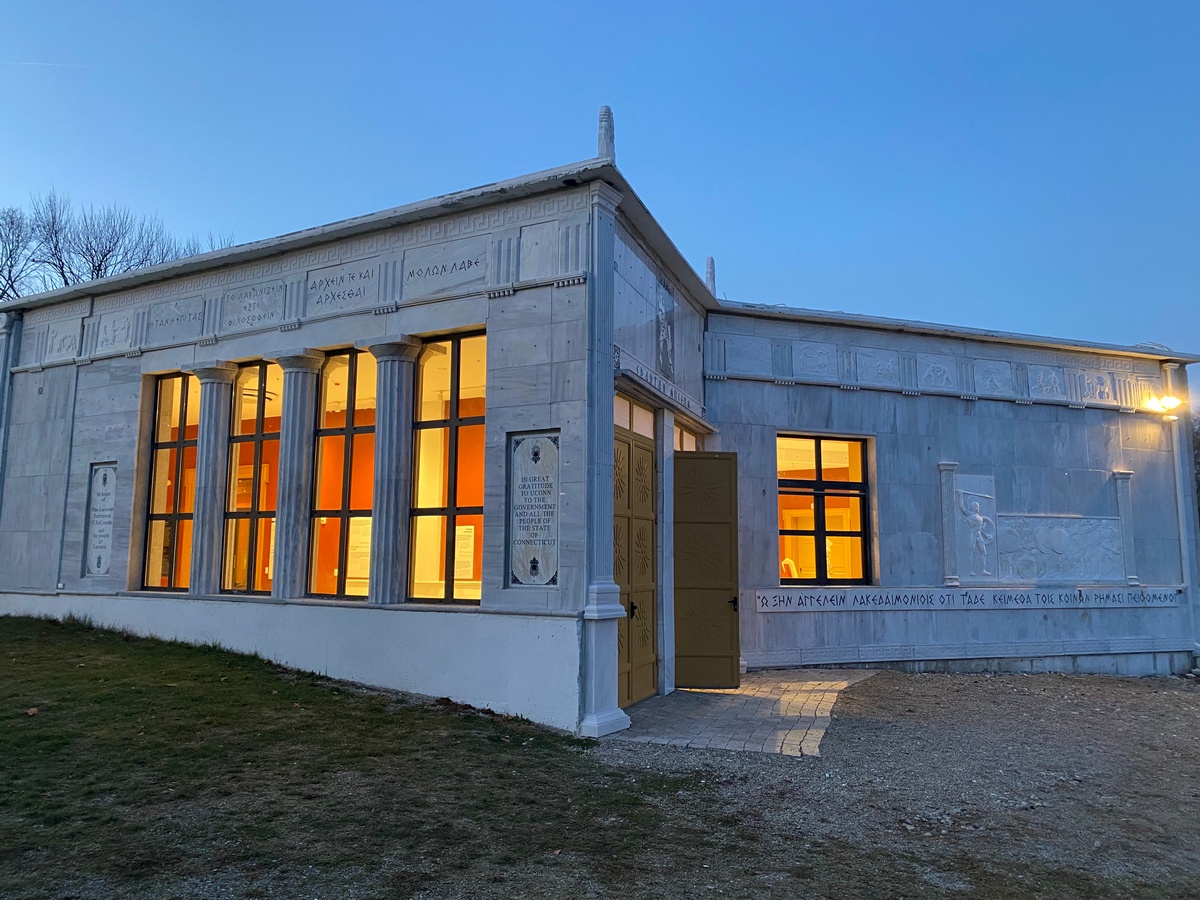 “I am very happy and moved to see the excellent infrastructure of the museum complex you have created,” said Mendoni, adding that the museum will highlight the history of ancient Sparta in the best possible way.

During her speech, she referred to the close ties between “Paideia” and the Culture Ministry which date back to 2012 when the Ministry offered a building on Rhodes where American students could study during their summer or academic semester programs taking place in Greece. 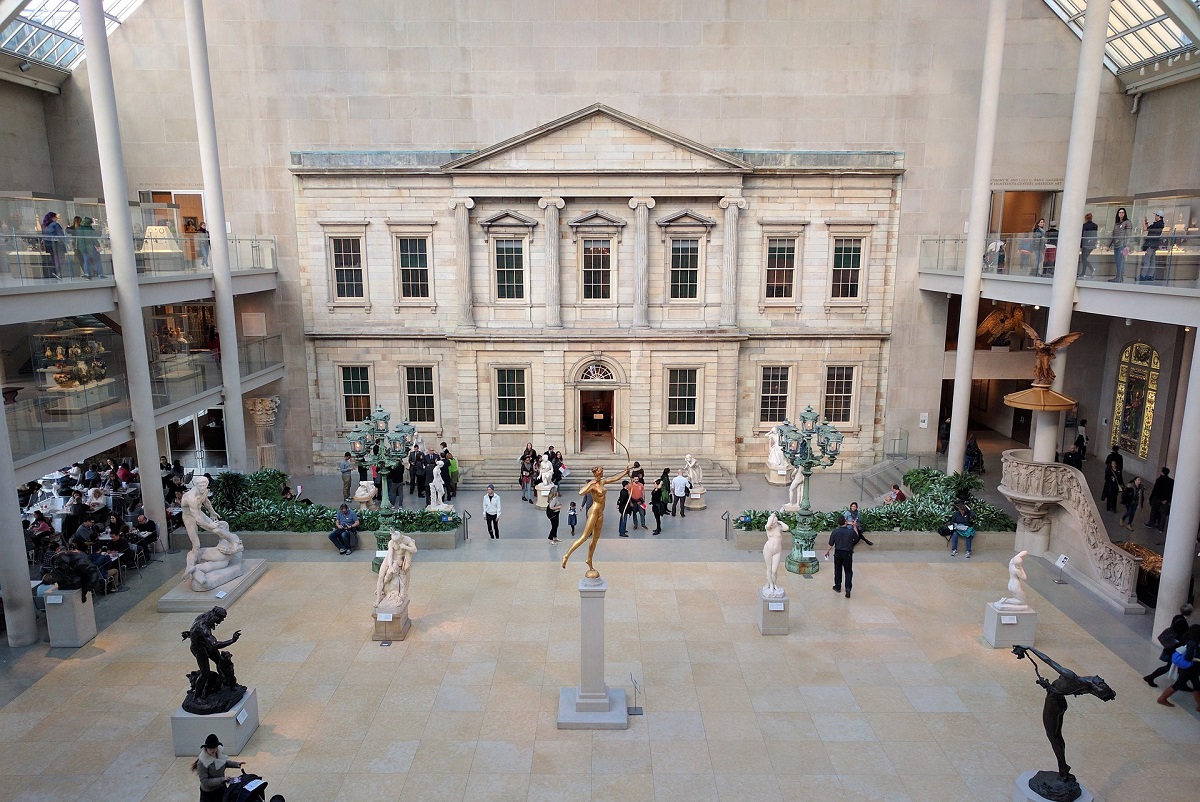 While in the US, Mendoni also met with Seán Hemingway, Greek and Roman Art curator at The Met in New York, to discuss details surrounding the MoU signed last month in Greece between the Culture Ministry, the Met and the Museum of Cycladic Art.

The MoU foresees a series of actions promoting Cycladic Culture that include, among others, the creation of a digital database, an excavation at  prehistoric sites at the Cycladic islands under the directorship of the Cyclades Ephorate, as well as a “Cycladic Culture Research Center” at the museum of Naxos which will open its doors in 2026.

Mendoni and Hemingway also discussed the future expansion of their agreed collaboration through joint exhibitions co organized by Greek museums and The Met.