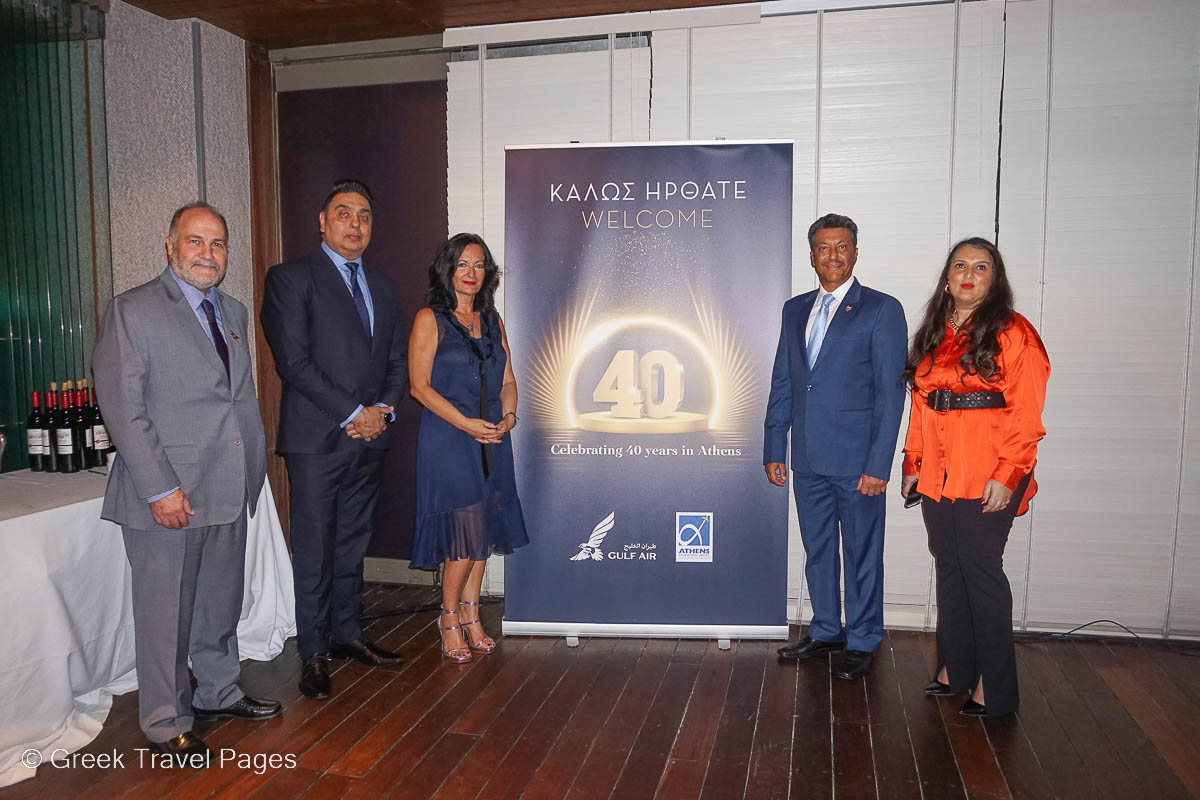 The airline first launched direct flights between Bahrain and Athens Airport which, back then, was located in Hellenikon, in 1980. Gulf Air started flying to Athens on Boeing 737-200 aircraft and then evolved to serving the destination with the TriStar and then the Boeing 767-300 and Airbus A340. Today the airline serves the Athens market with the Airbus A320neo.

Gulf Air has been flying to Athens International Airport (AIA) in Spata since its opening in 2001. The airline currently operates daily flights from Bahrain to the Greek Capital. 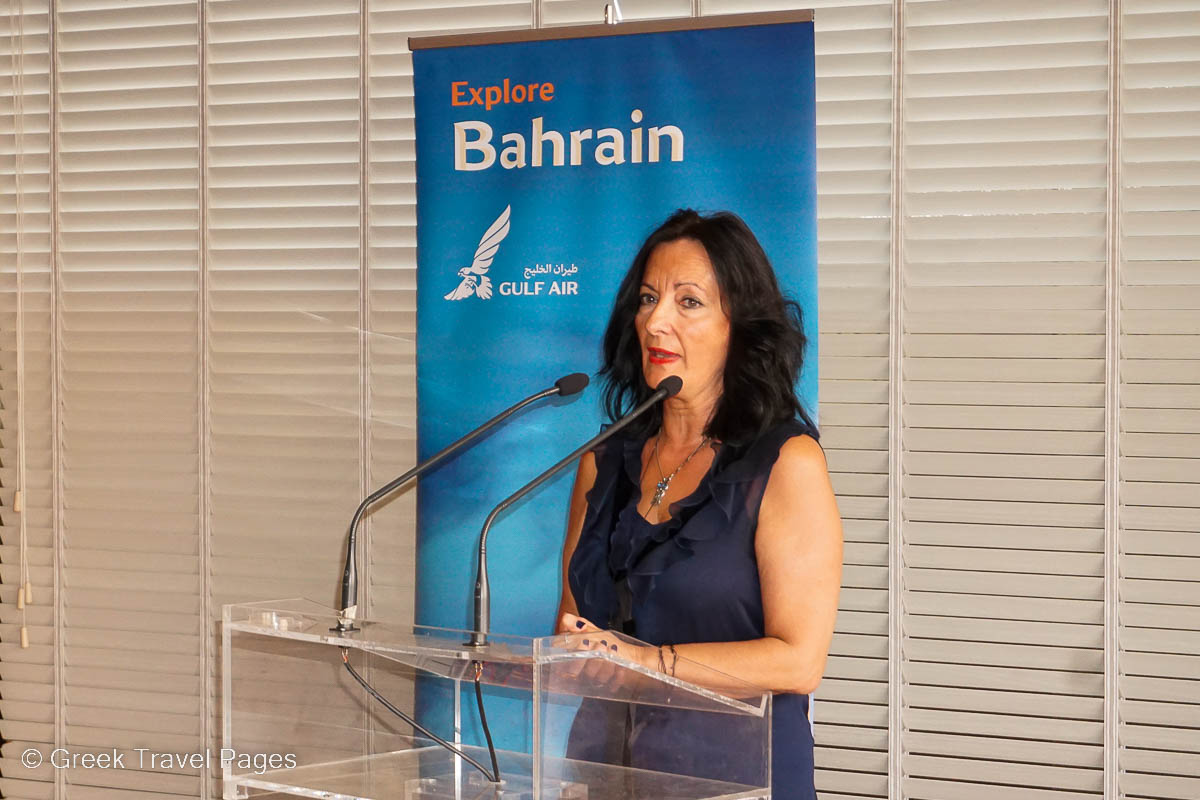 “During these 21 years of operations, Gulf Air has carried approximately 800,000 passengers to and from Athens on 10,000 flights and it has been a major contributor to the connectivity of the city, of the region and of the country,” AIA Director of Communications & Marketing Ioanna Papadopoulou said during the event.

Referring to Gulf Air’s performance at Athens Airport in 2022, Papadopoulou said that the airline has demonstrated an increase in flights and passengers in the first 9 months of the year compared to pre-pandemic 2019 levels. 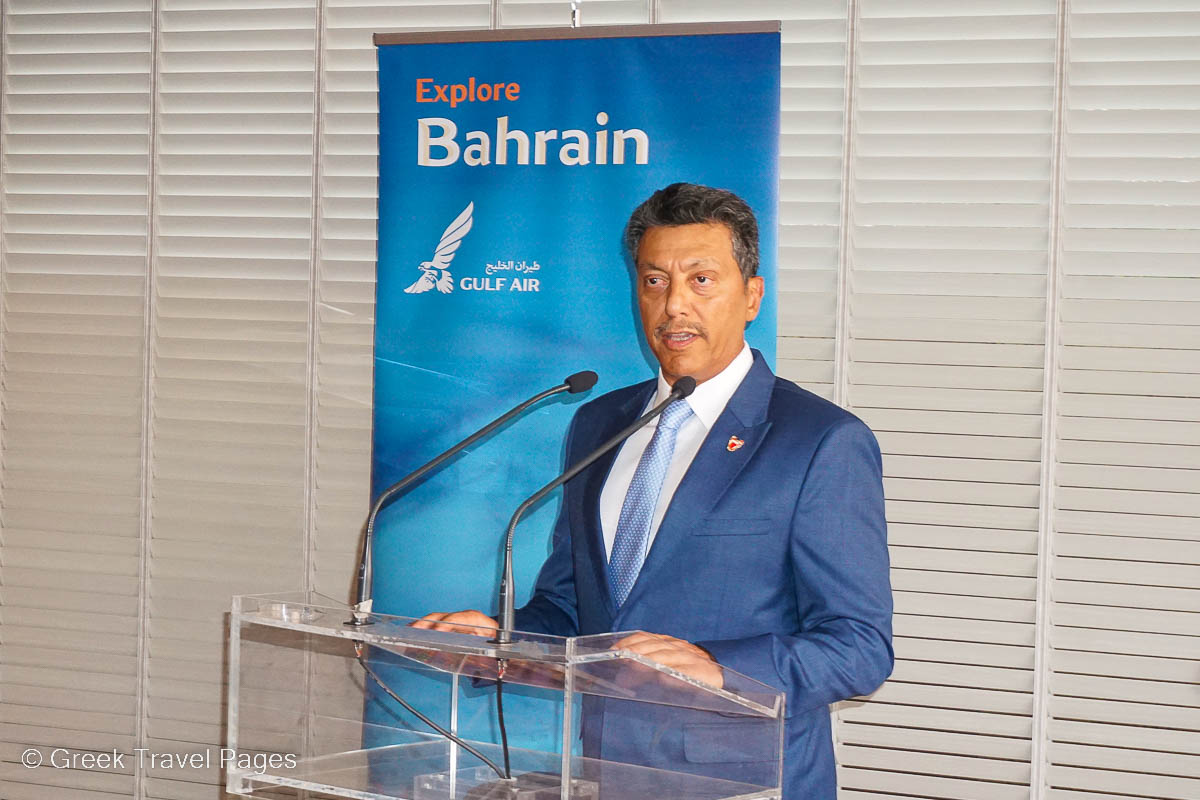 On his part, Gulf Air Acting Chief Executive Officer Captain Waleed AlAlawi highlighted the strong trade and commerce relationship between the Kingdom of Bahrain and Greece.

Captain AlAlawi said Gulf Air values the Athens route as it links both countries with a flow of tourists to both destinations.

“We are looking at the options of strengthening our relation with Athens Airport,” he said during a Q&A session with the Greek media, adding that the airline is also exploring the possibility of operating from Athens to other destinations as well.

With regard to the possibility of flying to more destinations in Greece from Bahrain, Captain AlAlawi mentioned that a connection to the island of Rhodes is being considered in addition to the airline’s seasonal flights to Mykonos and Santorini. 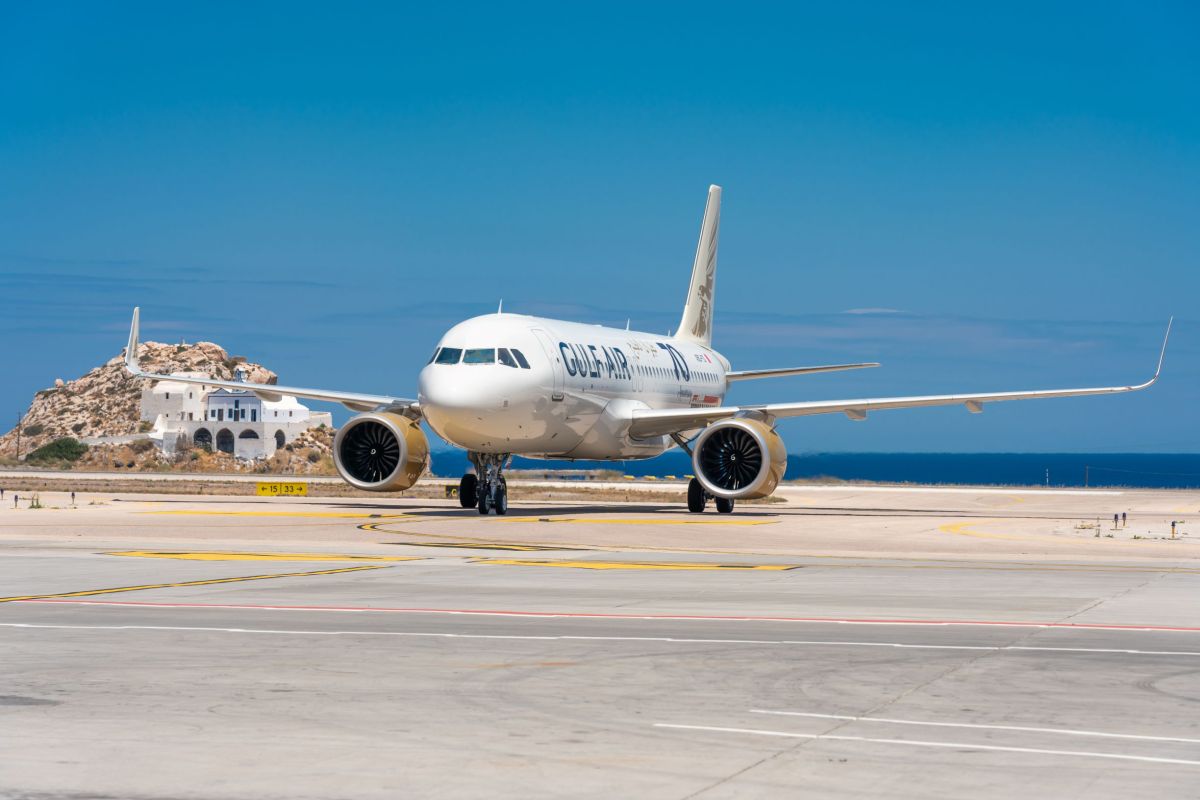 “We fly to Santorini and Mykonos during the summer and we’re looking at more destinations such as Rhodes,” he said.

While giving facts about the airline, Captain AlAlawi informed that Gulf Air never stopped flying during the Covid-19 pandemic and played a significant role in repatriating stranded passengers and seafarers.

Gulf Air has been operating for 73 years and today serves 53 destinations in 28 countries. 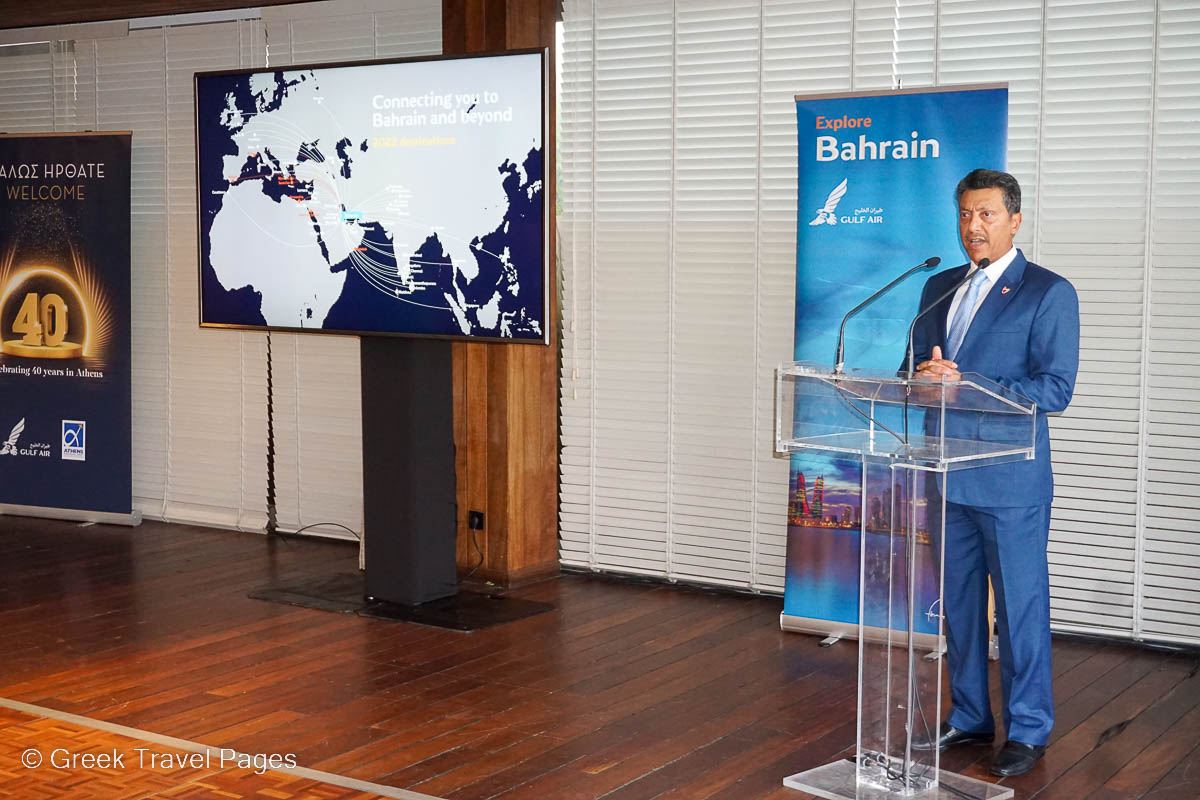 “Over the past 5 years, significant changes have taken place at Gulf Air. Five years ago we were a 3-star airline and today we are a 5-star airline,” he said.

It should be mentioned that Gulf Air was named the winner of the World’s Most Improved Airline at the recently held Skytrax World Airline Awards 2022.

Who flies on the Bahrain – Athens route? 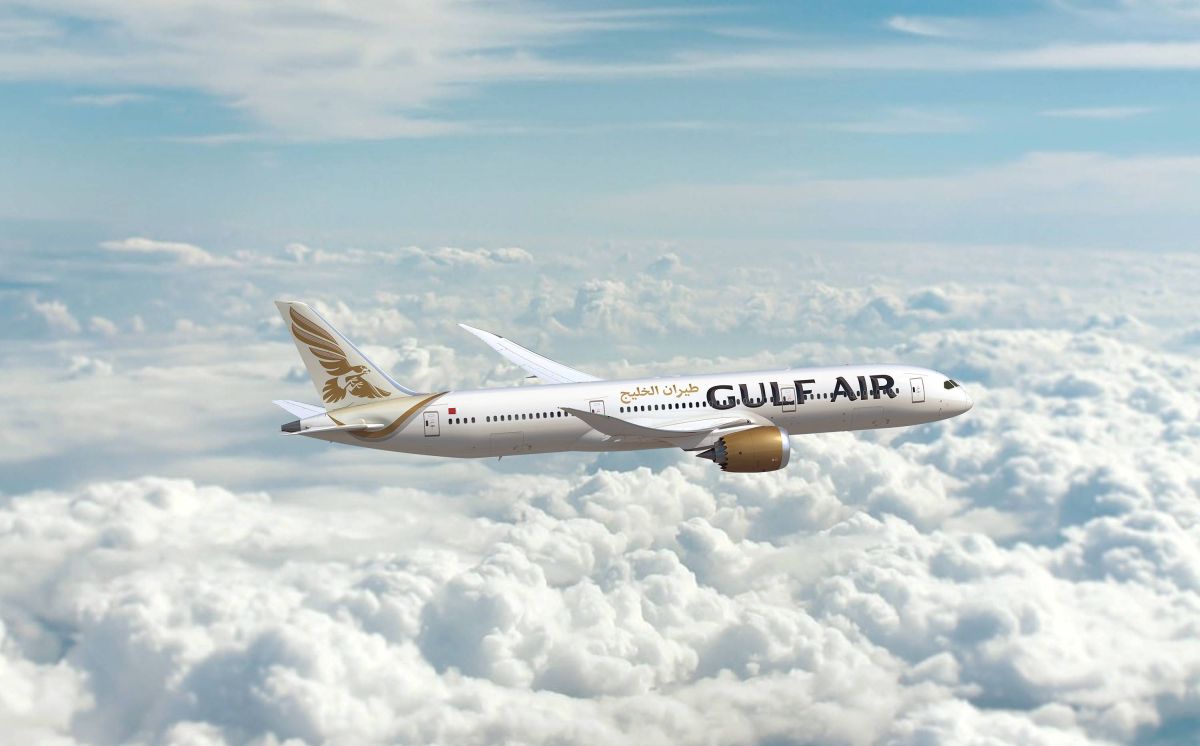 According to data by AIA, 81 percent of the travelers on the Bahrain-Athens route are foreigners and 19 percent are Greeks. The majority of passengers (57 percent) travel for leisure while 33 percent travel for business and 10 percent visit friends and relatives. In addition, 56 percent of the airline’s passengers that depart from Athens are traveling to Bahrain and 44 percent have an Asian country as their final destination.

‘Treat yourself with… Thessaloniki’ Promo Video Travels Around the World