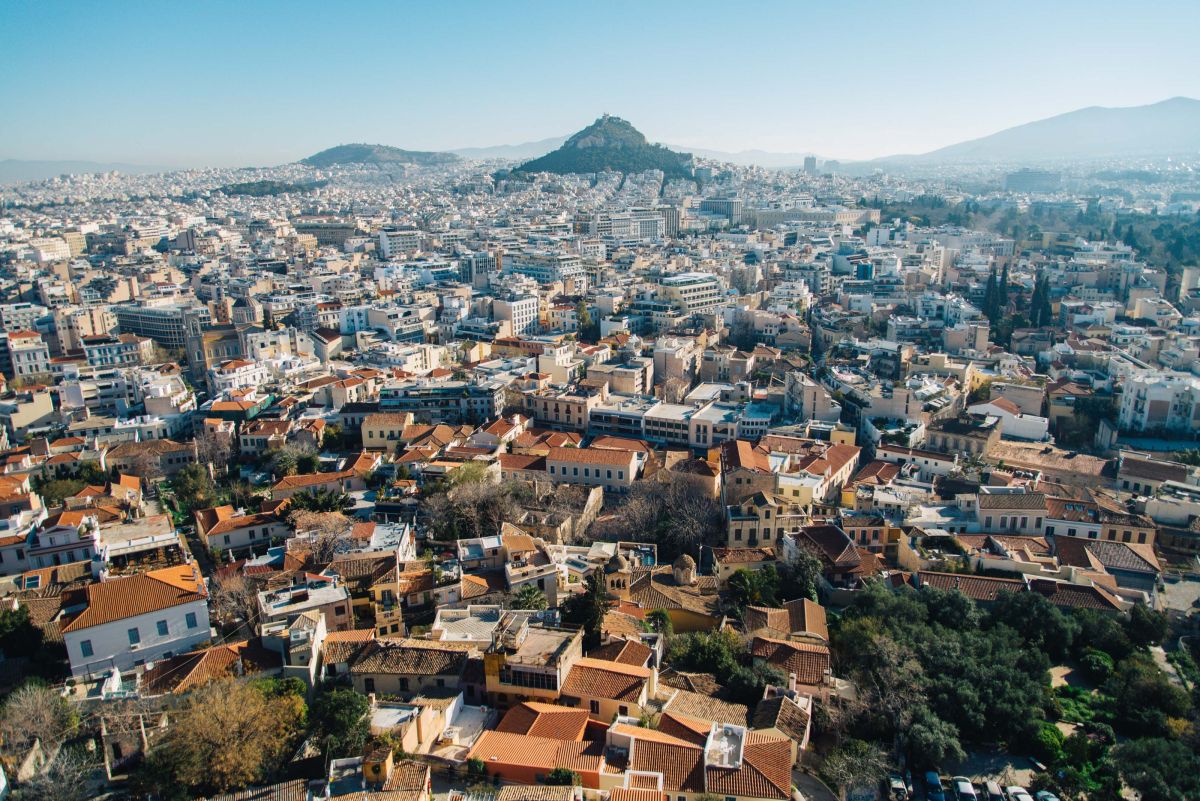 Greece’s capital city Athens is among the top destinations in Europe that offered the best value for money during the month of June, according to a new study released on Wednesday.

Conducted by Mabrian, a leading tourism intelligence company, the study analyzed air connectivity, the average hotel price, and the levels of satisfaction and perception of visitors.

With regard to air connectivity, Mabrian looked at the number of seats on scheduled flights and the number of cities and countries with which each destination has a direct connection.

The analysis of visitor satisfaction is part of the Mabrian indices that measure the level of satisfaction and perception that visitors have with destinations in general and regarding the most relevant areas such as security, climate, accommodation and the tourism product offer.

Zagreb leads the ranking of cities 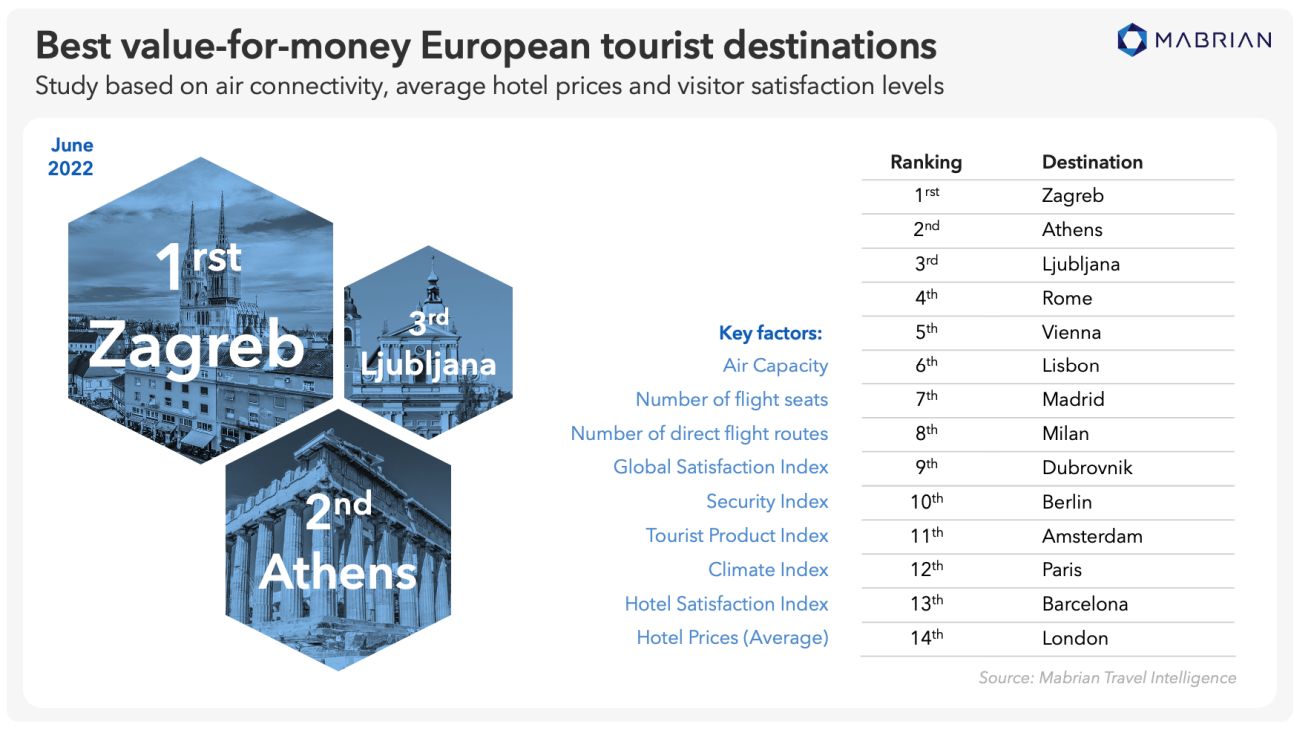 According to the study, the destination that offered the best value for money during the month of June was Zagreb, located in northwestern Croatia. Despite being among the last in terms of air connectivity, it has a very high level of satisfaction in most of the areas analyzed.

In second place was Athens, Greece, which is better connected than Zagreb but with a slightly higher average price and lower satisfaction levels than the Croatian city.

Ljubljana, the capital of Slovenia, is one of the destinations analyzed with the most competitive hotel prices and high levels of satisfaction. However, it remains in third position because its air connectivity is limited.

Dubrovnik, also in Croatia, is the destination with the highest satisfaction levels among the analyzed destinations. However, the average hotel price is high and air connectivity is limited, which places it in ninth position.

According to Carlos Cendra, Mabrian’s Director of Sales and Marketing, there is a growing trend of demand for less crowded and more authentic destinations.

“For this reason, countries such as Croatia and Slovenia and their capitals are highly valued destinations due to their balance between a destination that offers security, a differentiated offer of activities and a very attractive average price,” he said. 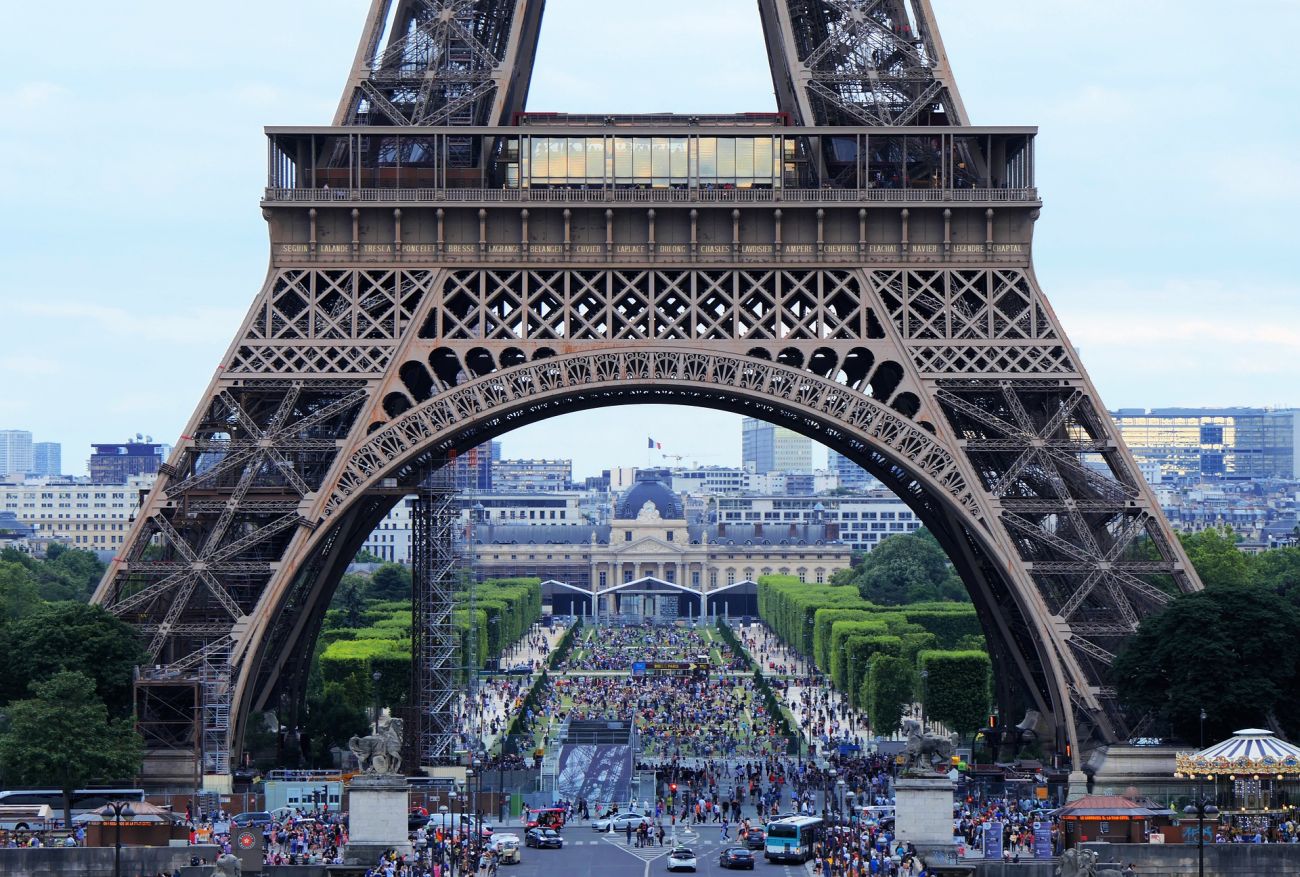 London and Paris, despite being better connected, are penalized by a very high average hotel price among the destinations analyzed. In addition, the two capitals showed lower levels of satisfaction. Visitors are particularly dissatisfied with the hotel service in London and with the offer of tourist products in Paris.

Other big tourist cities such as Berlin, Barcelona and Amsterdam are at the bottom of the list for their high hotel prices and for the level of satisfaction, which remains low. This last indicator may be due to the tourist saturation that they have had since the beginning of the summer, and also due to the delays and cancellations of flights that have been taking place lately.

“The most mature urban destinations are suffering a rebound effect in demand that generates an increase in average prices and a reduction of the customer experience due to the possible saturation at some times and places,” Cendra highlighted.

By indices, the security perception index (PSI) analyzed by Mabrian, is led by Dubrovnik and Lisbon, followed by Milan and Madrid. At the bottom of this index are Berlin, Barcelona and Vienna.

Regarding the perception of the tourist product available, Dubrovnik, Ljubljana and Athens are at the top of the ranking, and at the bottom are Paris, Madrid and Barcelona. 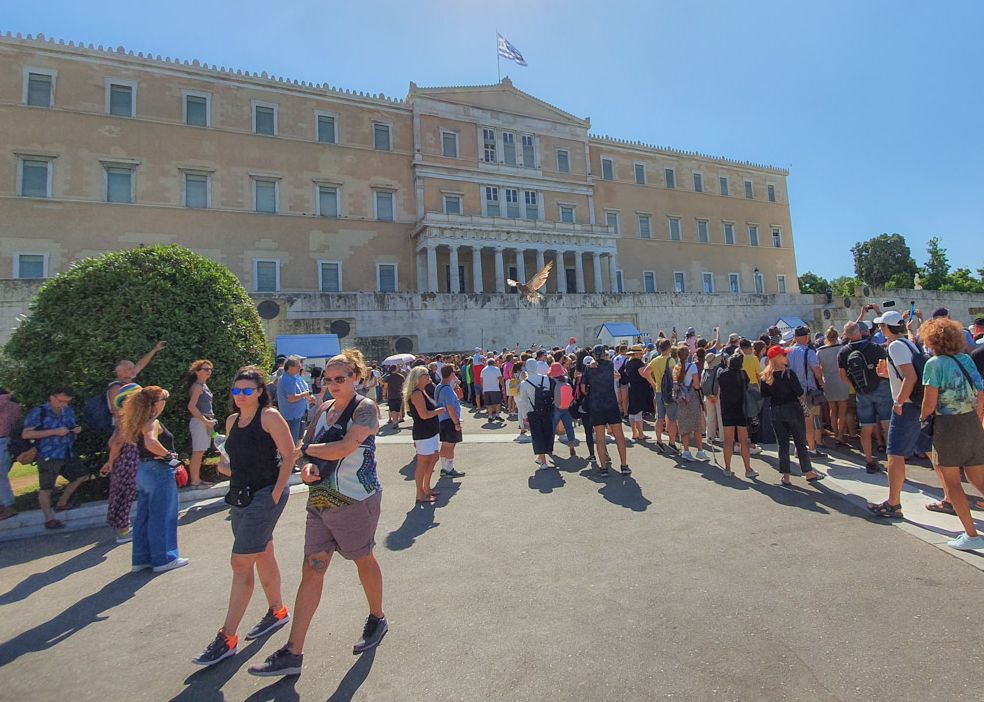 The climate perception index (PCI), which allows knowing the relationship between the expectations of visitors and the reality of the climate in the destination, is led by Dubrovnik, followed by Rome and Milan; whilst at the other end the final three are Amsterdam, Paris and Vienna.

According to the index of satisfaction for hotels (HSI), the best scores are for the cities of Zagreb, Dubrovnik and Ljubljana, while London, Berlin and Amsterdam are at the bottom of the ranking.