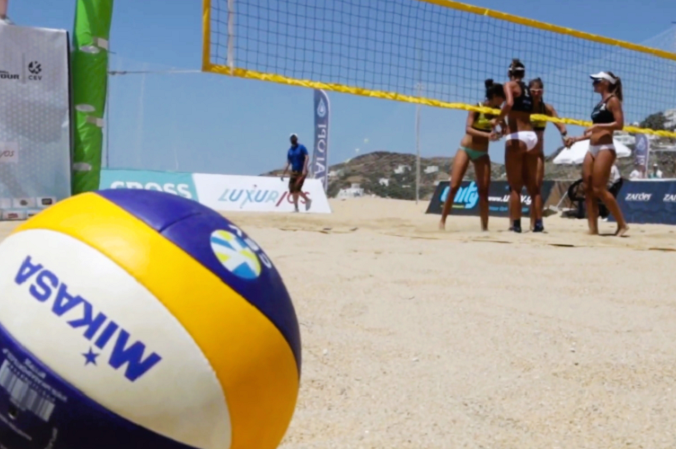 The island of Ios, located in the Cyclades, this summer will host the Beach Volley Features 2022, an international tournament expected to host top athletes from all over the world.

Scheduled to take place on the beach of Mylopotas during June 29 – July 2, the tournament will host athletes and national teams from Europe, the US, Asia, Africa and Australia, as well as Greece.

Ios first hosted the sports event in the summer of 2019. The beach of Mylopotas had then welcomed a total of 64 teams from 25 countries.

The 2019 tournament has been awarded as the best summer event at the Sports Marketing Awards.

Ios Mayor Gkikas Gkikas said that such international sports events benefit tourism both on the island and in Greece.

“Ios offers adrenaline, competition, wellness and positive energy. The establishment of an international championship on a small but charismatic island like Ios attracts tourists with special interests from all over the world, benefits Greece in terms of tourism, contributes to the extension of the season and is a legacy for sports and the new generation,” he said.

Beach Volley Features 2022 is organized by Luxurios with the support of the South Aegean Region and the Municipality of Ios among other organizations.