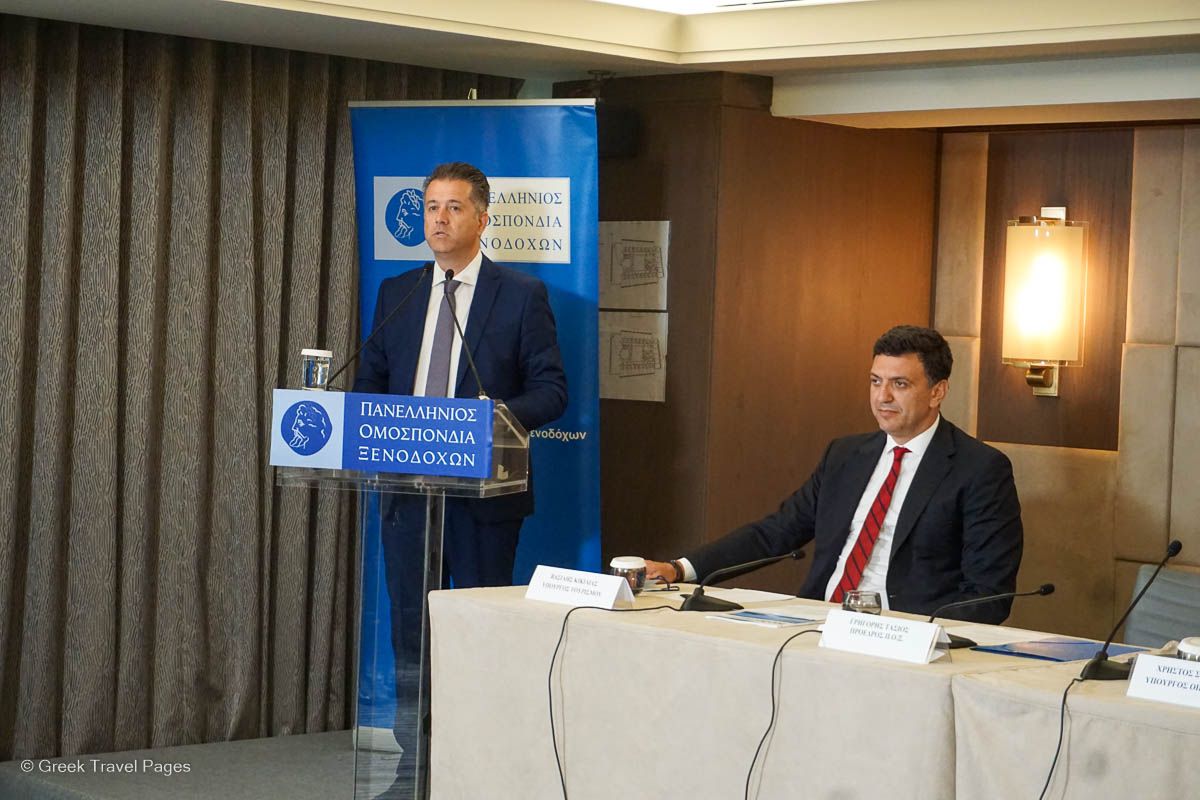 Although demand for travel to Greece this season is on the up, the country’s tourism sector’s post-Covid recovery must contend with challenges, according to Greek hoteliers.

“We are ready to give the battle of the season, to make the most of the momentum gained last year because we are fully aware of the importance of tourism for the economy,” the president of the Hellenic Hoteliers Federation, Grigoris Tasios, said on Wednesday.

Speaking during the federation’s general assembly held in Athens, Tasios underlined that he expects 2022 to be a “good tourism” year.

However, he said the high demand and increase in arrivals expected in 2022 does not necessarily mean a recovery for hotel coffers as the heavy blow of the Covid-19 pandemic has left many professionals this year with dues to the State and banks.

Tasios added that following the shock of the pandemic, professionals are now facing a global “tsunami” of price increases in energy and products, at a time when a war is taking place between Russia and Ukraine and the situation is deteriorating daily.

“At the moment, the operating cost per room each night has increased by 25 to 30 percent,” he said.

Meanwhile challenges remain in the form of staff shortages and unfair competition Greek hotels are facing from Airbnb-type rentals.

Short-term rentals: Inadequacy of legislation a major issue for hoteliers

Speaking during the general assembly, the president of the Greek Tourism Confederation (SETE), Yiannis Retsos, referred to the unfair competition hotels are facing from Airbnb-type rentals in Greece due to certain “loopholes” in the current short-term rental legislation. 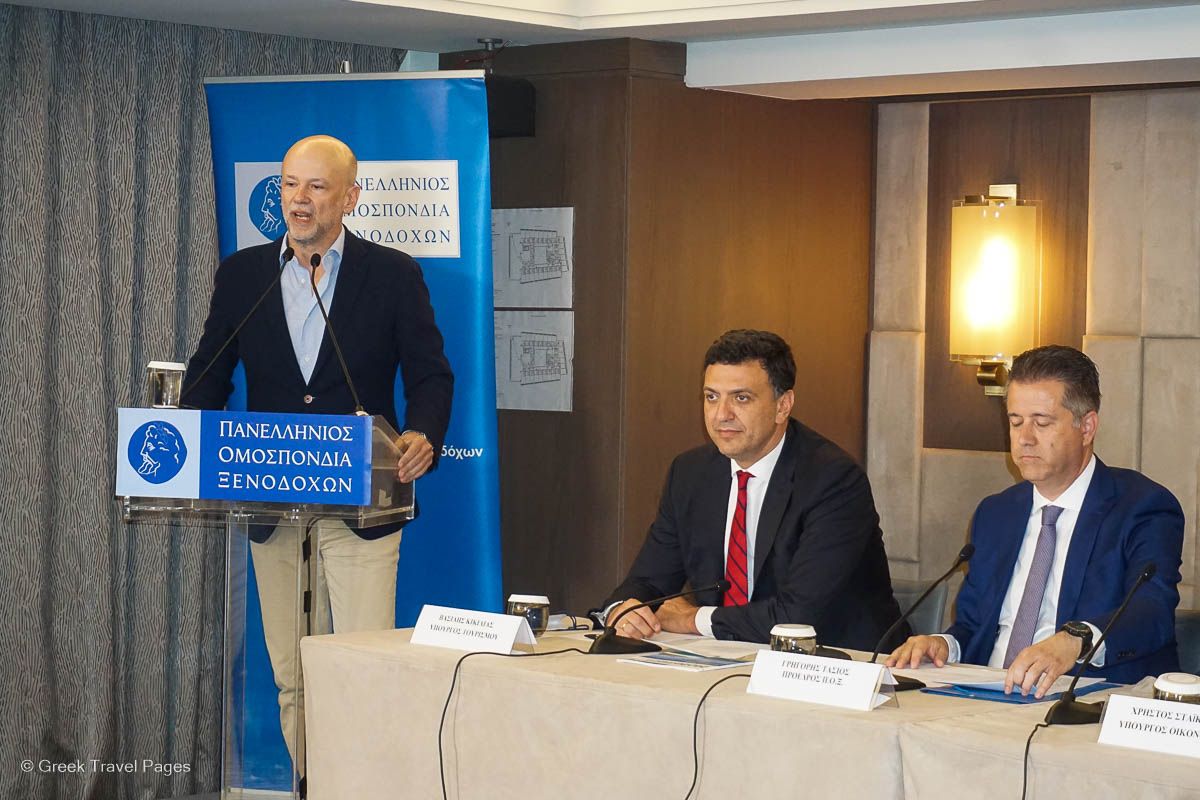 “However, these days we have reached a situation where Greek and foreign companies are now appearing in all areas of Greece, mainly in large urban centers, and buying entire buildings that then function as hotels with full services,” SETE’s president stressed.

According to Retsos, the current short-term rental legislation in Greece must be revised in order to keep the hotel industry competitive.

“This is also a great loss for the government, for the economy… Besides the unfair competition there is also a loss of insurance contributions, there is undeclared work… We are 100 percent against this and will fight it as much as we can… The issue is huge and also has to do with the quality of the tourism product and protection of consumers,¨ he said.

SETE’s president added that sector professionals recently sent the government a new set of provisions that correct the current legislation.

Echoing Retsos, the president of the Hellenic Chamber of Hotels, Alexandros Vassilikos, also called for a clear and more defined national legislation. 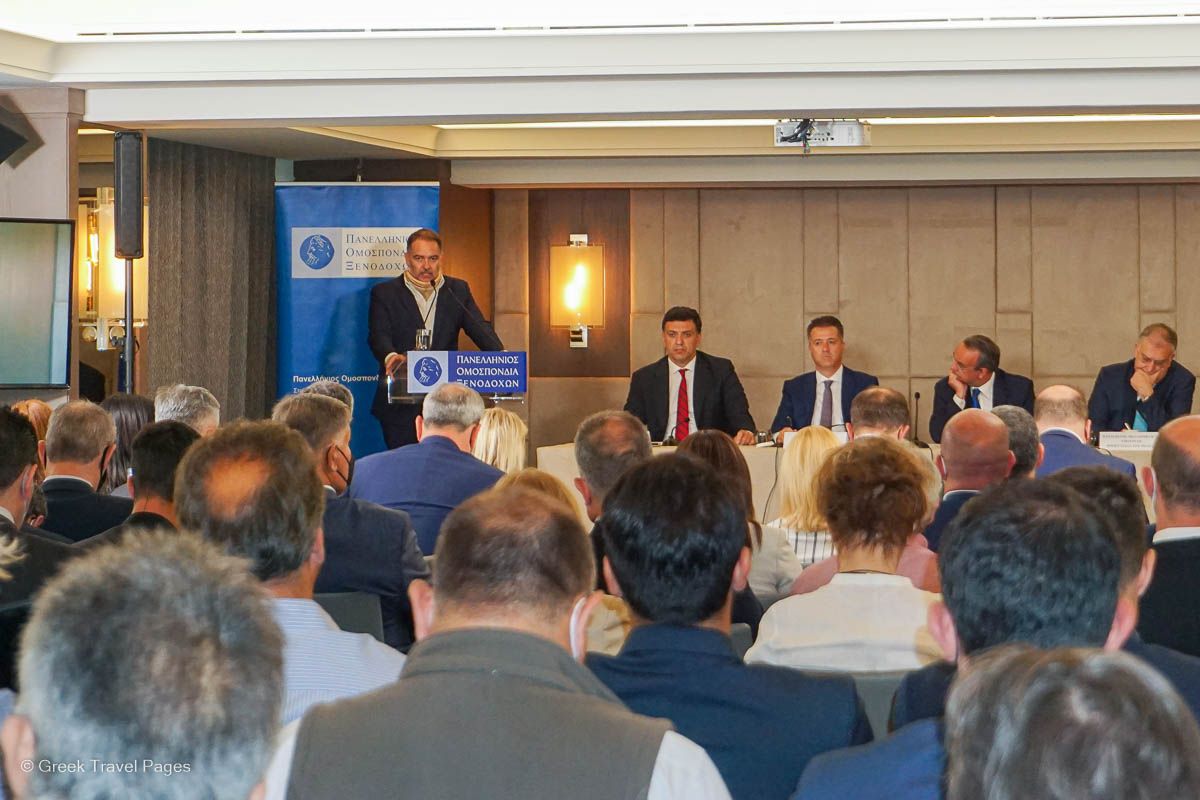 “The hotel industry has never been against development, in this case the sharing economy… However, we have been focusing on this issue since 2012 and I must say that we are currently the only Western country that has not regulated this activity,” Vassilikos said.

Also present at the general assembly was the governor of the Independent Authority for Public Revenue (AADE), George Pitsilis.

Although he did not directly address the issue of companies operating whole apartment buildings as hotels, AADE’s head informed that checks will be carried out in the context of Greece’s cooperation with the three leading short-term rental operators (Airbnb, Booking.com and VRBO).

“All listings of homes/apartments that do not have a property registration number (AMA) will be removed from the platforms by the end of the year,” Pitsilis said, adding that AADE will also be checking platforms that rent out luxury villas for the short-term. 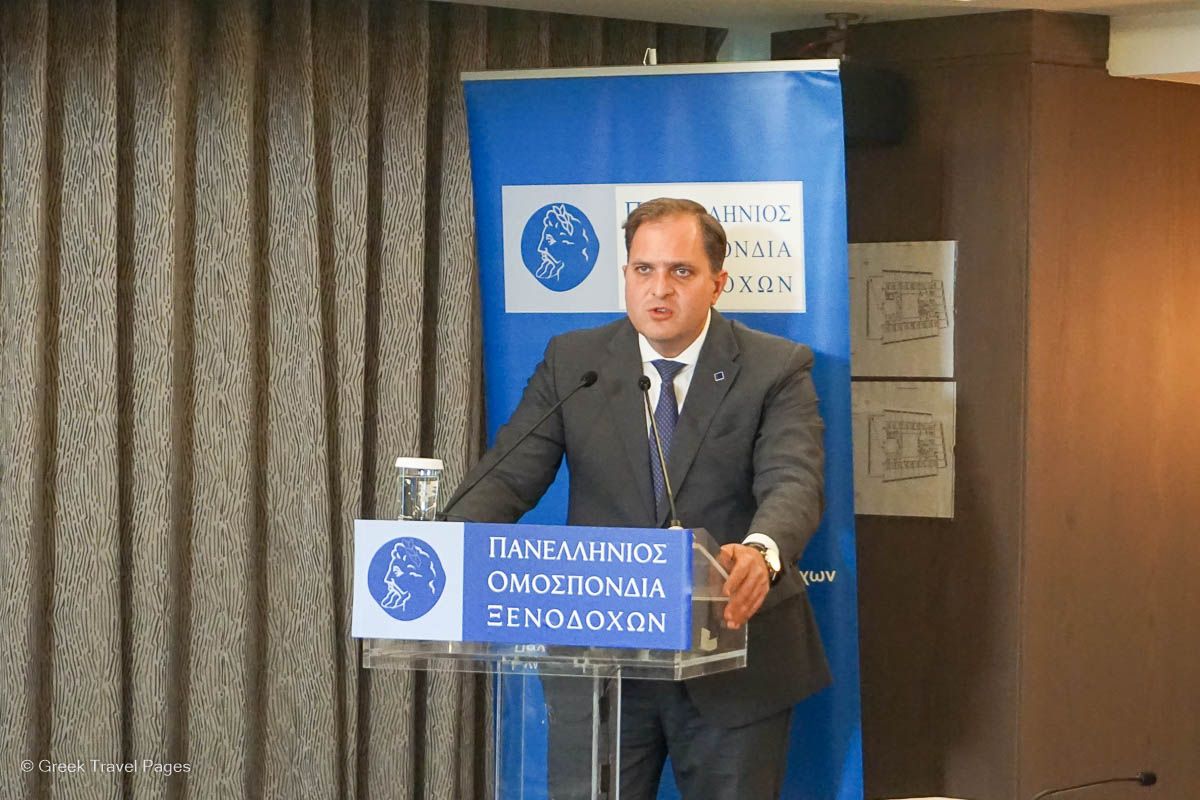 “AADE is working to set the boundaries between the hotel sector and the short-term rental market… We are stepping up our checks because it is important to ensure healthy competition,” Pitsilis said.

The extreme staff shortages the tourism industry is facing was also included among the challenges of the hospitality industry.

Underlining that the main reason young people do not want to work in tourism is because the employment is seasonal, SETE’s president, Yiannis Retsos, called for a strategic approach to the issue.

“We need initiatives by the private sector in cooperation with the government towards mitigating seasonality… We also need employment policies in the winter for these workers,” he said.

It is noted that for this year and for the first time, in efforts to address staff shortages in tourism, the government has invited sector businesses to declare vacant positions for the June-August period to the Public Employment Service (DYPA).