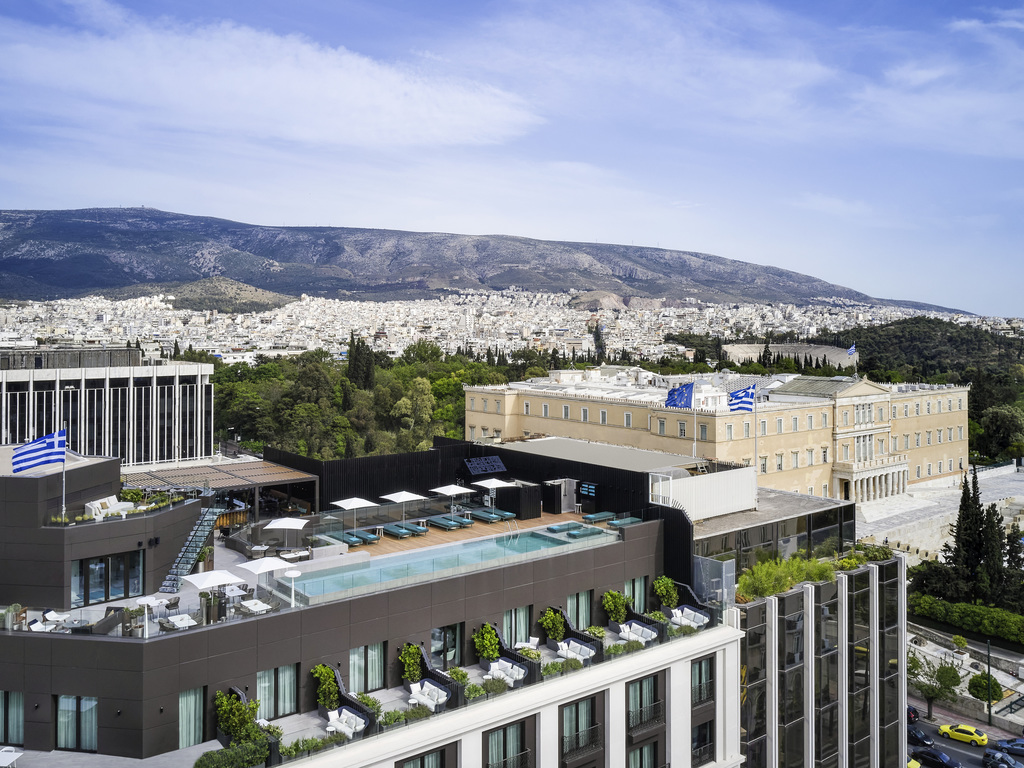 The Athens Capital Hotel-MGallery Collection, a member of the MGallery Hotel Collection of Accor, in the Greek capital.

That’s how Accor‘s chairman and chief executive officer, Sébastien Bazin, described Greece as a tourism destination during the 5th International Hospitality Forum, held by the Hellenic Chamber of Hotels on Saturday.

Speaking to the chamber’s president, Alexandros Vassilikos, during a video interview, Bazin said that Athens is a unique European capital city and as a destination has the advantage of including access to the coast, which is “only 20 minutes away” from the center.

“Accor could do so much more in Greece,” he told Vassilikos, adding that the multinational hospitality group would be interested in developing more in the country.

“We cannot miss the ‘Greece opportunity’ at Accor,” he said. 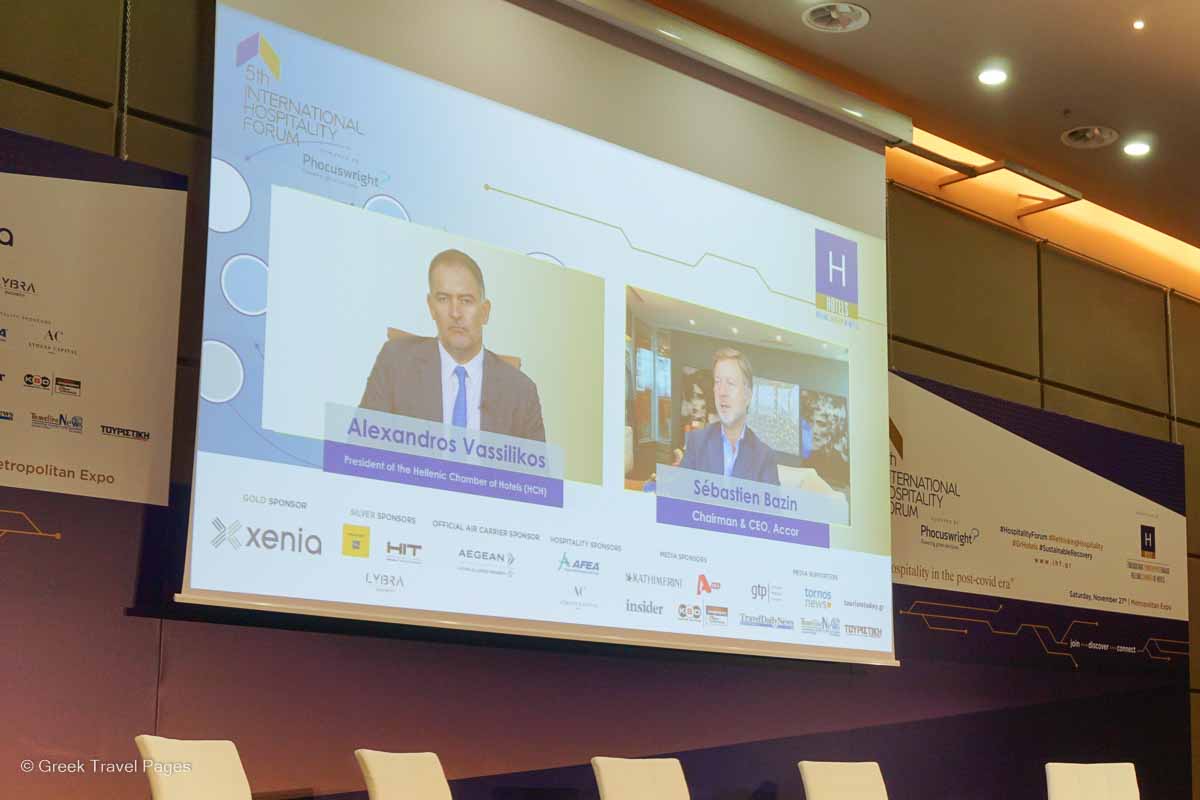 Regarding Greece’s tourism performance in 2021, Bazin mentioned that the country started the season early and on time.

“What the Greek government has done in terms of promoting Greece for the summer months ago put you almost ahead of everybody else, which is why you had a very good summer,” he said, adding that Greece opened in very organized way.

“People probably had the chance to discover Greece this year much more so than ever,” Bazin highlighted.

Greece should focus on its domestic tourists

When speaking about the hospitality market recovering from the Covid-19 pandemic, he pointed out that Greece, like other destinations such as France, should focus more on “the big benefit” of the domestic tourism market.

“We’ve forgotten about the domestic leisure market… We really need to cater for them because they (domestic tourists) are repeat customers and stay longer… This way we don’t have to depend so much on international travelers,” he underlined.

“Your country is so beautiful… Probably two thirds of Greeks haven’t gone to Crete, Santorini, Mykonos or Thessaloniki,” he added. 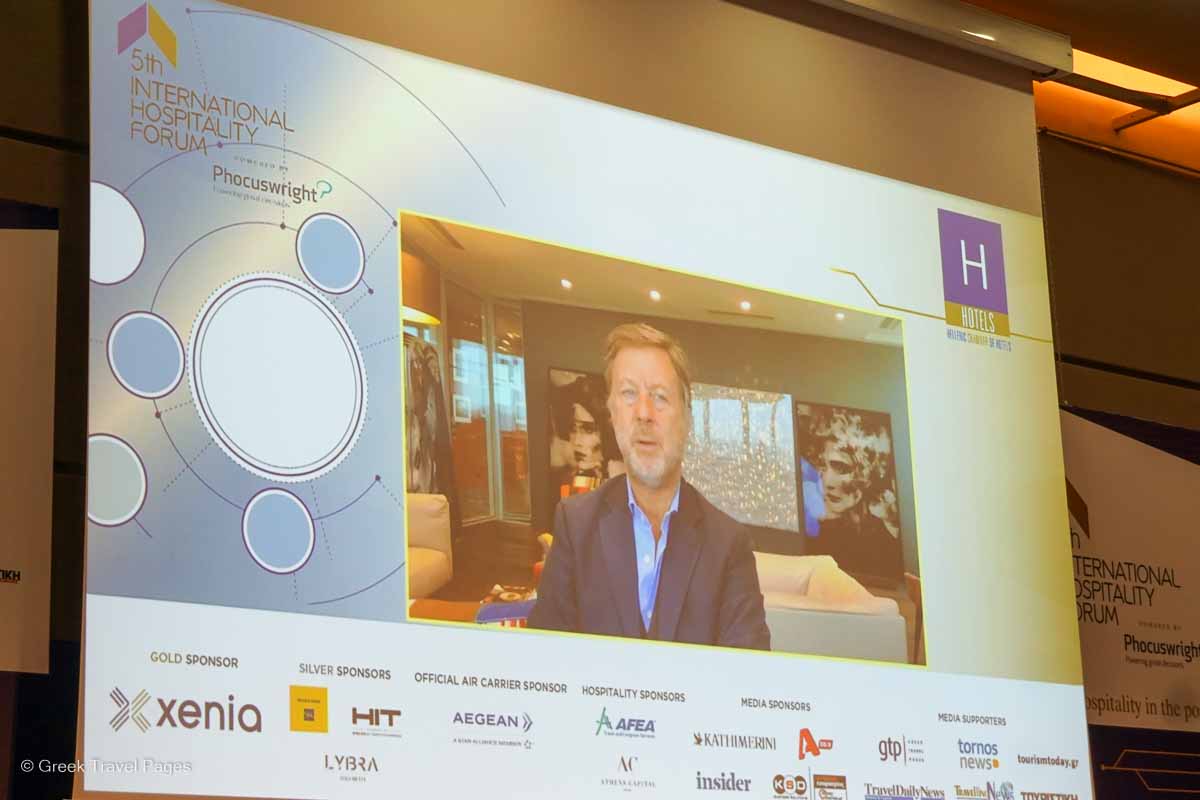 During the interview, Accor’s CEO said he expects the market’s recovery to take place in the first quarter of 2023 and referred specifically to leisure travel and regional business travel.

On the other hand he expects international long haul business travel to lag behind due to the alternatives offered by technology for business meetings (zoom calls).

According to company announcements, from 2022 onwards, other additions are expected, including the Niko Seaside Resort Crete MGallery in Agios Nikolaos, Crete, which will be the second MGallery in Greece.