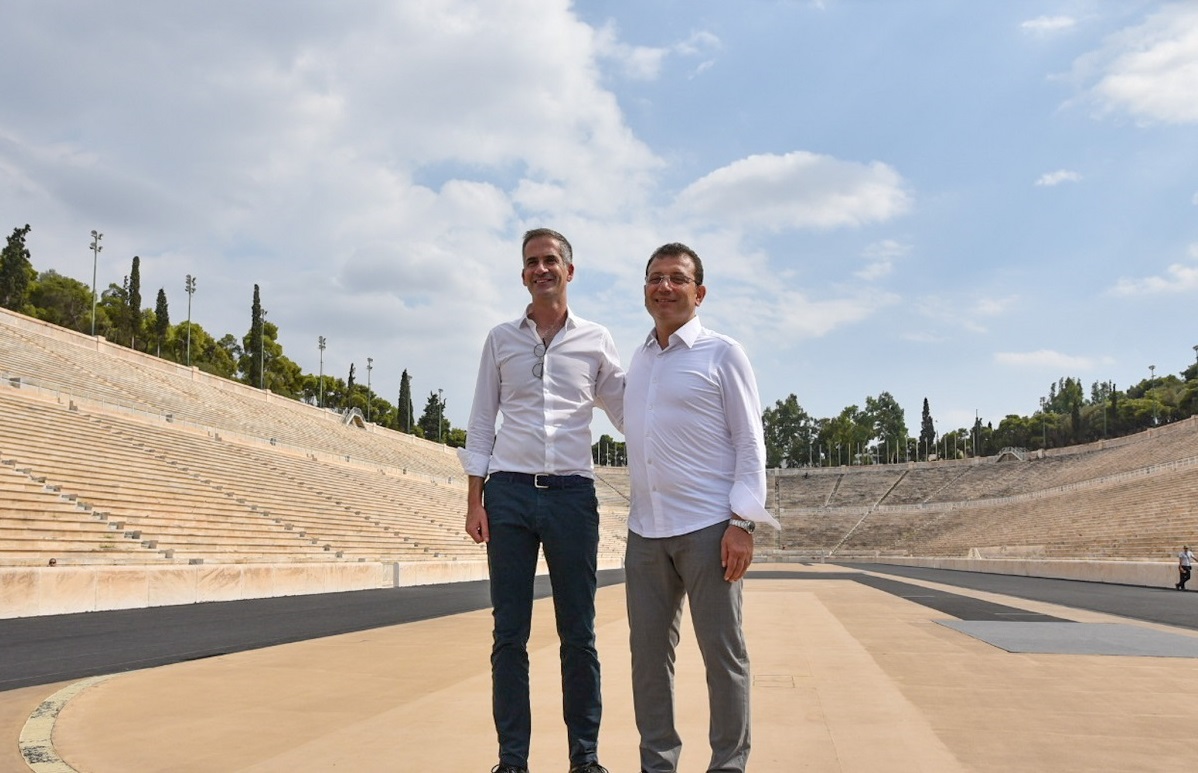 Imamoğlu arrived in Athens earlier this week to discuss mutual actions that would forge stronger ties between the two cities. After completing his official visit at Athens city hall, Imamoğlu on Wednesday visited two major construction sites in the Greek capital – one set up at Syntagma Square and the other at the National Gardens.

Renovation works at the lower part of Syntagma square began in August and are part of the municipality’s “Grand Walk” project that foresees the unification of Athens’ main monuments and landmark sites. 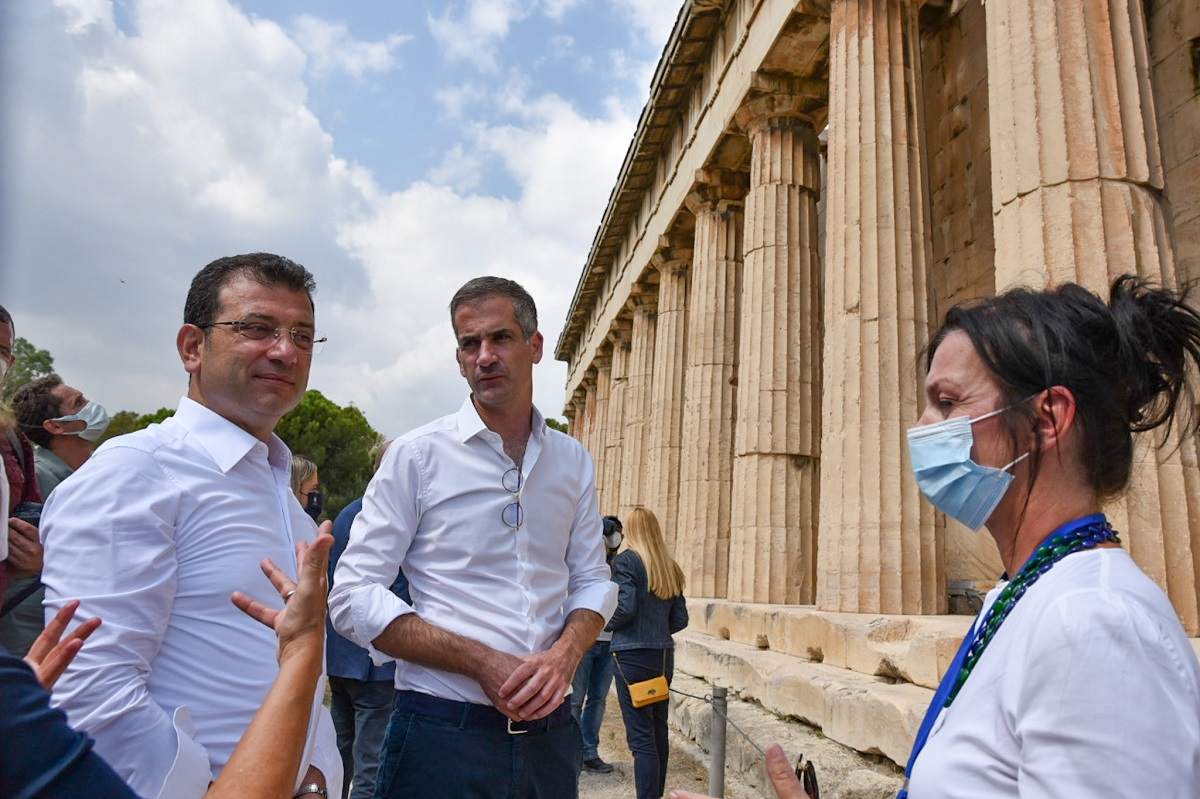 According to Athens Mayor Kostas Bakoyannis, the area will be redesigned according to the principles of sustainability and include 1,000sqm of free public space.

“Athens is taking steps forward. We are proud of our ancient glorious past, as we are of our modern way of life. And this city today, I have the joy and honor to show my friend, the Mayor of Istanbul. And whichever place we visit, we always discover new opportunities to further strengthen our cooperation. Because at the end of the day, this is what mayors must do. Our cooperation is not measured by words but by actions,” he said. 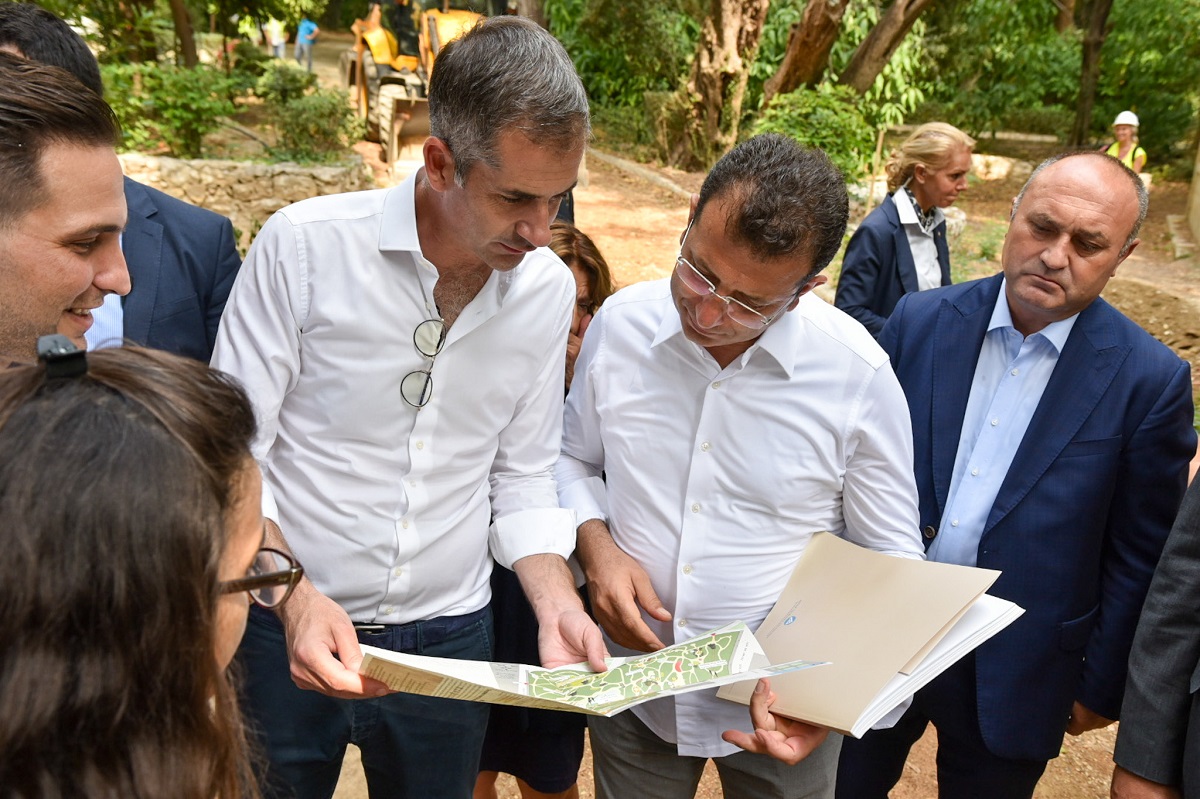 The two mayors also went to the National Gardens, where Bakoyannis presented and explained the interventions needed for the upgrade of the historic park.

The Greek capital’s mayor said the project would make Athens’ emblematic garden even more appealing, safe and accessible for residents and visitors. 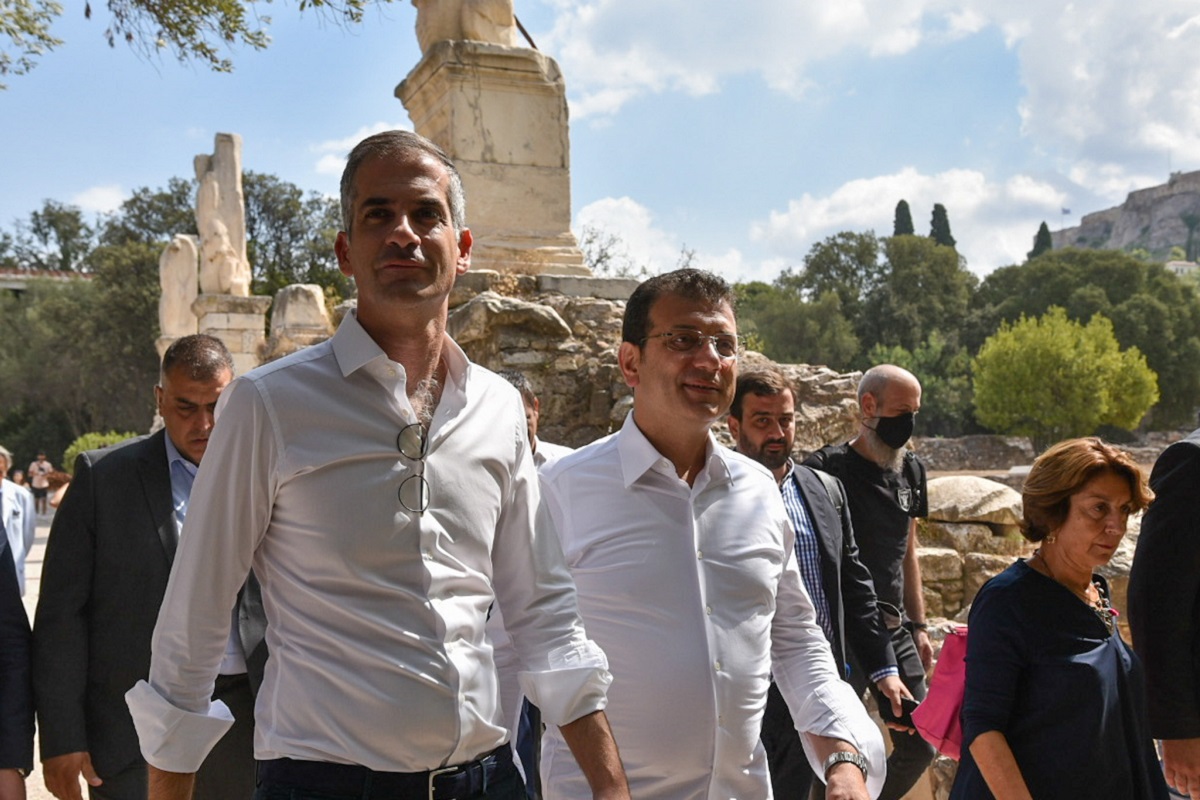 “Athens is setting a good example and I hope the same for Istanbul. We would like for Athens to have a symbolic presence in Istanbul either through urban equipment or other works, as well as for Istanbul to be present in Athens through various ways that we are already examining,” Istanbul’s mayor, Ekrem İmamoğlu, said.

The mayors also visited sites in Athens, including the Kallimarmaron Panathinaic Stadium and the municipality’s art gallery.