Survey: Half of Brits in Favor of Covid-19 Vaccination Passport 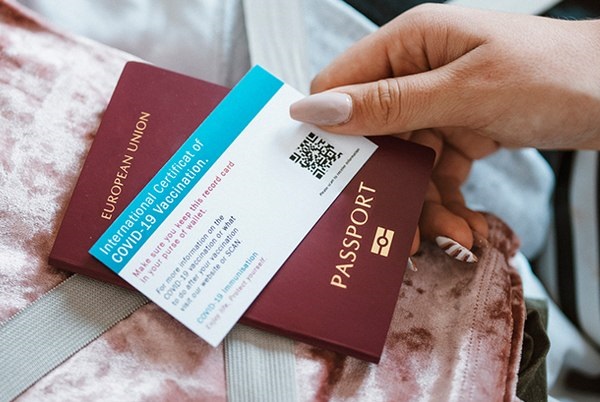 Half of the British public – 54 percent – would be in favor of the introduction of Covid-19 vaccination passports for global travel, according to a recent survey conducted by YouGov, an international research data and analytics group.

The vaccination passport or health pass is a digitally enabled solution confirming that a person has been vaccinated against the coronavirus.

YouGov polled almost 6,000 people to find out if they would support the introduction of vaccination passports. The poll revealed that support levels amongst those over 65+ rose to 72 percent compared to 35 percent amongst those aged 18-24.

One in five (19 percent) Brits say they do not know enough about health passports, whilst 14 percent are concerned these could be discriminatory, risk peoples’ private data or dissuade people from taking international trips.

The potential requirement for health passports is gaining support across Europe. Destinations popular with British holidaymakers including Spain, Greece, Portugal and Cyprus, have expressed support for the release of vaccination passes as an official requirement for travel ahead of the summer tourism season.

UK travel sentiment on the rise

Meanwhile, travel sentiment amongst Britons has been trending downwards in recent months but the nation felt more optimistic about being able to travel after Prime Minister Boris Johnson announced his plans to slowly ease the national lockdown.

Domestic travel sentiment rose from 46 percent during the week prior to the announcement to 55 percent, and international travel interest increased by six percentage points – from 28 percent to 34 percent – once clarity around the possible travel dates was provided.