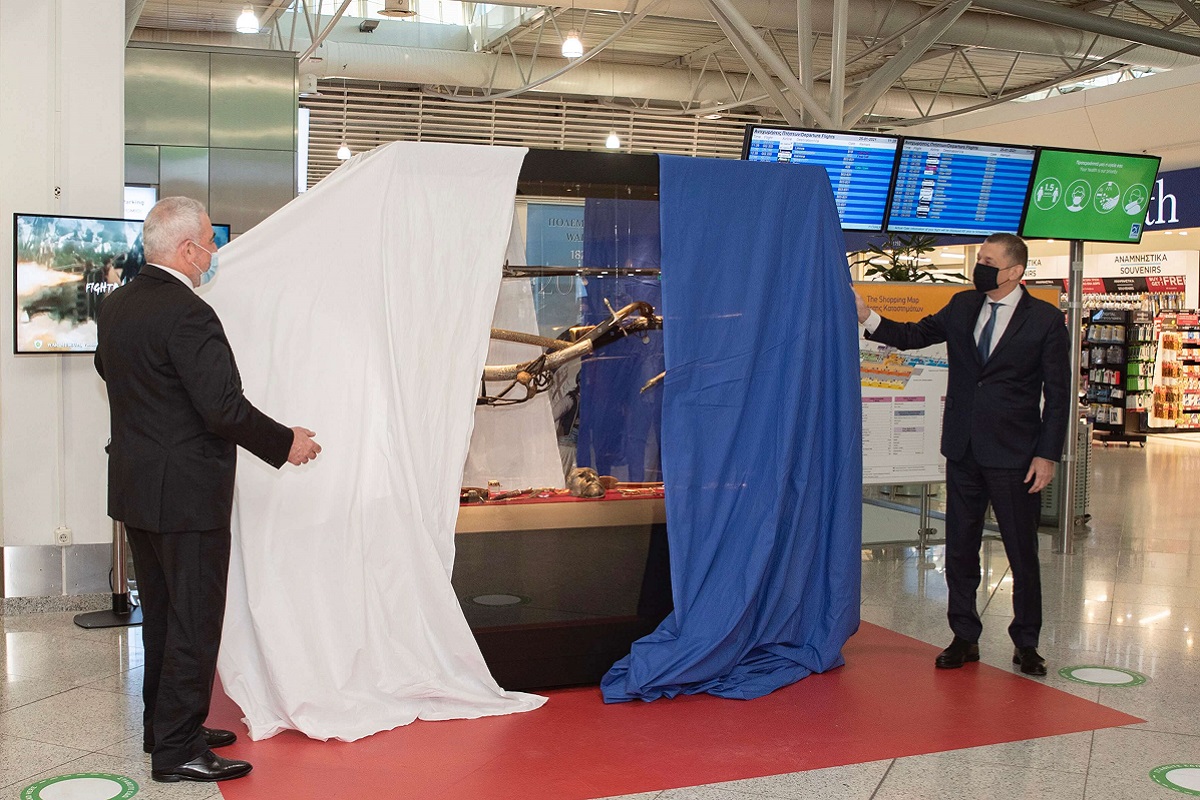 An exhibition of rare authentic artifacts dating back to 1821, the year that Greece revolted against the Turkish occupation, recently opened at the Athens International Airport (AIA) “Eleftherios Venizelos”.

A partnership between AIA and Greece’s War Museum, the exhibition is being held as part of the events launched to mark the 200-year anniversary since the start of the Greek War of Independence. The exhibition gives the opportunity to visitors from all over the world to see authentic war and other objects of the 1821 Revolution heroes.

“The exhibition aims to present the 1821 Greek Revolution to the millions of visitors in the country, marking both its historic importance and international dimension as a piece of world historic heritage,” Deputy Defense Minister Alkiviadis Stefanis said during the inauguration ceremony that took place in late January. 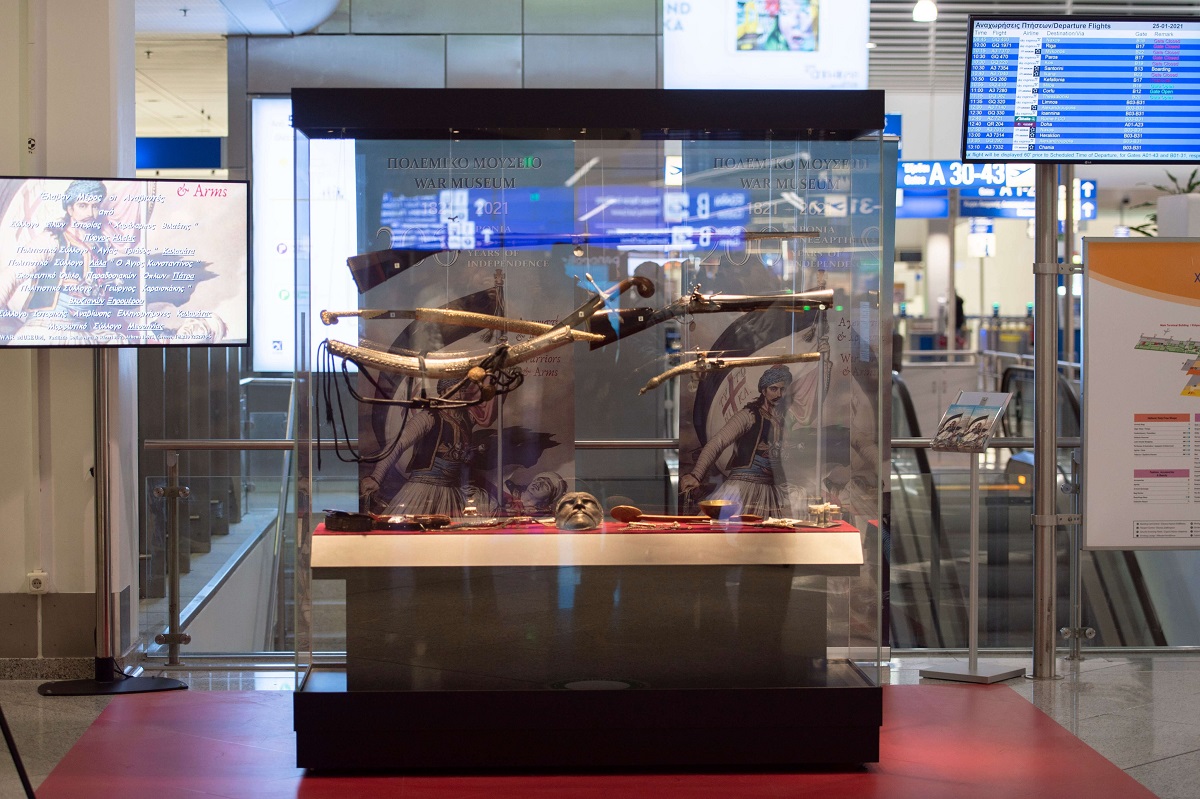 The Greece 1821-2021 bicentennial events mark the 200 years since Greece revolted against 400 years of Ottoman Turkish domination (since 1453) that led to the declaration of independence and the creation of the first modern Greek state.

“The 200th anniversary is a great opportunity to get inspired by our history, evaluate our course, visualize the future and introduce Europe and the whole world to Greece’s new, progressive, modern identity,” Stefanis said.

He also added that the ministry has undertaken a number of actions that will run throughout Greece in 2021, under the coordination of the “Greece 2021” Committee.