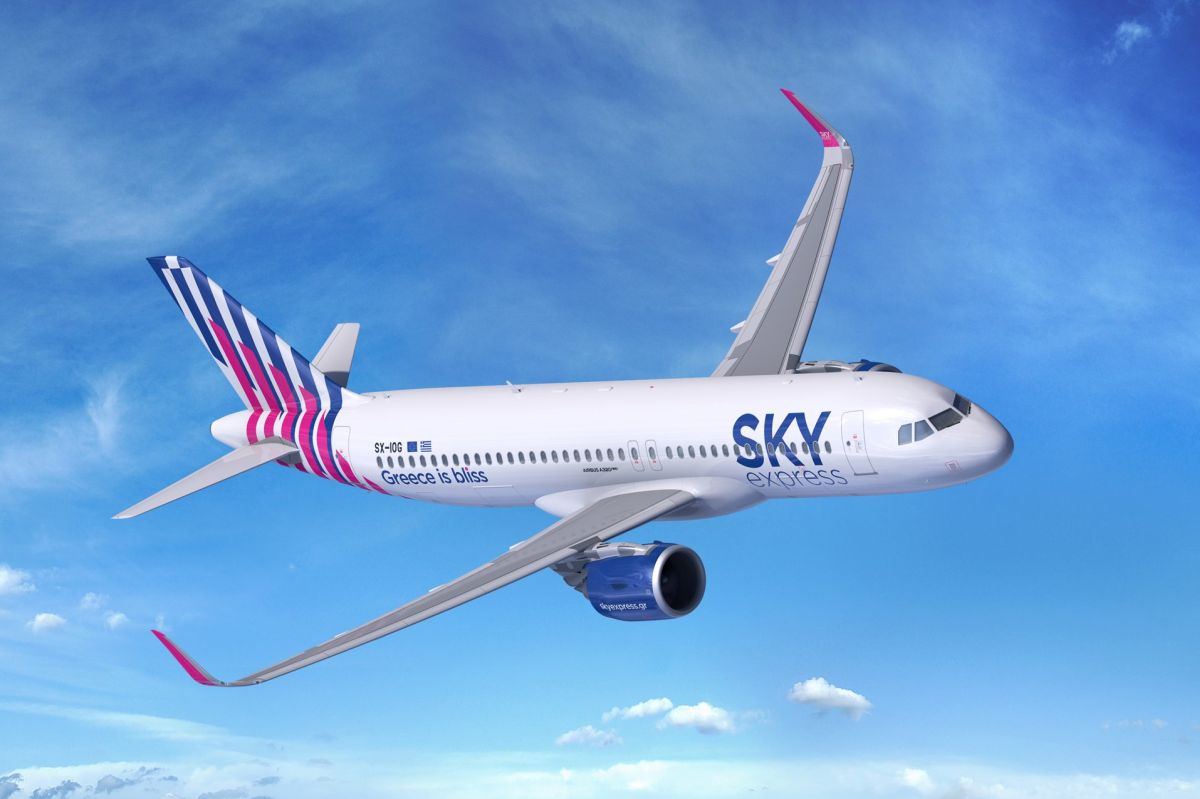 The company will initially operate one round-trip Athens-Thessaloniki and Thessaloniki-Athens flight until January 17, 2021. The round-trips will increase to four per day as of January 18.

The Athens-Thessaloniki route will be carried out on the company’s new Airbus A320neo, just one of six that Sky Express has on order.

In the coming months, the company’s flight operation with the Airbus fleet type will expand, adding the Athens – Rhodes route, as well as other direct connections in Greece and abroad.

According to a company announcement, with its new aircraft, Sky Express and owner company IOGR Group ςιλλ “fly even higher”, supporting the Greek economy and local communities, while offering attractive options to all travelers.

“With our own wings and our own strength, we are growing our fleet, we are increasing our destinations. We are changing the aviation landscape in our country, while supporting the Greek economy,” said IOGR Group CEO Ioannis Grylos.