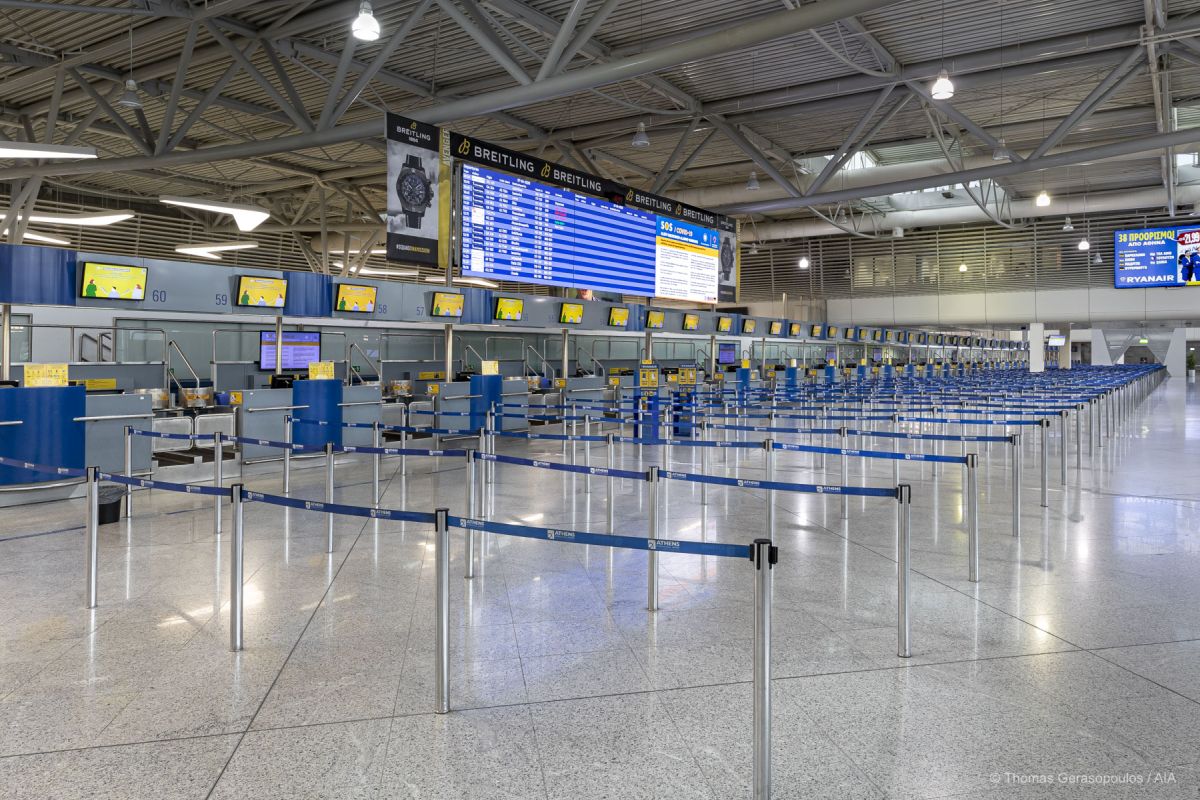 Athens International Airport (AIA) saw traffic in April 2020 hit “rock bottom” due to the coronavirus pandemic, according to the latest data released on Tuesday.

According to provisional traffic data by AIA, the airport’s passenger traffic bottomed, being 98.9 percent below the respective 2019 levels and amounting to only some 22,000.

“April was the month that the Covid-19 pandemic crisis as well as its impact on air travel peaked in Europe and America, with minimal airline operations,” AIA said in an announcement.

As a result, both domestic and international passenger traffic at Athens Airport were sharply reduced, by 97.9 percent and 99.3 percent, respectively.

Overall, during the first four months of 2020, the airport’s passenger traffic totaled 3.5 million, presenting a decline of -45 percent compared to prior-year’s levels, severely impacted by the sharp traffic drop suffered during March and April, due to the coronavirus pandemic.

The number of international and domestic flights at AIA during the first four months of the year reached 38,490, down 33.3 percent from 2019, due to the canceled flights during March and April due to the pandemic. In April alone, the decrease in flights was 84.8 percent, compared to the same month last year.

Wizz Air Plans Ahead, Announces Routes from London-Luton to Greece