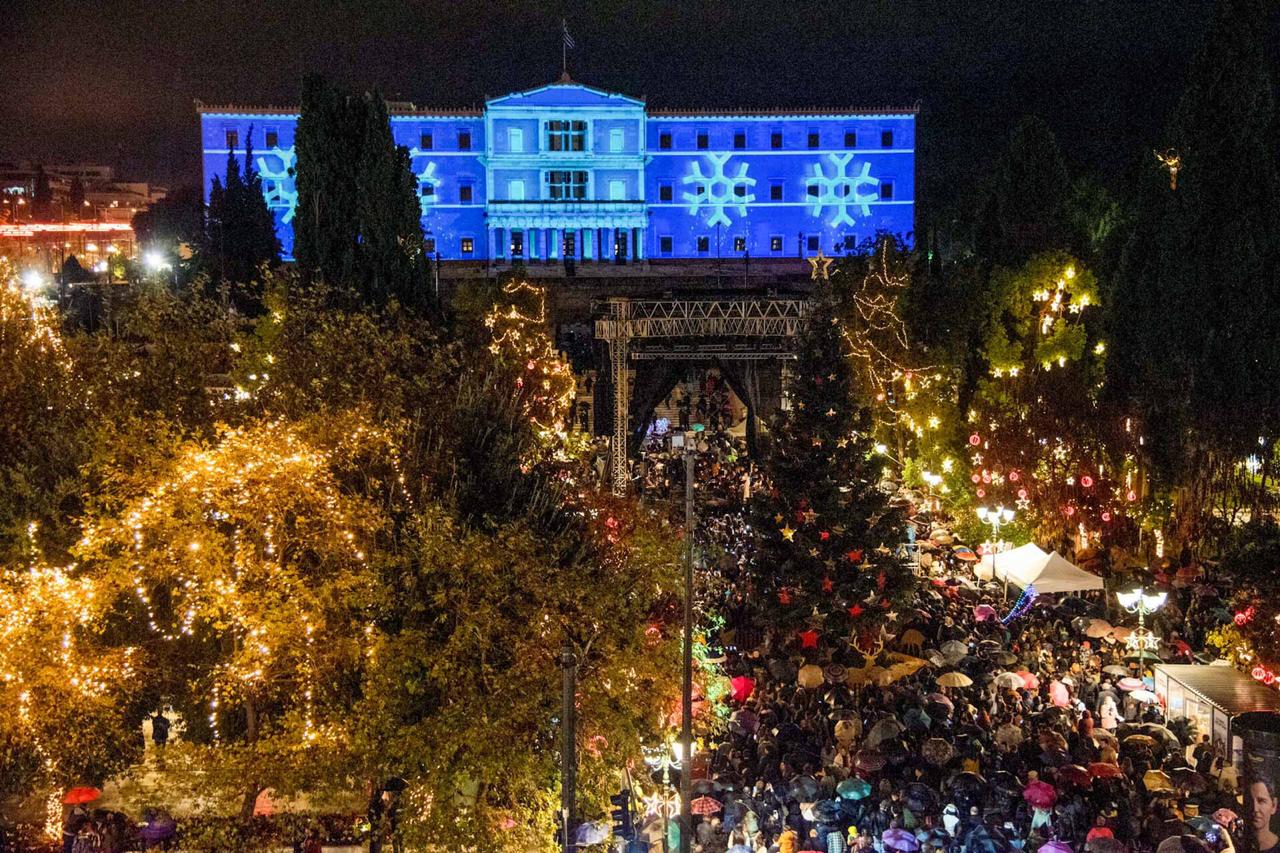 Despite the bad weather, hundreds of the city’s residents and guests attended the ceremony adding to the holiday cheer. 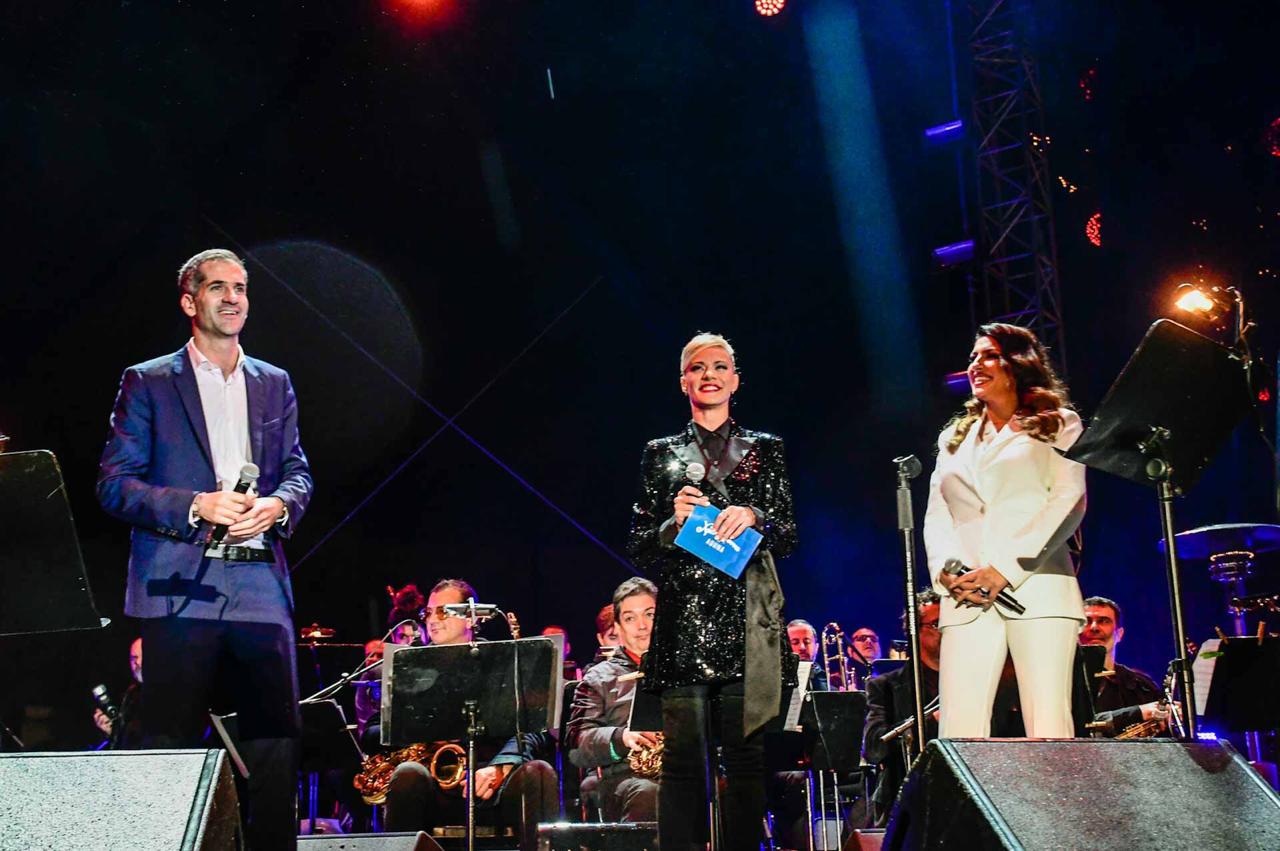 “Athens is more brighter and shiny this year than ever, with dozens of streets and squares lit up for the first time,” Mayor Bakoyannis said and thanked the municipality’s employees and all those who contributed financially to the city’s festive decoration.

The highlight of the evening was the 3D projection mapping in front of the Greek Parliament, a projection technique – held for the first time in Greece – that included colorful 3D depictions of the theme of Christmas all over the walls of the building. 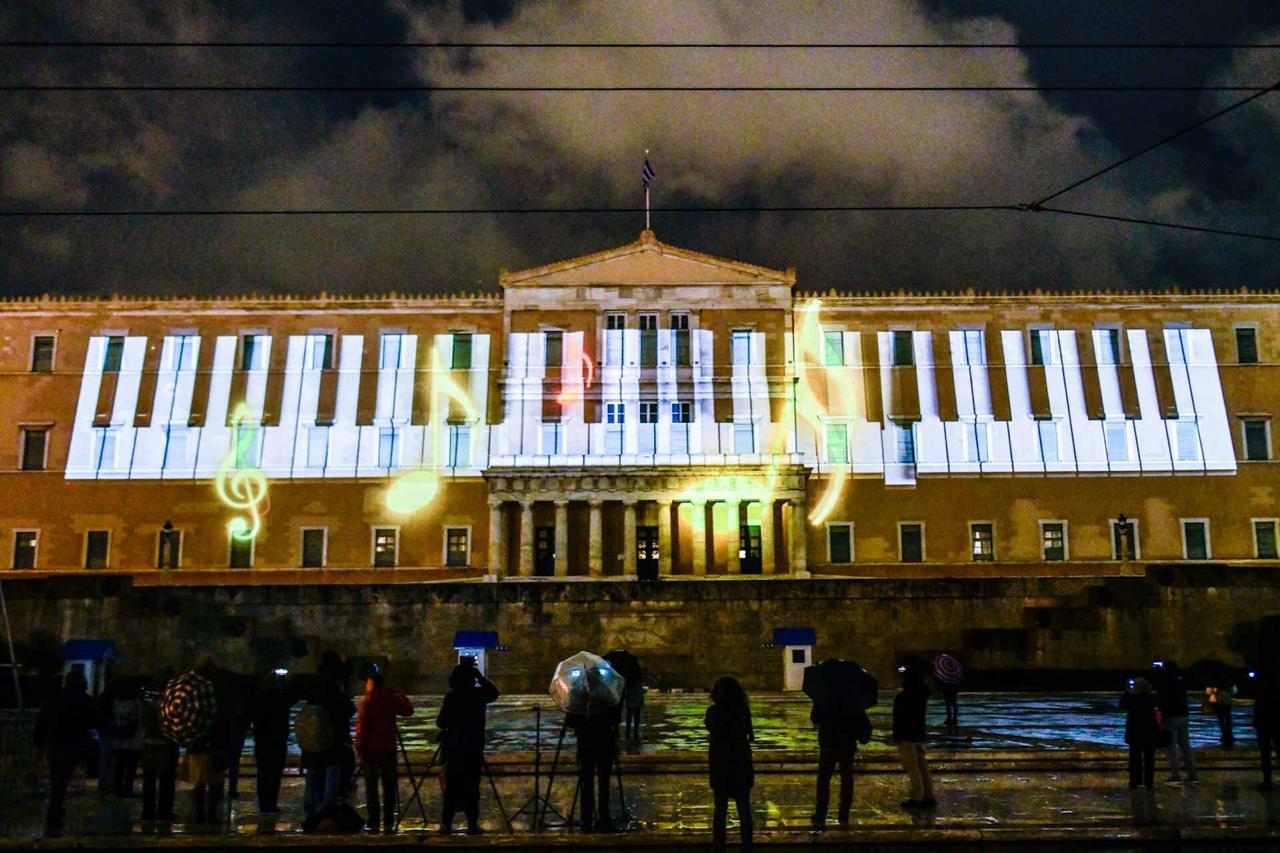 Earlier, singers Elena Paparizou, Idra Kayne and Ian Stratis, accompanied by the Athens Big Band, took to the stage to perform the musical side of the ceremony. The Batala Atenas percussion band also performed. The festive ceremony was presented by Greek TV hostess Zeta Makripoulia. 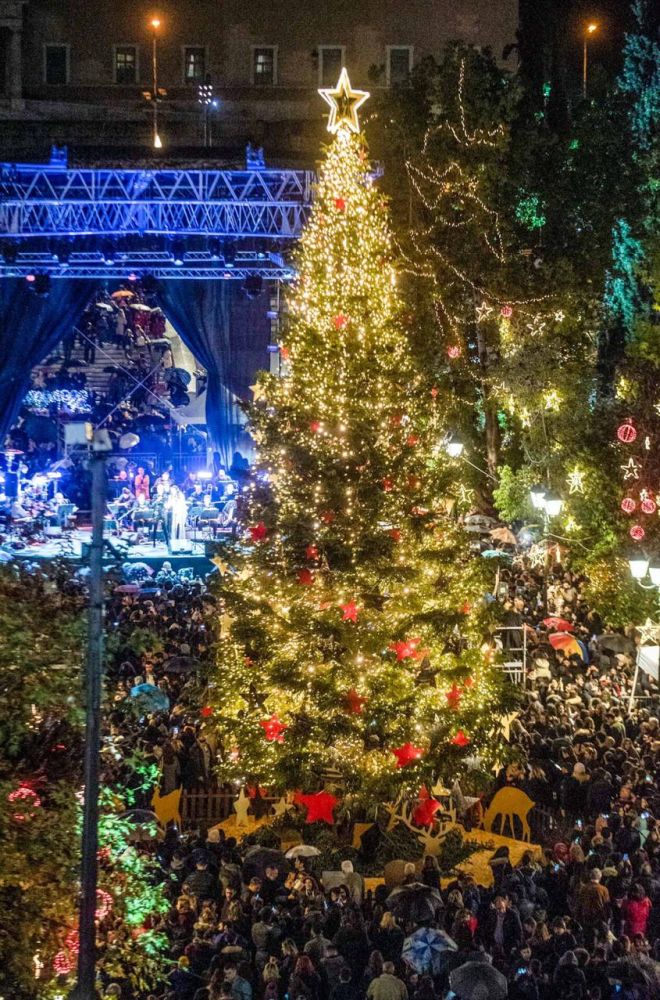 Dozens of Christmas events and activities will take place in many of Athens’ neighborhoods during the holiday season. This year’s festivities program, prepared by the municipality, will be held in some 70 locations around the city.

“This year’s Christmas season is not only for the city’s center, but also for Athens’ neighborhoods,” Mayor Bakoyannis highlighted.