Aiming to support growth plans, Scoot on Monday announced the introduction of 16 brand-new A321neo aircraft into its fleet. Scoot is a subsidiary of Singapore Airlines.

The first aircraft, named “Wings of Change”, will be delivered in the last quarter of 2020 and will be used on the company’s six-hour routes, serving its medium-haul markets.

According to an announcement, the new fleet will enable Scoot to meet its double-digit growth plan by the end of financial year 2020/2021.

The A321neos, powered by Pratt & Whitney engines, will be delivered from Airbus’ final assembly line. The single-aisle aircraft will be fitted with 236 seats, 50 more than that of the A320neo. 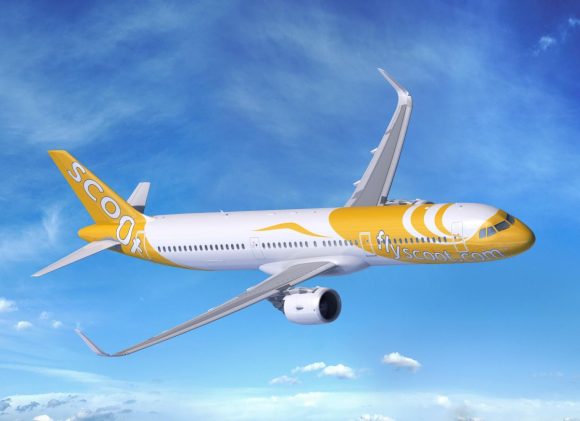 On the environmental front, there is an expected 50 percent reduction in noise footprint and nitrogen oxide emissions as well as a reduction of 5,000 tonnes less carbon dioxide per year per aircraft.

The airline’s network presently encompasses 67 destinations across 17 countries and territories, with 9 more destinations from China, India, Indonesia and Malaysia to join the network by the second half of 2020.

Scoot is the only carrier to link Singapore directly to Athens – its first European destination and the company’s first long-distance flight. The airline in June celebrated the route’s two-year anniversary with an event at Athens International Airport (AIA).