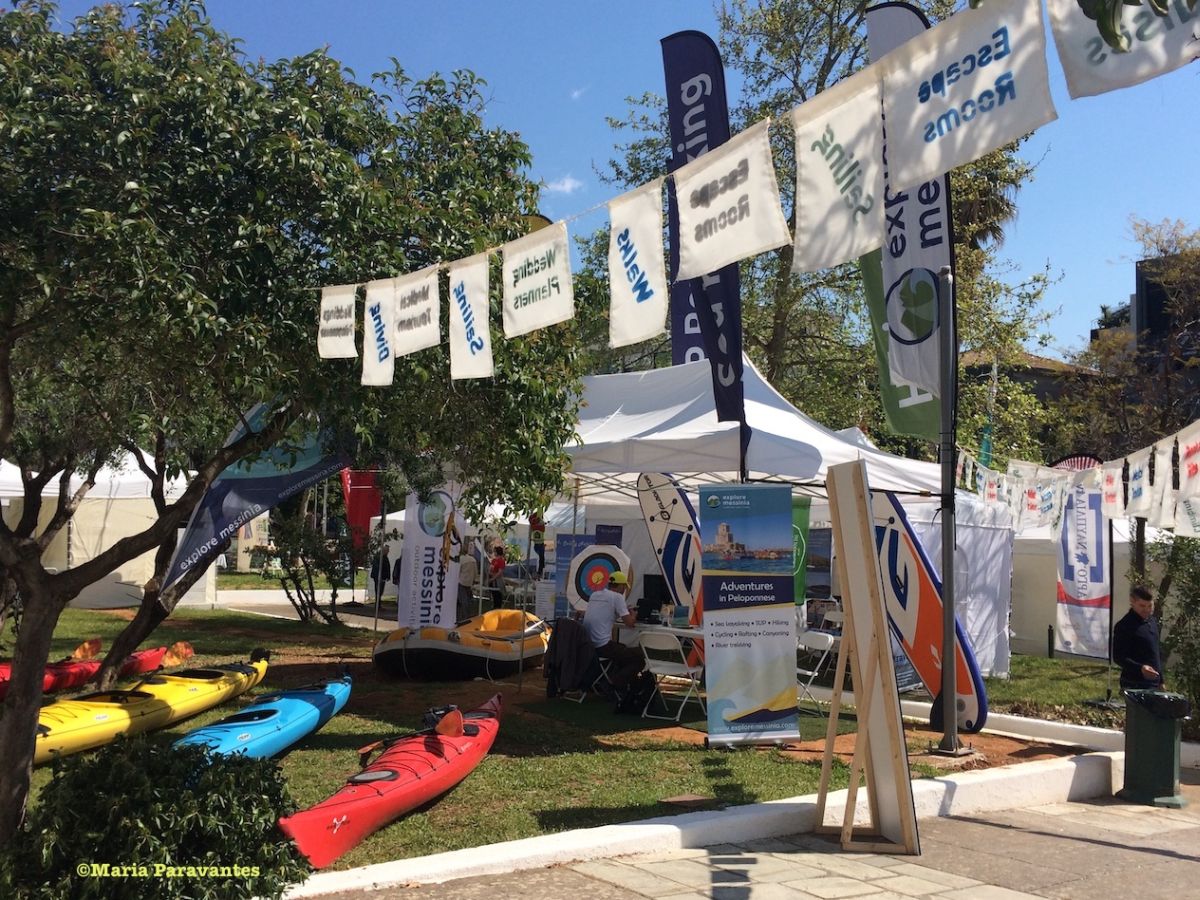 The 1st ALTE Peloponnese Tourism Exhibition is a fact aiming to serve as a reference point for alternative tourism offerings in the Peloponnese region by bringing together dozens of providers for the first time in the coastal town of Kalamata. 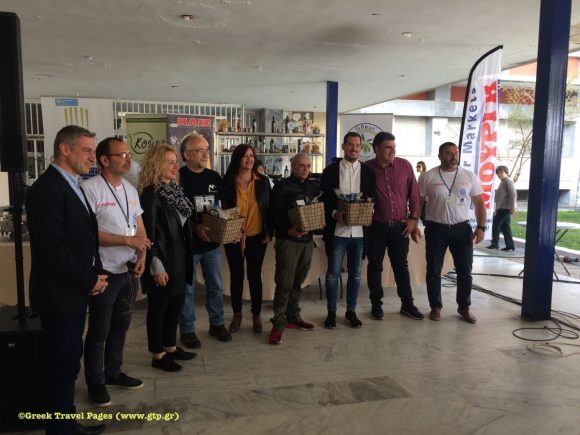 The two-day event held in the center of Kalamata last weekend was just the first step towards the presentation and promotion of what’s on offer in terms of outdoor, nature and special interest activities in all five Peloponnese regional units – namely Arcadia, Argolida, Corinthia, Laconia and Messinia – and 26 municipalities.

Organized jointly by local tourism associations with the support of the Peloponnese Region, local chambers, hoteliers and services providers, the event included workshops on marketing and social media promotion, cooking presentations and tasting happenings and a live music show. 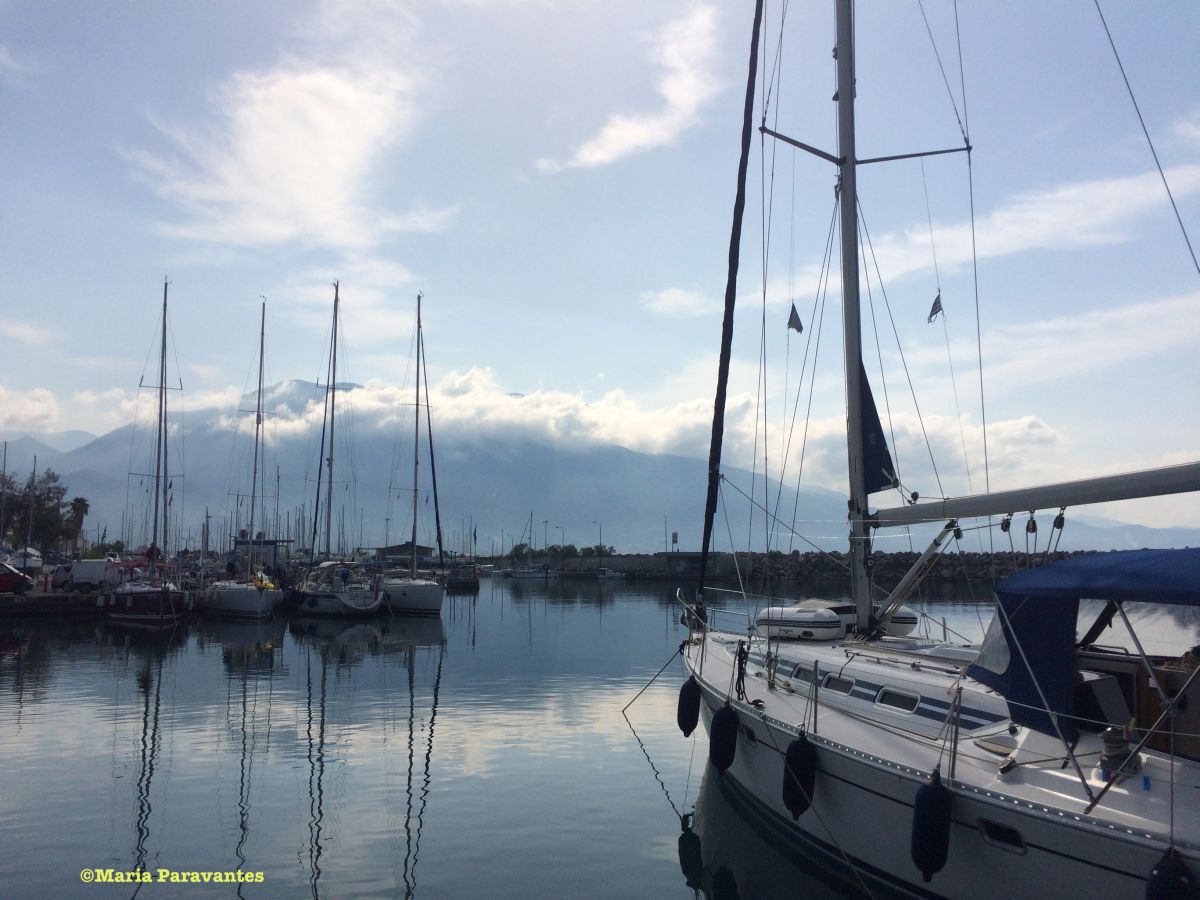 View of Kalamata port, where visitors can rent sail boats. 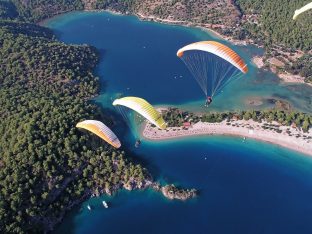 “The aim of the 1st ALTE show was to initially bring all stakeholders together under one roof so to say. The Peloponnese has one very unique advantage, in less than 30 minutes from any of its points you can find sea or mountain destinations,” Nikos Kouris, responsible for ALTE communication and PR, tells GTP Headlines .

“Taking the first step is very important because the exhibition can serve as a reference point,” says Kouris, adding that future plans include “setting up clusters that will bring interested parties together with common goals and leverage”. 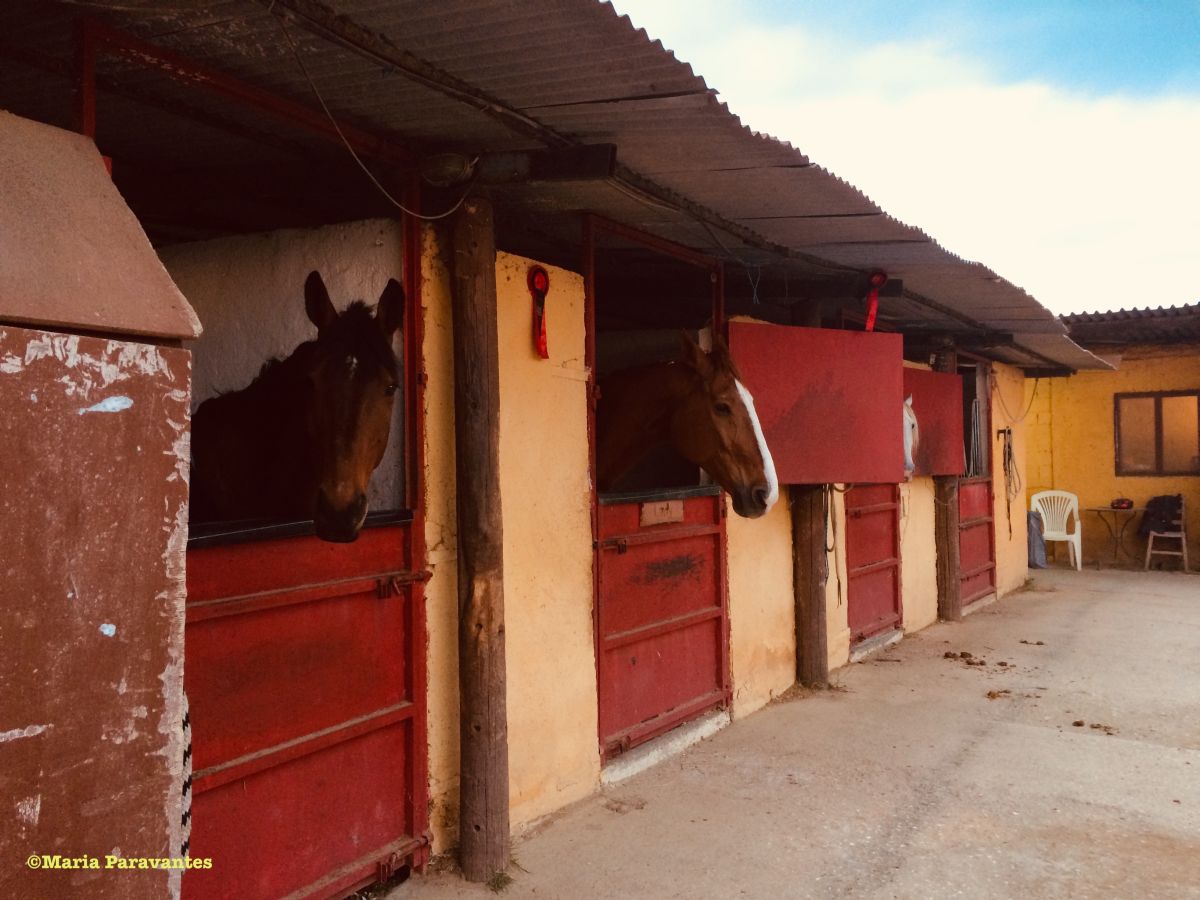 A glimpse of the Kalamata Riding Club offering lessons, seaside rides and training.

“We have been cooperating with the largest organization in Europe and one of the world’s largest, the World Tourism Forum of Lucerne (WTFL) to create a different tourist product … aiming to place the human factor at the heart of tourist development, said Peloponnese Region Governor Petros Tatoulis, speaking at the event. 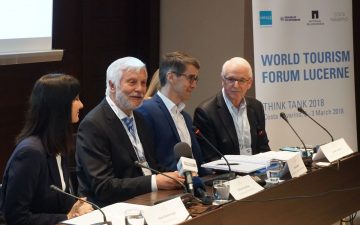 The Peloponnese region came into the international spotlight last March, when the Costa Navarino in Pylos, hosted the WTFL Think Tank 2018.

During the event, Tatoulis referred to the region’s plans for three clusters. The first focuses on climbing tourism with the Leonidio climbing park at the center of activity. Tatoulis said there were plans underway for the creation of more climbing parks on the border of Laconia and Arcadia, and a second between Argolida and Arcadia.

Diving parks will go under the second cluster, which is set to take off after the first licensing, “opening up to a new European travel market of over 10 million people,” said Tatoulis. 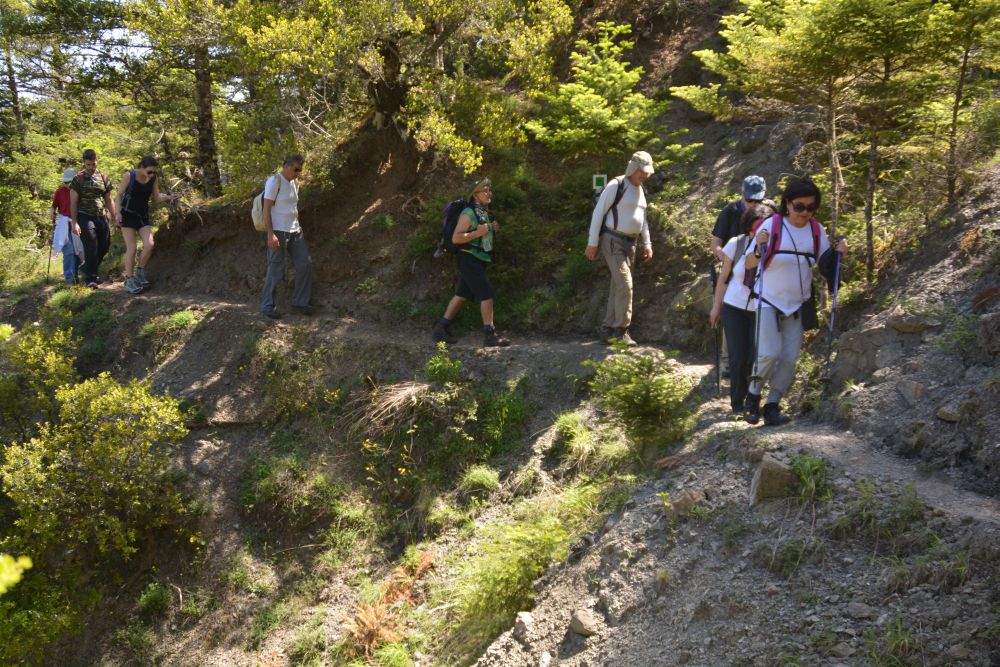 And the third cluster involves all trekking activities in the region with the Menalon Trail at the heart of the project. The Peloponnese Region, Tatoulis said, is funding the creation of the longest trail network in Europe, to stretch across the Peloponnese and reach 1,500km in the next two years.

“But the most important aspect of this activity is that it creates a new economic model on which several new business activities are being created as Social Cooperatives (Koinsep), offering young people the chance to focus and organize their own financial interests,” said Tatoulis. 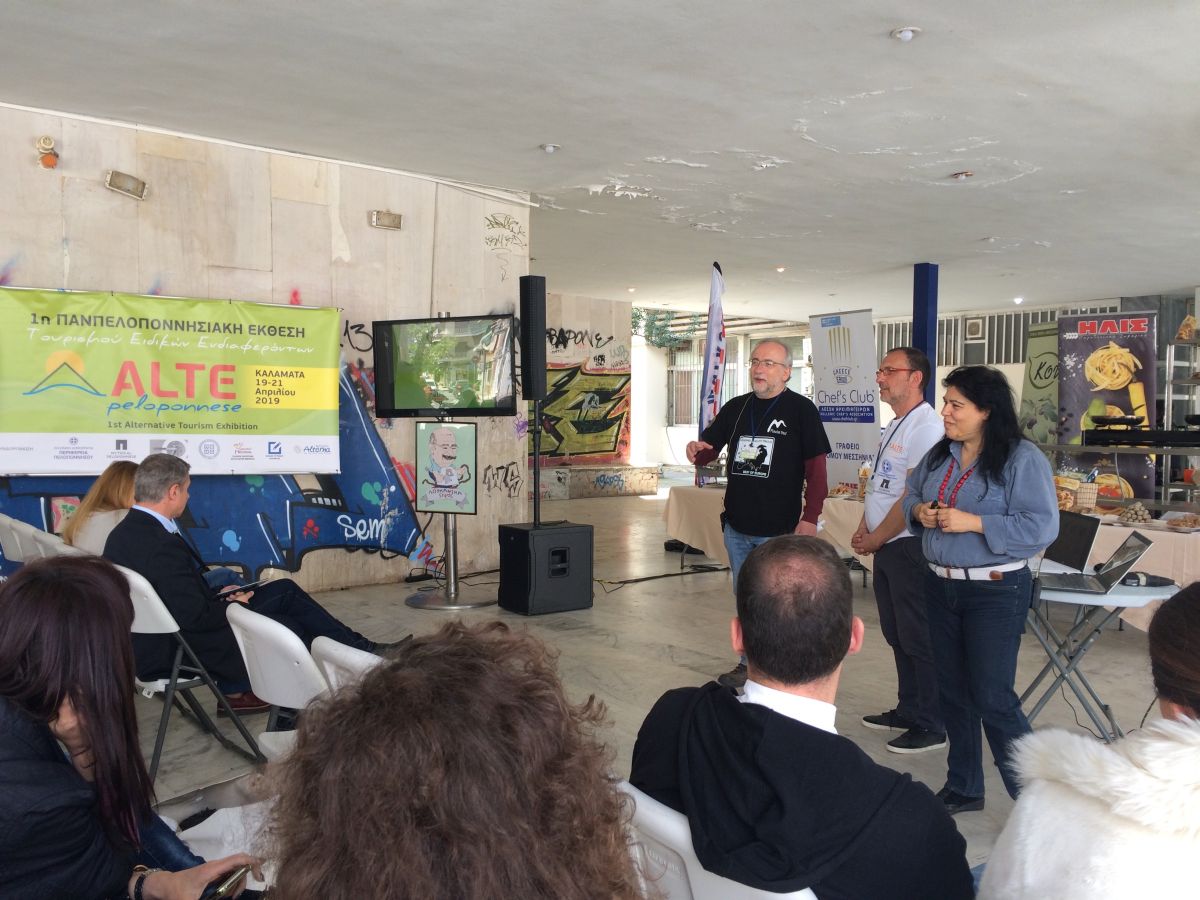 The Peloponnese is taking dynamic steps to establish itself as a leading tourist destination thanks in large part to the Kalamata Airport, which more than quadrupled tourism to the region over the last eight years, the close proximity to Athens – Arcadia is a 1.5 hour drive – the quality facilities, and above all, the sheer diversity of its offerings across all its units.

Yiannis Lagos, the man behind the successful Menalon Trail, tells GTP Headlines that work is currently in progress along the newly established Parnon and Sparta trails criss-crossing Mt Parnon.

Yiannis Lagos of the Menalon Trail.

“The most important part of the whole trail project, which is growing out of the Menalon Trail, is the fact that people are coming together, local communities are joining forces, volunteering to clear up and maintain village footpaths used in the past, to create sustainable attractions and at the same time new sources of income for a wide range of services providers,” Lagos explains.

Lagos adds that the combined trails, many of which will be up and running by early next year, will once completed (including licensing) be among the longest in Europe at 1,500km. Regional authorities, he said, have plans to seek certification for the entire Peloponnese as a trekking region.

The Menalon Trail is the first in Greece, to receive to receive European certification and be placed among the Leading Quality Trails – Best of Europe, which includes strict criteria and ratings/grading of infrastructure, landscape, cultural points of interest, accurate mapping and signage in order to guarantee a high-quality and safe walking experience.