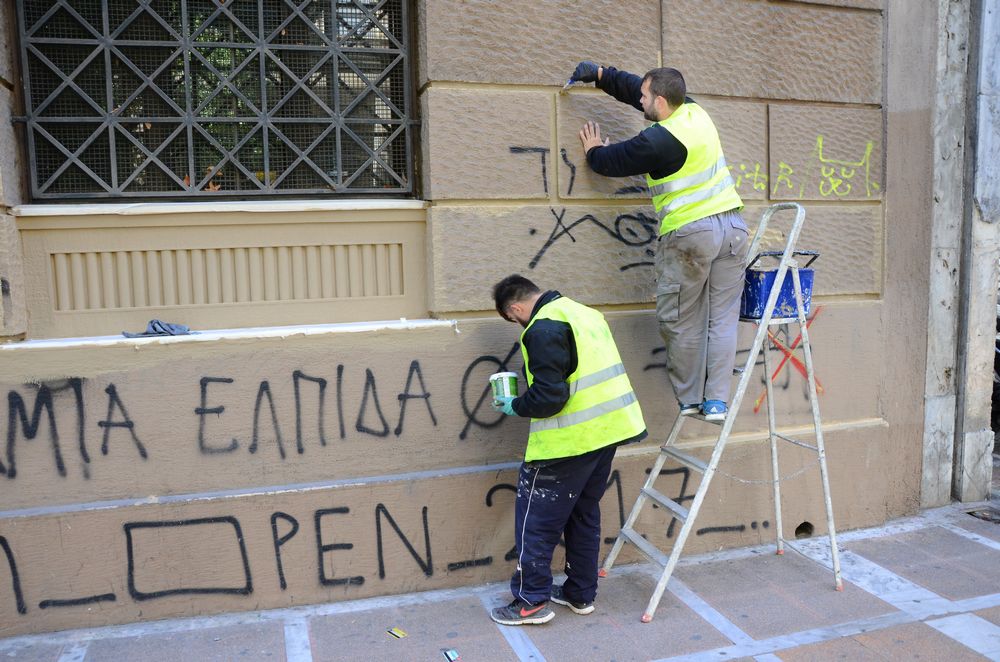 Athens is set to get a much-needed facelift with the cleaning of dozens of building facades across town on the initiative of the This is Athens – Polis pilot program. 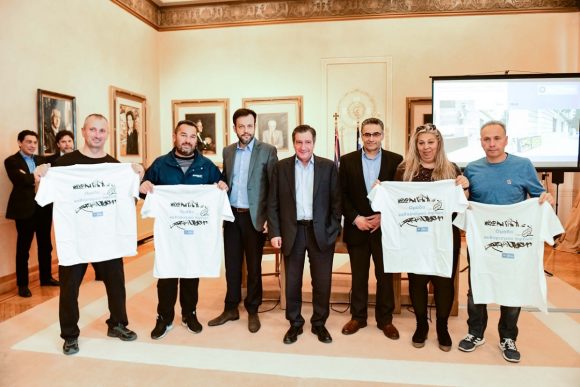 The action comes under the Athens Municipality’s ambitious urban regeneration program announced last year which channels 9.5 million euros into the upgrade of four major city projects: The National Garden, a 38-acre green oasis in the heart of Athens, the commercial triangle, the degraded area of Agios Pandeleimonas off Acharnon St, and bike lanes up for construction or revamp works funded by the Attica 2014-2020 operational program.

The latest cleaning endeavour focuses on the historic center and includes the removal of graffiti and posters off building facades. Cleaning has already begun on central Athens buildings, with a maintenance crew on call within 48 hours of a new vandalism incident.

The project is made possible through public private partnerships in collaboration with residents and local business-owners.

Stadiou street – Before and after.

“Combating visual vandalism has been our first priority. In this context, 8,300m2 of facades, some of which are architectural treasures, have been  or will be cleaned from graffiti and illegal posters, and coated with special anti-tagging protection to ensure they will remain clean,” said Athens Mayor Giorgos Kaminis, adding that “along with the cleaning of the area, the city’s pilot program for the historic triangle has activated a strong local network of residents and shopkeepers who have embraced the initiative and are contributing to the sustainability of the project.” 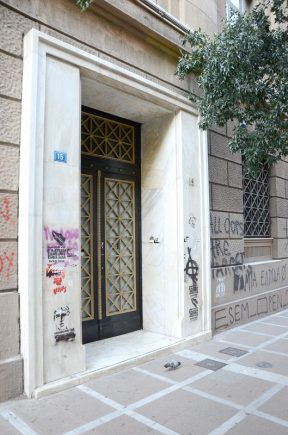 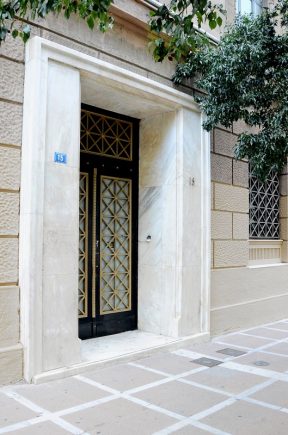 For the project, the municipal authority has joined forces with the private sector, namely AEGEAN Airlines, Athens International Airport (AIA) and the Greek Tourism Confederation (SETE) under the three-year “This is Athens & Partners” project – aiming to establish the Greek capital as a top European tourist destination.