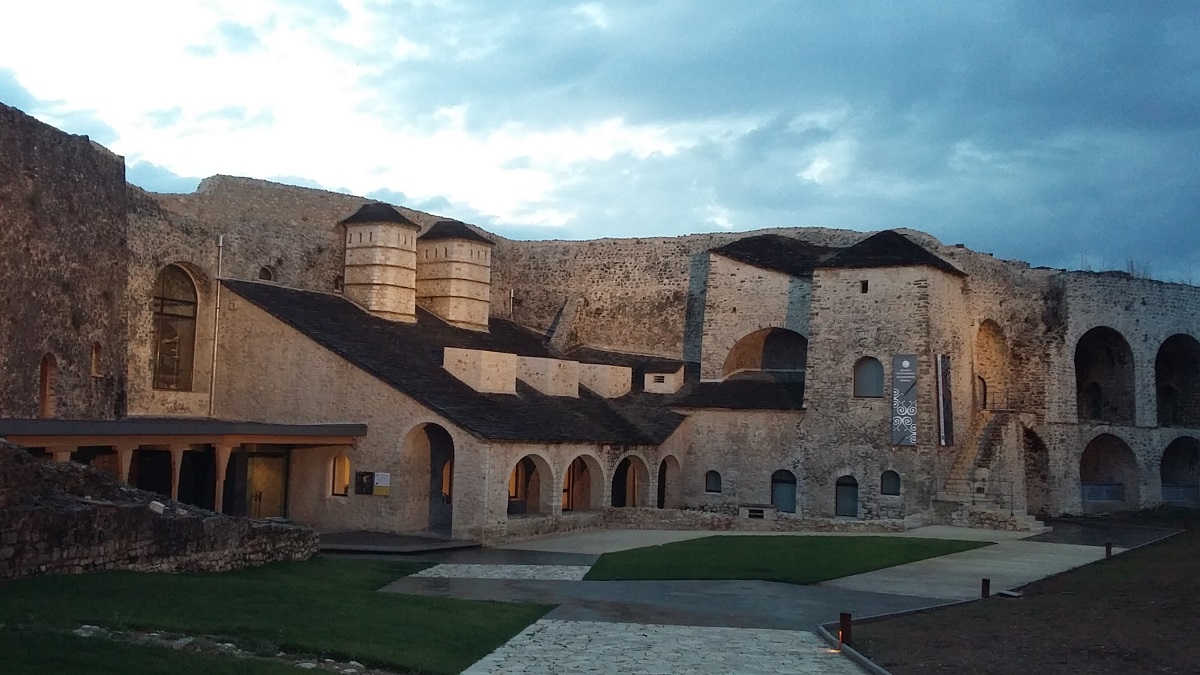 The reputation of Ioannina’s silversmiths has for centuries traveled beyond Greece’s borders. The items they made were so unique, so exquisitely crafted, that they went down in history as being among Europe’s finest. 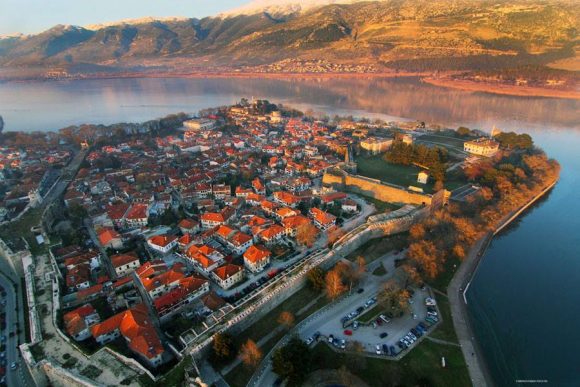 The capital of the Epirus Region, in northwestern Greece, Ioannina, was once a bustling trade center where craftsmen developed a one-of-kind art form that together with tools and methods was transmitted from father to son for generations. The most famed artisans were from the remote village of Kalarrytes.

Silversmithery in Ioannina – also known as Yiannena – dates as far back as Byzantine times with records referring to such guilds in 1430. Today there are 90 workshops under the Ioannina Silversmiths Association offering apprenticeship for the continuation of the long-held techniques ensuring traditional standards are upheld.

So famed were the “Yianniotika Asimika” (Ioannina Silverware), that silversmithery contributed to the growth of the city through exports to such places as Venice, Vienna, Prague, Russia, and Bucharest, among others. 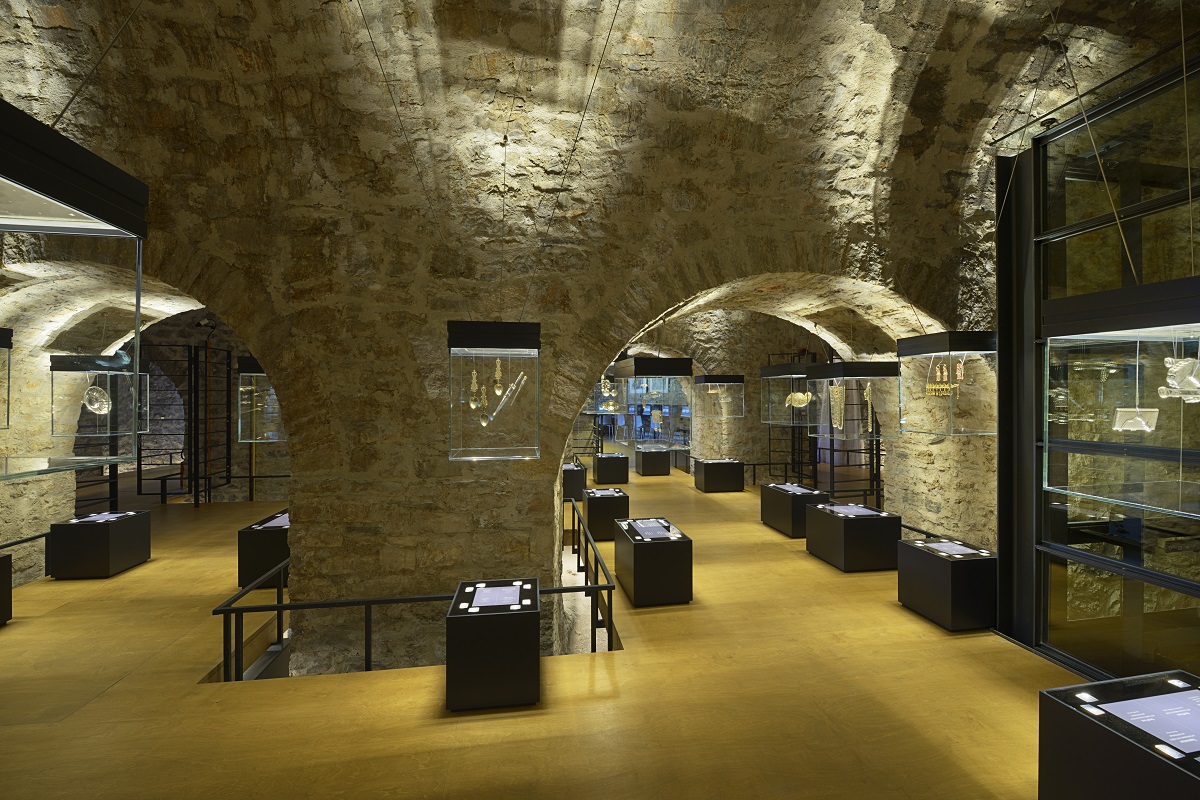 Museum Out of a James Bond Film

The Ioannina Silversmithing Museum aims not only to showcase the work of the city’s craftsmen but also to archive and preserve the history of Epirote silver work which played a key role in the wider region’s economy and cultural identity.

Located within the imposing Ioannina Castle, also known as Its Kale, the two-level museum is a Piraeus Bank Group Cultural Foundation initiative made possible through EU funding.

Visitors will be impressed not only by the intricate artifacts on show but also by the actual design of the displays which appear to have emerged straight out of a James Bond film. 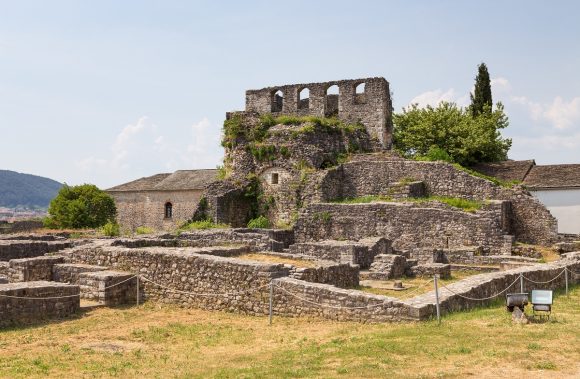 Upon entering the restored stone area that once hosted the castle’s kitchens, the sound of hammers beating away in the background transports visitors to yesteryear. It’s as if the artisans are right there, patiently hammering, bending and crafting silver into singular works of art.

Visitors are meant to follow a course through the museum, which takes them from the history, the social and cultural impact, to the raw materials, tools, and traditional techniques of the craft.

Once the process is revealed, visitors move on to the second floor of the museum where a representative collection of traditional Epirote silver works including ornate jewelry, candlesticks, weapons, fountain pens, cigarette cases, religious objects, weapons. filigree boxes, watches, silverware, personal effects, and arms dating back to the 18th-20th centuries are exhibited. 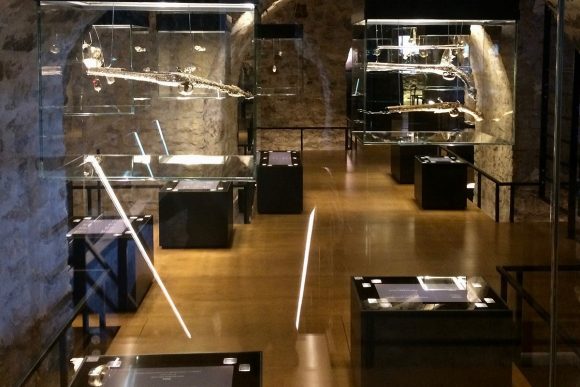 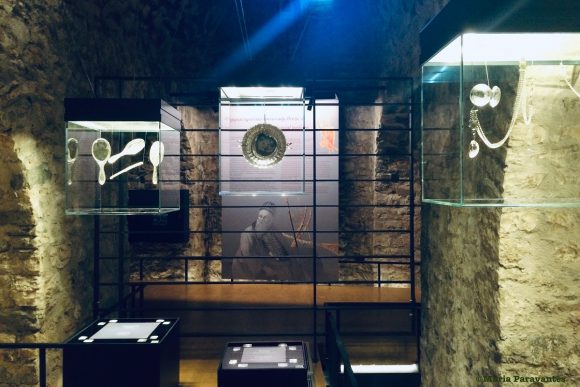 In efforts to convey both the historic importance as well as the symbolism of the prestige, prosperity and social recognition these items held, they appear to be floating at the center of hanging displays tied by silver threads, or on steel supports, and further enhanced by specially arranged spotlights. 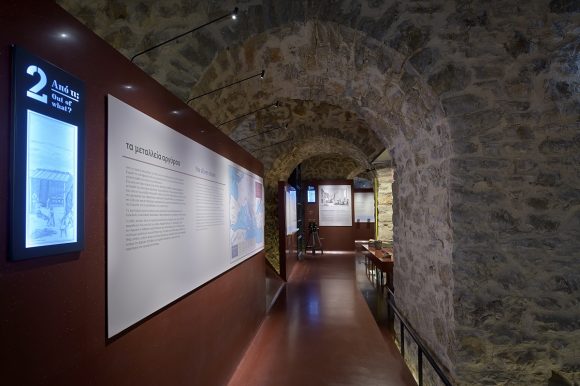 Complementing the overall experience are audiovisual material (in English), multimedia applications, photographic archives and other interactive tools. The museum also hosts a multipurpose area for students which includes educational games and digital programs.

Besides its permanent exhibition which focuses on the history of Epirus’ silversmith craft, the materials, the mines, the workshops, the clients and the works, the museum also hosts temporary shows and seminars. 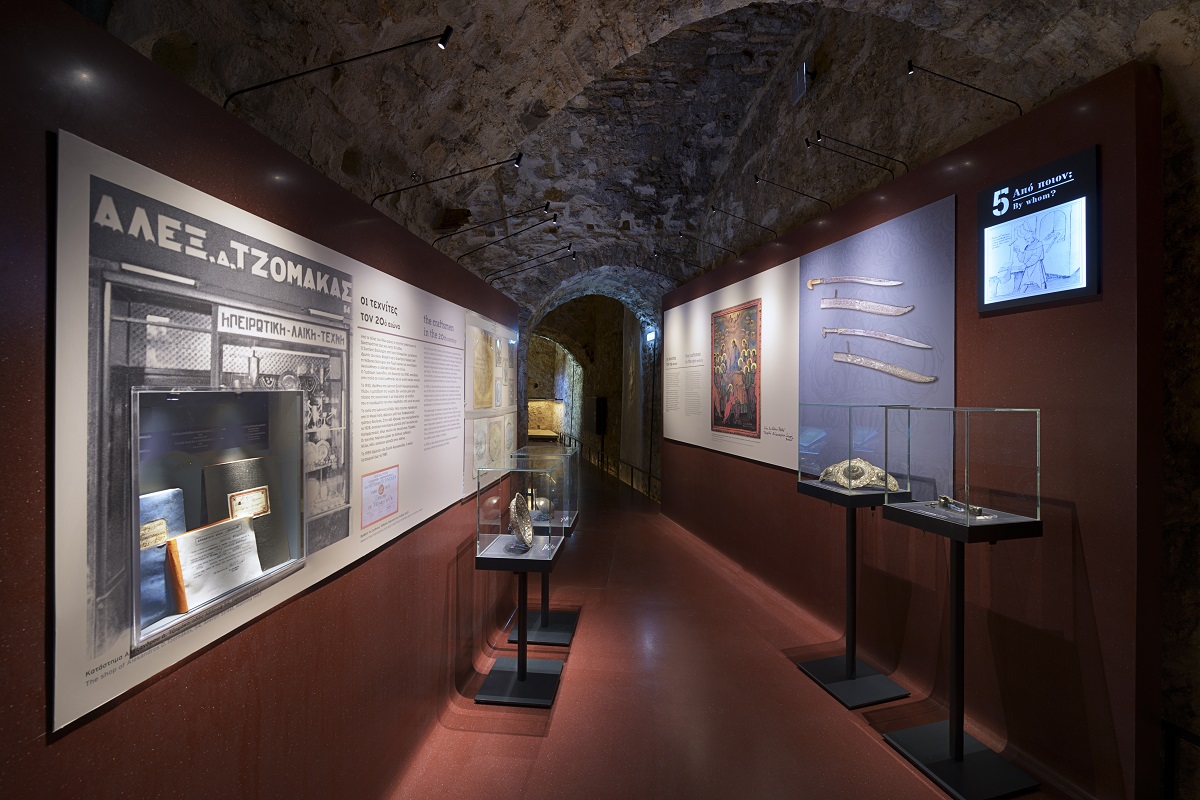 View of the permanent exhibition – Craftsmen of the 19th and 20th century. © PIOP, V. Karavassiloglou

With the support of EU funding, the Silversmithing Museum is managed by the Piraeus Bank Group Cultural Foundation, and is one of the foundation’s other special interest museums, which include the Silk Museum in Soufli, the Open-Air Water-Power Museum in Dimitsana, Peloponnese, the Olive and Greek Olive Oil Museum in Sparti, the Industrial Olive Oil Production Museum on Lesvos, the Rooftile and Brickworks Museum N & S Tsalapatas in the coastal town of Volos, Tinos’ Marble Crafts Museum in Pyrgos, the Environment Museum in Stymfalia, and the Chios Mastic Museum on Chios.

The Ioannina Silversmithing Museum is located in Its Kale, the southeastern fortress of the castle, tel +30 26510 64065. 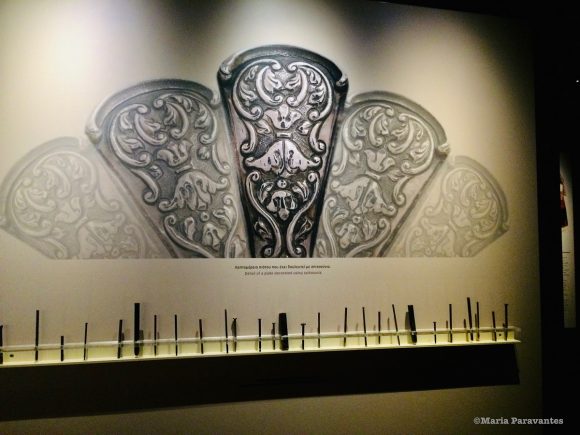 The man behind BVLGARI, the celebrated Italian luxury brand known for its fine jewelry, watches, fragrances and leather items, was from Epirus, and more specifically from the village of Kalarrytes, which produced many of the region’s famed silversmiths.

History has it that in 1821, the Voulgari family abandoned their village after it was ravaged by the Ottoman Turks. One of the family’s 11 children, Sotiris Voulgaris, inspired by his father and grandfather – both  silversmiths – moves to Italy, and in 1884, the 24-year-old Voulgaris opens his first shop on Via Sistina. Twenty-one years later in 1905, he opens his flagship BVLGARI store on Via dei Condotti.