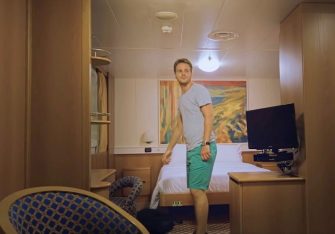 Titled “Memories from Chania”, the campaign is running on social media – including facebook and youtube – through a video, which focuses on a traveler and his return to Piraeus after having spent his summer vacation in his homeland, Chania on Crete, as well as his experience onboard the Mykonos Palace.

“The campaign highlights the valuable memories created in Chania, and the way they are kept alive through the pleasant journey offered by Minoan Lines,” the company said in an announcement.

The campaign also promotes the beauties of Chania and specifically its Venetian Harbor, agora and alleys; the landmark Lighthouse; the Venizelos tombs, and shows Crete’s unique nature such as the Samaria Gorge; the popular Balos beach and the Kedrodasos beach.