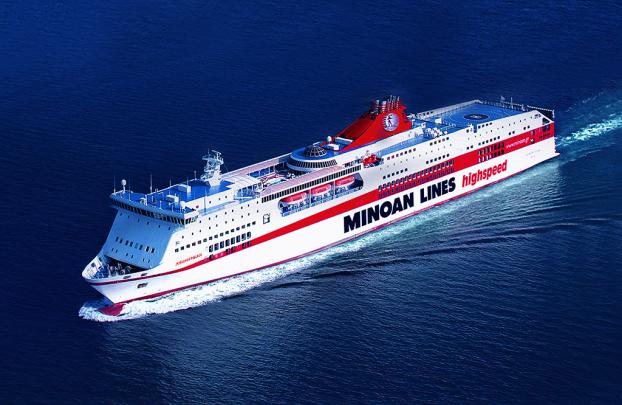 UPDATE: Minoan Line’s Mykonos Palace ferry will conduct its maiden voyage on July 15, in the Piraeus-Chania-Piraeus route. Itineraries will be daily. The ferry will depart from Piraeus at 4 pm, and from the port of Souda, Chania, at midinight. The journey takes 6 hours and 30 minutes.

Greek coastal shipping company Minoan Lines will be handling the Piraeus–Chania, Crete ferry route over the summer, the Coastal Shipping Transport Council ruled on Wednesday, replacing the Attica-ANEK consortium which has been exclusively serving the route over the years.

The company’s Mykonos Palace will be running the itinerary. As initially announced, Minoan said it will immediately run under the Greek flag, man the ship with Greek crews, and take the necessary steps for the transfer of the vessel from its subsidiary, Minoan Italia Spa, to its parent company. The Mykonos Palace is on the Piraeus registrar.

The line was until now operated exclusive by the Attica-ANEK consortium with the Blue Galaxy and the Eleftherios Venizelos.

The date of operations will be announced following Shipping Minister Panagiotis Kouroublis’ approval of the decision. 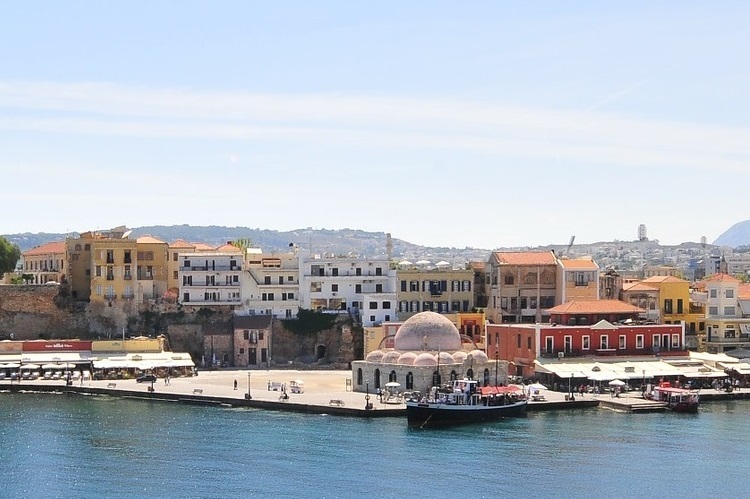 Among the key arguments posed for the immediate launch of the route by Minoan was the need to meet transportation demand created by Ryanair’s exit from Chania as well as the growing tourist interest for the Cretan destination.

Minoan said it expects the deployment of Mykonos Palace to contribute to the upgrade of sea transport on the route and to healthy competition, and added that it would improve services provided to the traveling public.

In this direction, the company announced earlier this week that is would be offering senior citizens (over 60) a 20 percent discount on domestic (Crete and the Cyclades) and international (Adriatic) routes covering all accommodation and vehicle categories.