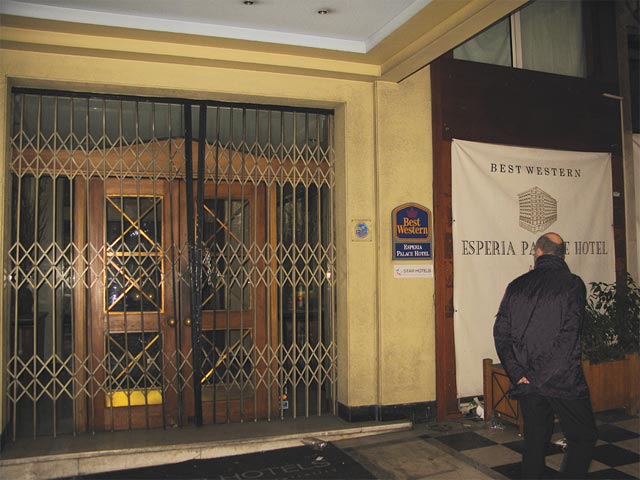 The Greek Labor Ministry recently announced that it will launch tenders for the long-term lease of landmark buildings in the center of Athens that have been abandoned, including properties that housed hotels that have closed down. The tenders will launch in the context of a program named “Recovery of the buildings of the Historic Center of Athens – Exploitation in terms of social reimbursement”.

According to the ministry, the first tender is expected to be announced in the coming days for the long-term lease of the historic 185-room Esperia Palace Hotel, a property of 12,000 square meters located at 22 Stadiou Street that has been closed from 2010.

Tenders to follow involve the long-term leases of the closed down Hotel Ambassadeur (9,000 sq.m.), housed in the historic building of the former Court of Appeal at 65-67 Socratous Street and the four-story neoclassical building (1,600 sqm) on 7-9 Zalokosta Street.

The Esperia Palace and the Zalokosta property belong to the Single Social Security Entity (EFKA) and are to be leased under 5-star international hotel standards. The Hotel Ambassadeur, belonging to the ETEAEP social security fund, is to be leased under 4-star hotel specifications.

Moreover, in October, another round of tenders for some 15 properties in the center of Athens is expected to take place within the framework of the ministry’s program to bring landmark buildings back to life.

According to reports, the program, which has been running for a year, has already put to use some 70 vacant buildings in the center of Athens.