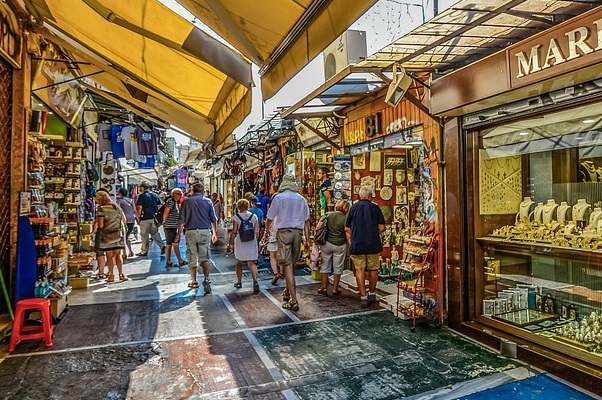 Despite the expansion of the Greek tourism sector, the growing inflow of tourists has failed to stimulate trade, according to findings released by the Hellenic Confederation of Commerce and Entrepreneurship (ESEE).

Conducted by ESEE’s Commerce and Services Institute (INEMY), the study found that retail trade has not benefited from the rise in tourist activity with the relevant index lagging behind.

IMEMY goes on to note however that there is an increase in turnover for  supermarkets, fuel and household appliances, which it says is driven by the rising numbers in tourism and by short-term Airbnb-style leasing practices.

Indicatively, total turnover during the peak months of July and August, even during the sales period, has barely exceeded 6 billion euros in the last three years despite the soaring numbers of travelers.

ESEE’s analysts observe a 2 percent increase only in supermarket activity, which they attribute to the rise in Airbnb rentals, adding that “incoming consumption is not satisfactory since most tourists visiting our country are medium and low income, while the majority of visitors appear to choose Greece as a ‘cheap’ tourist destination”.

At the same time, IMEMY findings indicate that annual revenue from domestic tourism shrunk from 70 percent to 5 percent and 7.5 million overnight stays to 5 million. Despite this, Greeks continue to generate 2 billion euros in annual revenue.