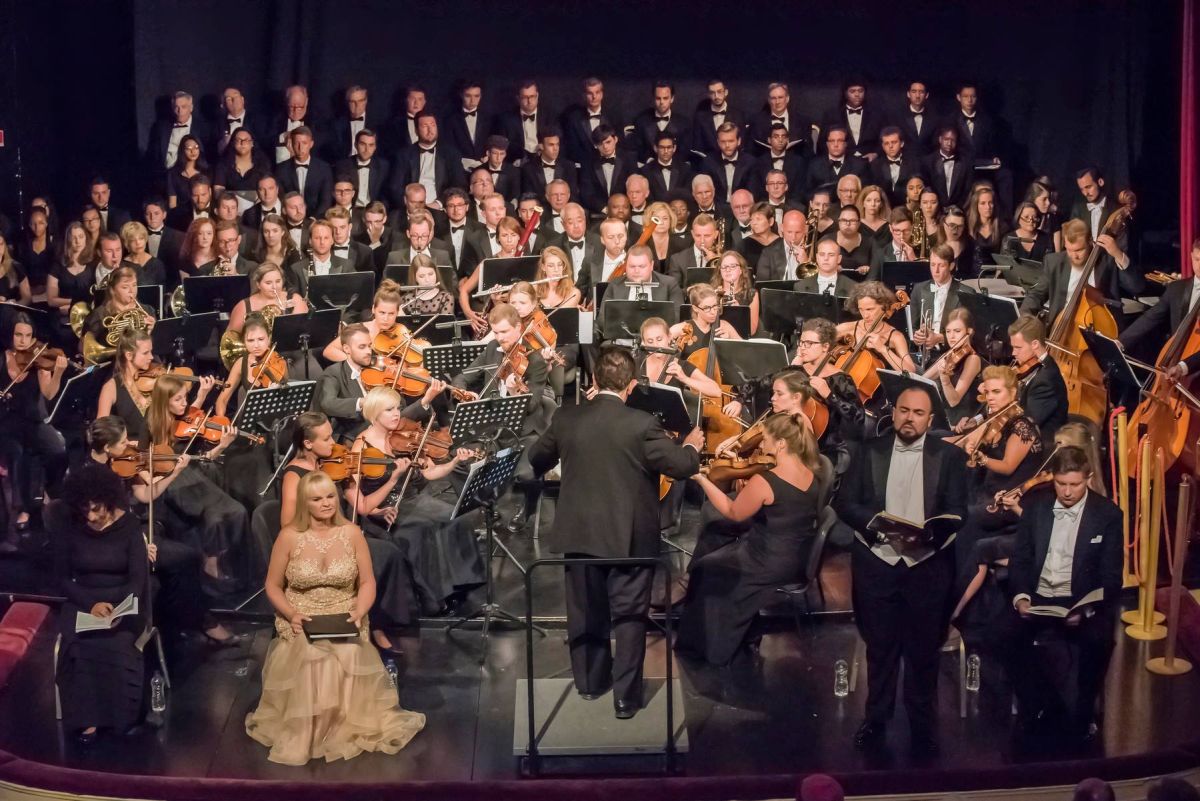 The performers onstage during Rossini’s Stabat Mater, at the Apollon Theatre Ermoupolis on Syros.

The International Festival of the Aegean recently kicked off its fourteenth season at the Apollon Theatre Ermoupolis on the Greek island of Syros.

Founded in 2005 by Greek-American conductor, producer, and impresario Peter Tiboris, the festival attracts world-class artists from dozens of countries and has become a summer selection for lovers of the arts from Europe and beyond. 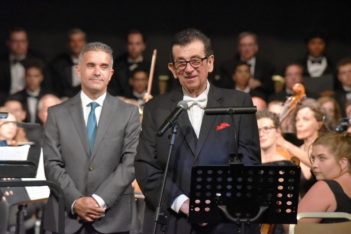 Conductor Peter Tiboris (right) and Mayor George Marangos (left) during the opening concert of the festival, at the Apollon Theatre Ermoupolis on Syros.

MidAmerica Productions and MidAm International are the primary producers of the festival, in cooperation with the Municipality of Syros, Syros Mayor George Marangos and Vice-Mayor of Cultural Affairs Thomai Mendrinou.

This year, on the occasion of the 150th Anniversary (1868) of the death of Gioachino Rossini, the festival will include the demanding (and rarely heard) Stabat Mater hymn and four performances of the Italian composer’s favorite opera La Cenerentola (Cinderella).

The festival’s program will also include the “Electra” Ballet by Mikis Theodorakis.

The 14th International Festival of the Aegean will feature the Warsaw Pan-European Philharmonia, whose appearance is possible due to the generous sponsorship of the Schwarz Foundation. 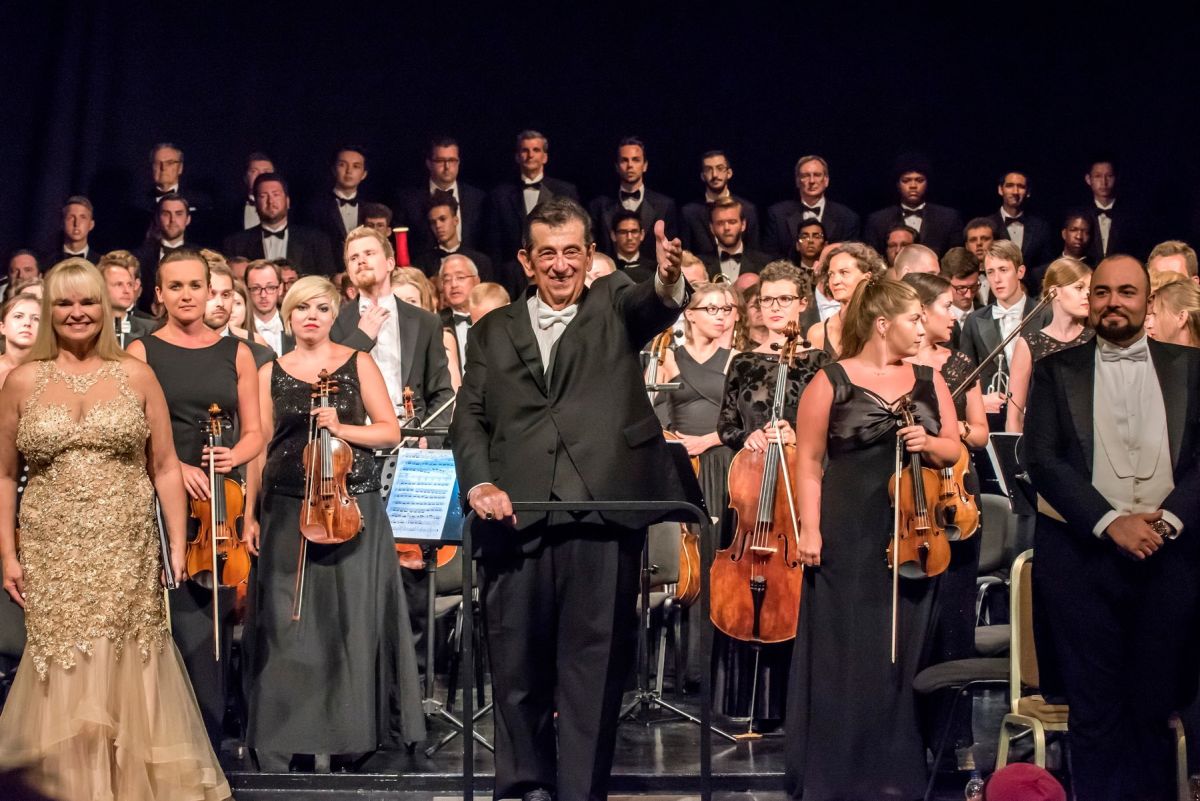 The performers stand for a round of applause after an exciting performance of Rossini’s Stabat Mater at the Apollon Theatre Ermoupolis on Syros. 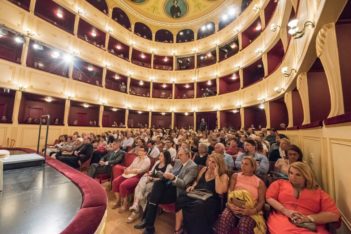 A view of the audience at the Apollon Theatre Ermoupolis on Syros.

In 2011, the International Festival of the Aegean was named “Best cultural organization operating in the wider region of Greece” by the Awards Committee of Music Critics of the Union of Greek Theatre and Music Critics, based in Athens. In December 2014, the festival was honored with the “Gina Bachauer Award” as Festival of the Year.

The Greek Travel Pages (GTP) is a communication sponsor of the Opena Gala.

Following is a video of Eilana Lappalainen speaking of the 14th International Festival of the Aegean.

14th International Festival of the Aegean

A unique experience on the beautiful island of Syros!14th International Festival of the Aegean.