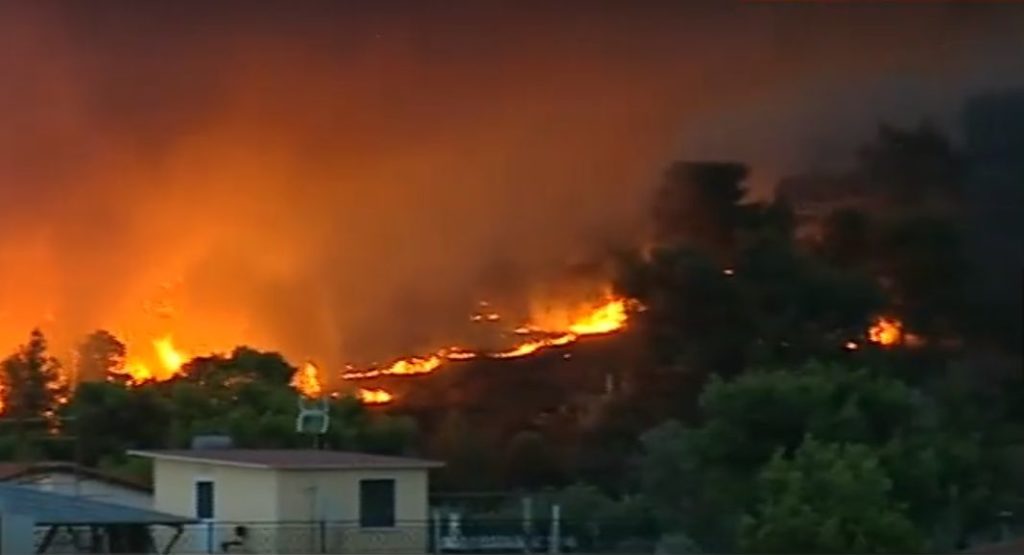 Regional Governor Rena Dourou declared a state of emergency for Western and Eastern Attica following a number of wildfires that struck around the greater Athens area on Monday.

The first wildfire broke out at noon in the seaside resort town of Kineta, west of Athens, which still remains uncontrolled, according to authorities. Communities of Kineta have been evacuated as dozens of houses were surrounded by flames.

A few hours later at about another fire began in the area of ​​Penteli, where it spread to other parts of eastern Attica, including Rafina, Pikermi, Mati and Neos Voutzas.

According to reports, the wildfires have caused destroyed several homes in the affected areas.

In the evening another fire broke out in the seaside resort town of Kalamos.

According to the fire department, more than 20 people have been taken to hospital for treatment for burns, while at least one person has been confirmed dead.

Greece has submitted a request for assistance from the European Union.