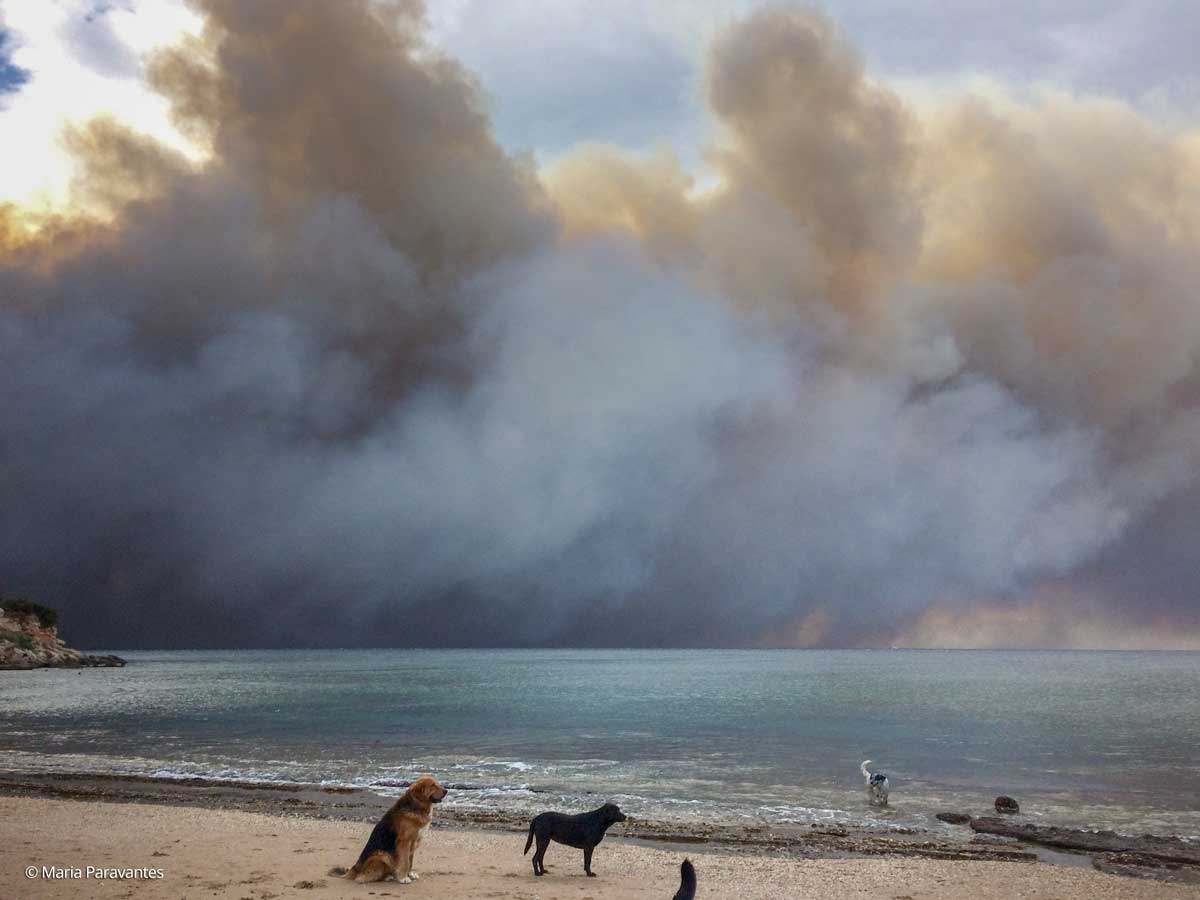 Wildfires ravaged the Northeastern Attica coastline on Monday, leaving over 79 people dead, hundreds injured and dozens missing. The Greek fire brigade, the coast guard and volunteers are continuing the rescue efforts while the country enters a three-day national period of mourning. Monday’s tragedy is considered to be Greece’s most deadly fire.

The fires broke out on Monday evening and continued to devastate the coastal towns of Mati, Zouberi, Nea Makri, Kallitechnoupoli, Neos Voutzas and Rafina, as gale force winds picked up into the night. The towns devastated by the fires were surrounded by lush pine tree forests and are very popular getaway retreats among the Greeks in the summer. Many have holiday homes there, while dozens of children’s camps operate in the summer.

Returning to the port of Rafina, local ferries carrying passengers, late on Monday, stopped along the way to rescue people that had jumped into the sea to save themselves. According to Alternate Shipping Minister Nektarios Santorinios, more than 700 people have been collected thus far as search and rescue efforts continue.

Rafina-Pikermi Mayor Evangelos Bournous reaffirmed that the number of dead was rising, adding that some 2,000 homes have been burnt. “There was no instruction to call for an evacuation of the area,” Bournous told Ant1 TV.

The coast guard, individual boats and rescue squads are continuing efforts to locate missing persons in the water and on land, while unprecedented humanitarian aid has been pouring in from across the country.

Among the dead are two Poland nationals who were vacationing in Mati, the Polish Foreign Ministry affirmed. Meanwhile, a data base with photos of missing people has gone online. More info here: https://missingpeople.audax.gr/ 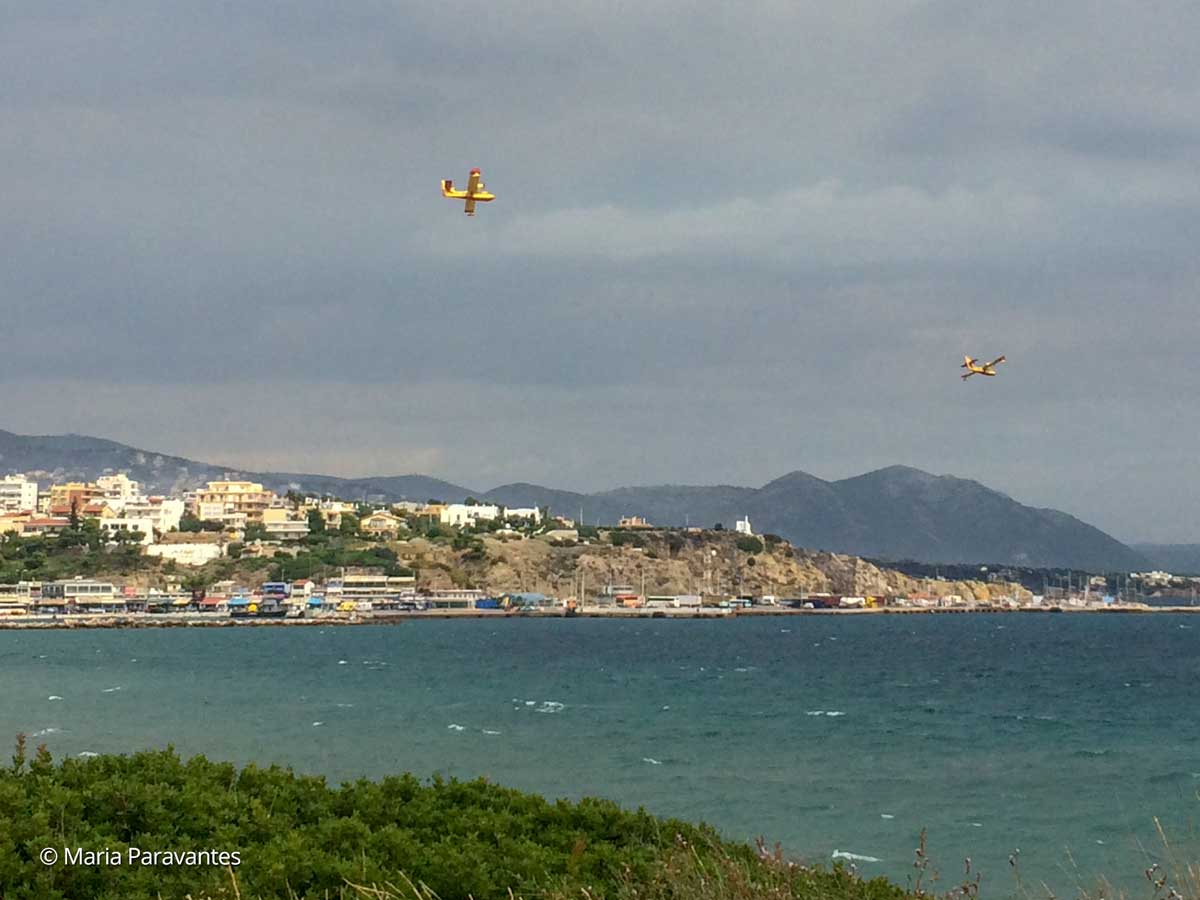 Canadair fire-fighting planes diving into the port of Rafina earlier on Tuesday, as efforts continued. 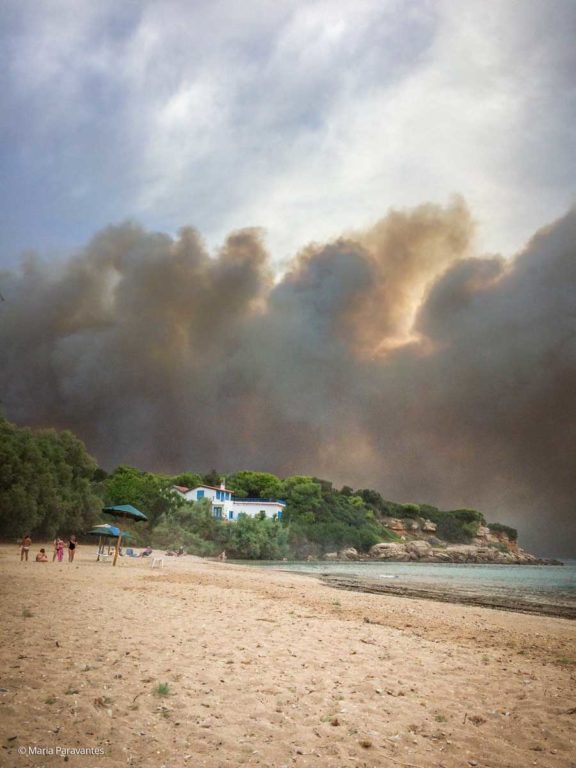 “Very saddened by the tragic forest fires in Greece. Europe will stand by our Greek friends in these difficult times. Help is on its way from several EU countries,” said European Council President Donald Tusk said via his twitter account.

Meanwhile, dozens of blazes broke out across Greece on Monday and Tuesday, initially sweeping through the seaside suburb of Kineta, west of Athens, along the Peloponnese and central Greece highways, as well as on Crete.

Every year, lives are lost and large parts of forestland are destroyed by fires set across Greece, with authorities suspecting arson.

Rafina Port Back to Normal

Marathonos Ave, the main road leading to the port of Rafina, which handles many ferry connections to the Cyclades, has been re-opened and all the ferries are arriving and departing as scheduled, the Rafina Port Authority said.

The shops in Rafina have remained closed as a sign of mourning while the municipality is collecting first aid items as well as food stuffs, clothes and water. Meanwhile, Sklavenitis supermarket in Rafina, local cafes and hotels are offering free meals and accommodation to those affected in the area. Neighboring municipalities (104 Marathon Ave) are also collecting first aid items. Doctors and vets in the area are also offering services free of charge.

Meanwhile, the US Embassy in Athens and the UK foreign office have issued travel advisories urging holidaymakers to verify flight or ferry schedules with   carriers, avoid fire-hit areas, and monitor media updates.

For emergencies contact the General Secretariat for Civil Protection on 210-335-9900.

In addition, through the global activism  AVAAZ site, more than 59,000 people have signed an online petition calling on the government, political parties and authorities to immediately proceed with the reforestation of the burnt areas.