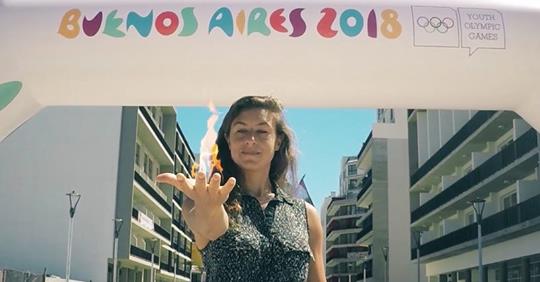 On Tuesday, July 24, the Olympic flame of the 2018 Summer Youth Olympic Games, commonly known as Buenos Aires 2018, will be lit in Athens, Greece, and start its journey to Argentina, the sacred flame’s final destination.

“The flame will be created in Athens, the Greek capital and site of the first Olympic Games in the modern era,” an official announcement on the Buenos Aires 2018 website read.

The youth Olympic flame for Buenos Aires 2018 will be lit by the rays of the sun in a ceremony at the Panathenaic Stadium in Athens. One day later it will arrive by plane in the city of Buenos Aires.

The flame will travel 14,000 kilometers, from the north to the south of Argentina during August and September, taking the Olympic spirit to every corner of the country. Five Argentine regions will see the impact of the Torch Tour. “The Olympic flame will light up thousands of mobile phones, cameras and other devices. But it will also be a unique opportunity in the life of the people that get to see a distinctive symbol of the Olympic Movement.”

Many people will be able to follow this sacred flame that guides the young Olympic athletes.

According to the announcement, the Youth Olympic Games Buenos Aires 2018 will be the setting for diversity, multiculturalism and the common good to live together in the hope of a bright future for its participants.