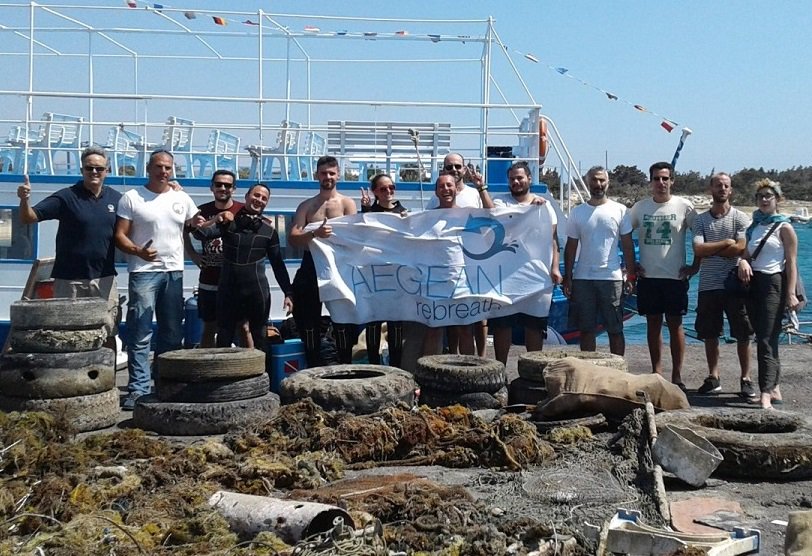 HELMEPA representatives and Aegean Rebreath divers held a cleanup operation on the island of Naxos.

Within this framework, a team of HELMEPA representatives and Aegean Rebreath divers recently carried out a three-day action on the island of Naxos, for the cleanup of beaches, reefs and other parts of the seabed.

“The program aims to prevent pollution and protect the marine environment by informing fishermen, local stakeholders and the wider public,” an announcement said.

The cleanup operation focused on the northern side of Naxos and particularly on the beaches of Ammith and Abram, where trash ends up in the sea due to strong winds.

The beach and reef of Agiassos in the southern part of the island were also cleaned, while underwater cleanups took place at the port of Agia Anna.

HELMEPA informed that a special protocol, based on European and international standards, was used to record the litter, so that the results would help improve scientific knowledge of garbage on coasts and the seabed of island regions in Greece.

The cleanup operation took place in collaboration with the Municipality and the Port Authority of Naxos, the Naxos Wildlife Protection Association and the Ecological Recycling Company, with the support of the A.C. Laskaridis Charitable Foundation.

The “Clean Islands” project will continue with cleanup activities on the islands of Aegina, Kea, Kythnos, Poros, Spetses and in the area of Marmari in Evia, with the support of the A.C. Laskaridis Charitable Foundation.