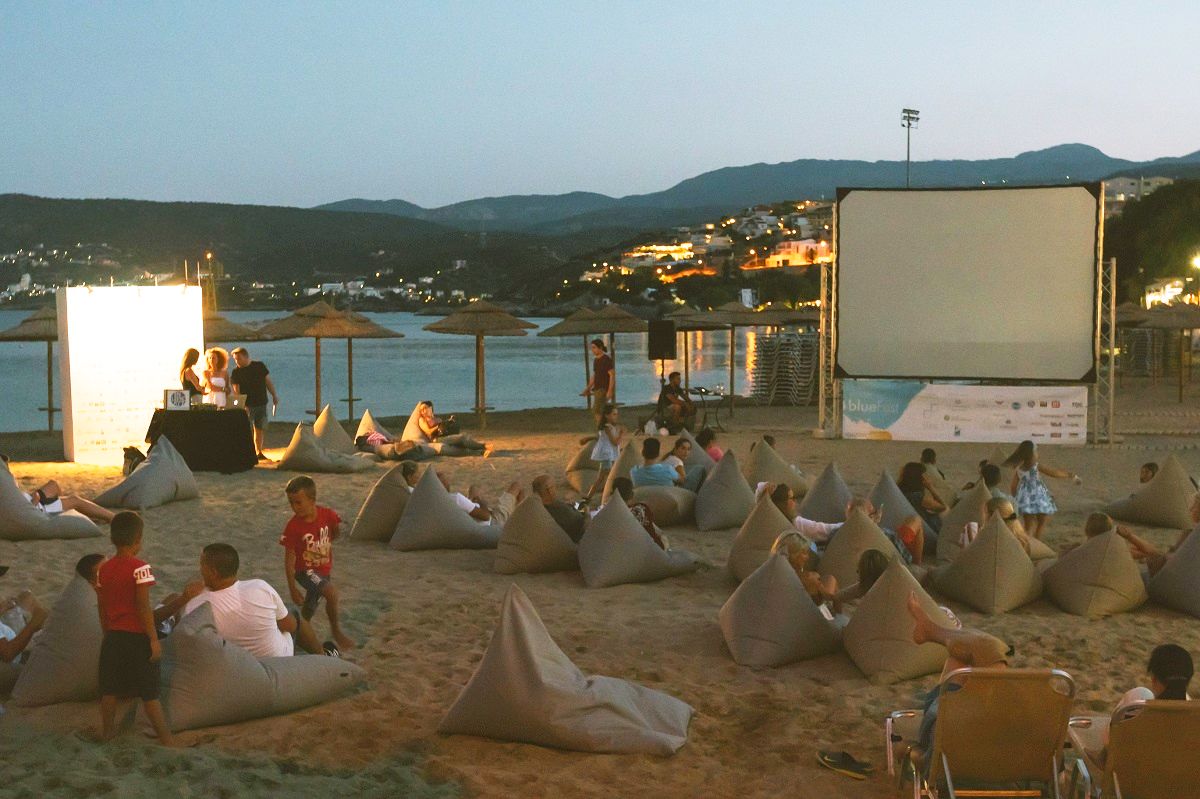 A number of cultural events – focusing on art, theater, music, and cinema – were held during the newly established three-day festival blueFest Crete18 | Culture & Beyond, which was recently held in Agios Nikolaos, on the island of Crete.

Organized by the G & A Mamidakis Foundation, under the auspices of the Region of Crete and the Municipality of Agios Nikolaos, the festival was held on the occasion of the designation of 2018 as the European Year of Cultural Heritage.

“The festival aims to link the rich cultural heritage of Greece with new and traditional forms of artistic expression,” the foundation said in an announcement.

Furthermore, the blueFest Crete18 “revives” the annual Art Symposium, which was initiated by the foundation’s president Gina Mamidaki in 1988, and held at the Minos Beach Art Hotel.

BlueFest Crete18 kicked off on Saturday, June 30, on Ammos beach with a DJ set and the screening of “Mamma Mia! The Movie” on the beach under the stars.

The second day started with a cleanup operation held by volunteers of the “We Dive We Clean” organization and the Pelagos Diving Center at the harbor of Agios Nikolaos. Upon the invitation of artist Georgia Kotretsos, the divers collected over 50 kilos of plastic cans, glass bottles, packs and other plastic items.

The environmental event was followed by the inauguration of Kotretsos’ sculpture installation titled, “4 Cents on Show for 500 Years”, which focuses on the pollution of the marine environment by plastic waste. In the title, the artist refers to the 4-cent fee imposed on plastic bags and the amount of time needed for plastic to decompose – 500 years. 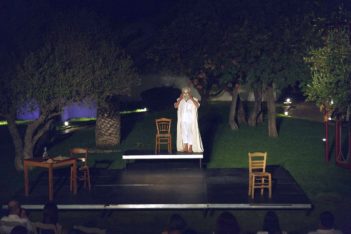 The BlueFest Crete18 festival came to a close with the theatrical performance “Socrates NOW” with Emmy Award winner Yannis Simonides, and the second screening of “Mamma Mia! The Movie” at the Candia Park Village.