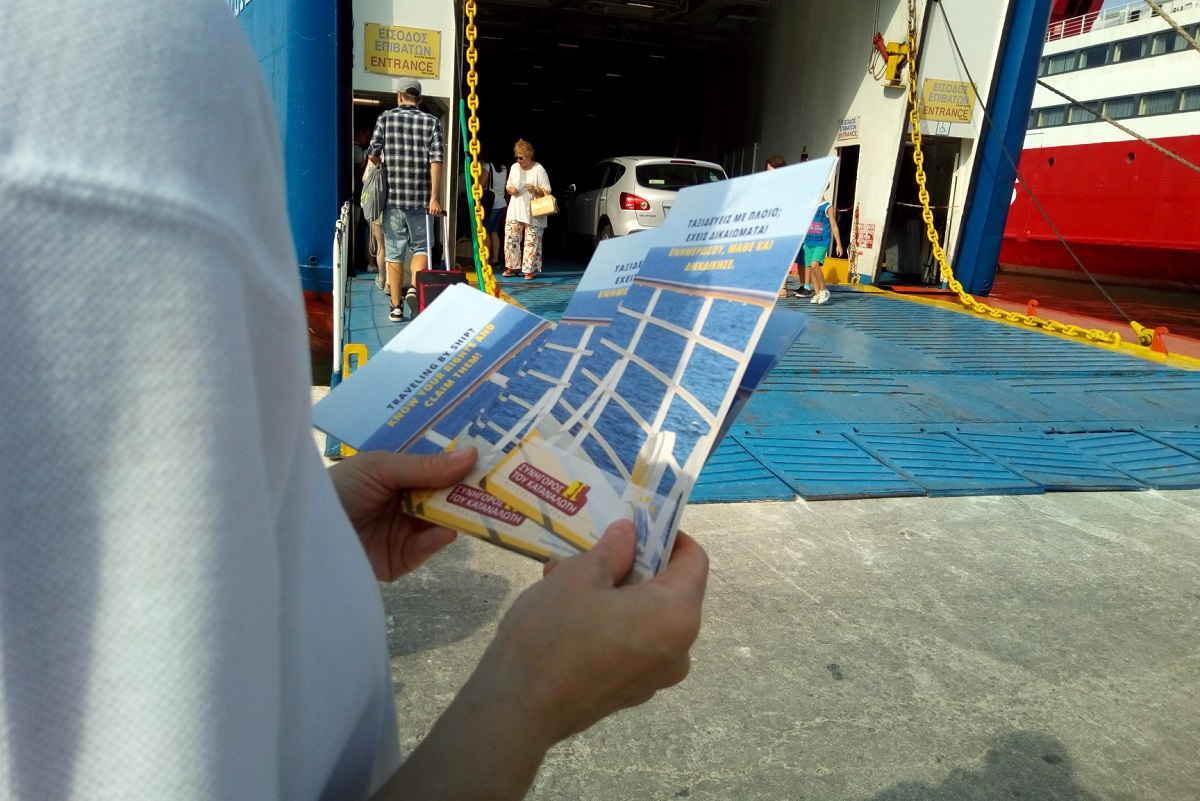 Travelers taking ferries for transportation in Greece had the chance on Tuesday to learn about their rights during an event at the port of Piraeus organized by the European Consumer Center of Greece (ECC-Net) in collaboration with the independent Hellenic Consumers’ Ombudsman.

Representatives from consumer rights bodies were on hand to inform travelers of their rights as well as on how to claim compensation quickly and without any financial burden. Informative material was also be available in Greek and English. The event had the support of the shipping ministry, the Hellenic Coast Guard and the Piraeus Port Authority (PPA).

“We are in the midst of the summer season and many consumers have started their holidays, while others are looking for last-minute getaways. However, issues may arise, so we need to know our rights: for example, in case of delays, lost luggage, how to cancel our hotel/room reservation without losses, what happens in case the rates of our online reservation are different from those advertised,” Athena Kontogianni, deputy consumer ombudsman and director of ECC-Net, told the Athens News Agency.

Kontogianni added that a similar event has been organized at Athens International Airport, underlining that the increase in tourist traffic to Greece has led to a 43.4 percent rise in cross-border complaints submitted to the authority in the last year by both Greek consumers who deal with suppliers outside Greece and within the European Union, as well as by tourists visiting the country. 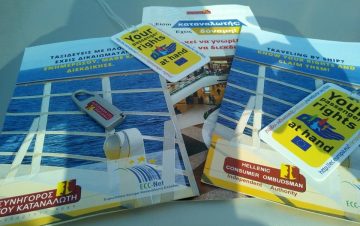 According to the ombudsman, 60.2 percent of all cross-border complaints were lodged by Greek consumers in regard to online transactions with European suppliers, and 39.8 percent by European consumers. Kontogianni notes that nearly 81.5 percent of all cases were successfully resolved thanks in large part to the positive response of Greek tourism businesses, which contributed to the out-of-court, friendly settlement of disputes, now recognized as a leading factor in the development of the market.

Meanwhile, travelers can also benefit from the ECC-Net: Travel app available from Google Play in 24 languages or by visiting Travel Tips: Help and Advice for Consumers in Europe.

For detailed information on your travel rights and useful travel tips, visit ECC-Net or the Hellenic Consumers’ Ombudsman.

Athens & Epidaurus Festival Packed with Cultural Events for Every Taste