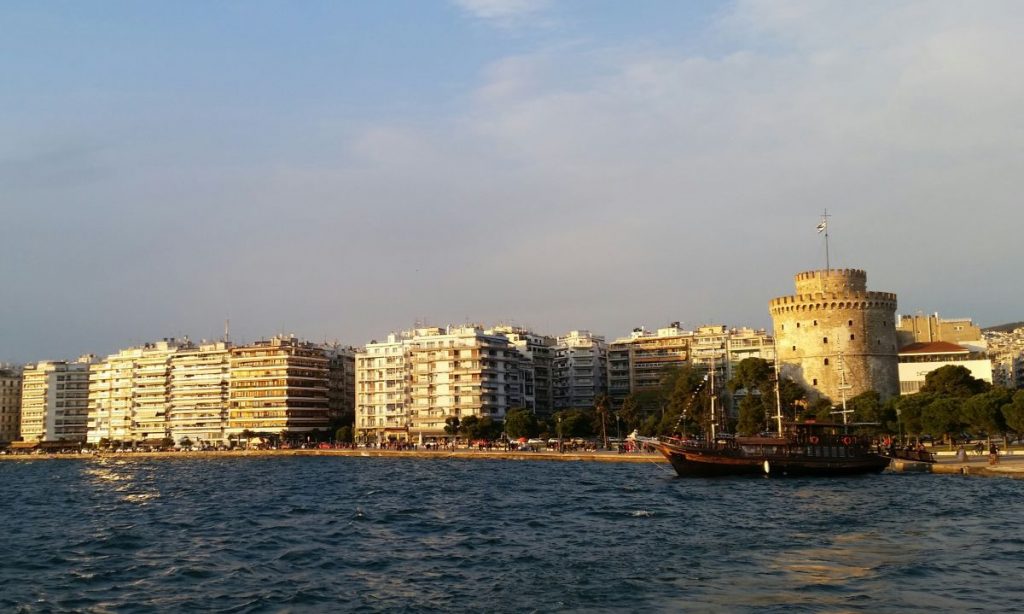 The Greek northern city of Thessaloniki is reintroducing itself to the market of Meetings, incentives, conferences and exhibitions (MICE), determined to let the tourism industry know that it is a destination with all the qualifications to successfully hold corporate meetings, conferences and events.

The Thessaloniki Convention Bureau (TCB), the city’s organization that promotes and markets the destination with a focus on bidding for international conferences and events, recently invited a select group of Greek journalists from Athens on a three-day press trip.

The aim of the trip was to introduce the business side of the city of Thessaloniki and promote it as a rising destination for corporate meetings, conferences and incentive trips. 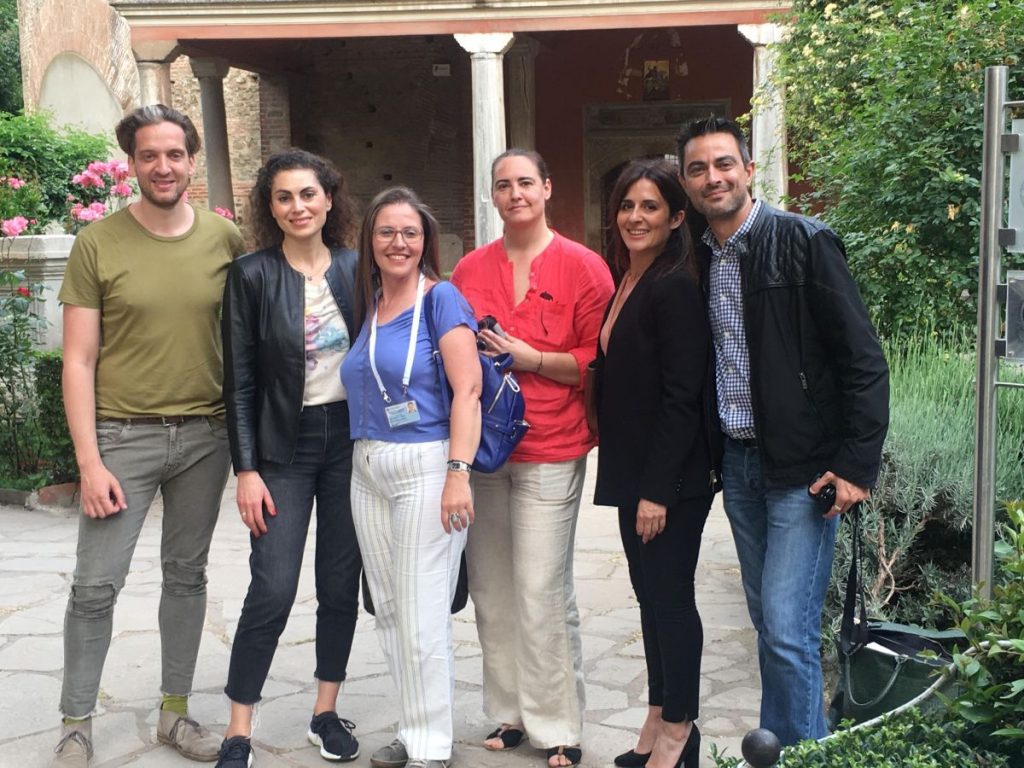 The press trip’s schedule – a cooperation between TCB, transport sponsor Aegean Airlines and the city’s MICE tourism professionals – gave the journalists the opportunity to experience various activities that the convention bureau includes in its bids for visitors/delegates to follow after attending a meeting or conference in Thessaloniki.

“Our aim was to portray the destination and break the stereotypes that exist for the destination of Thessaloniki in the Greek market… This was an opportunity to showcase the destination’s business side to the domestic market… There are many companies in Athens that could organize a number of events in Thessaloniki,” TCB General Manager Efi Koudeli told GTP Headlines. 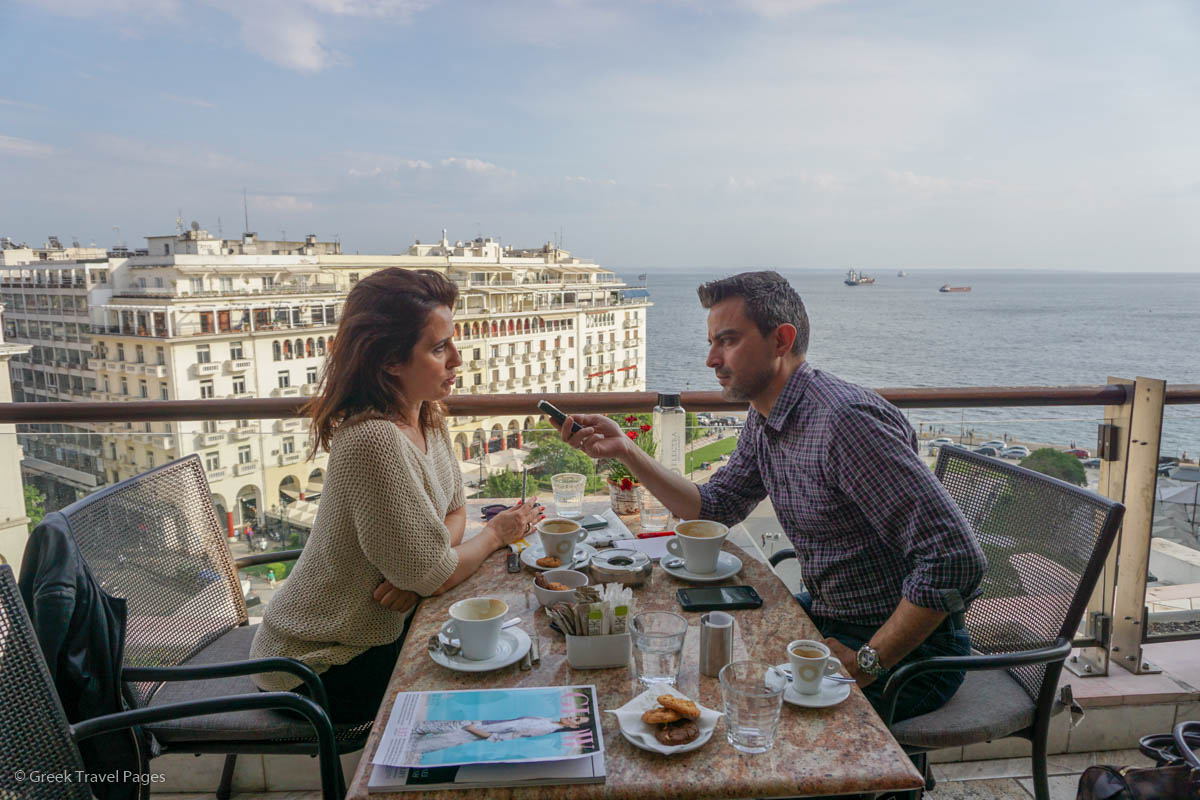 “The program TCB designed for the journalists included experiences/activities that follow the trends that exist in the international business tourism market… We planned out an innovative program to show that Thessaloniki is an ideal destination for business meetings – the city’s infrastructure includes a number of state of the art meeting rooms and conference venues – but also has to offer much more, including gastronomy and activities for well-being and mindfulness,” Koudeli said. 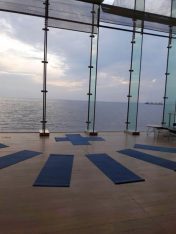 During the three-day program, the journalists were shown a few of the many activities that conference delegates can experience on the sidelines of a conference in Thessaloniki: a private guided tour of the city’s Museum of Contemporary Art, a private pastry course/experience in the local Sugarela Patisserie shop and also the opportunity to unwind through a special yoga session at the Thessaloniki Concert Hall, a location filled with natural light and an exceptional view of the city’s port.

“When promoting a MICE destination, you have to give more value to it and reveal what more it has to offer the business world than just venues and that is a challenge,” Koudeli added.

Workshop: Breaking the stereotypes of Thessaloniki 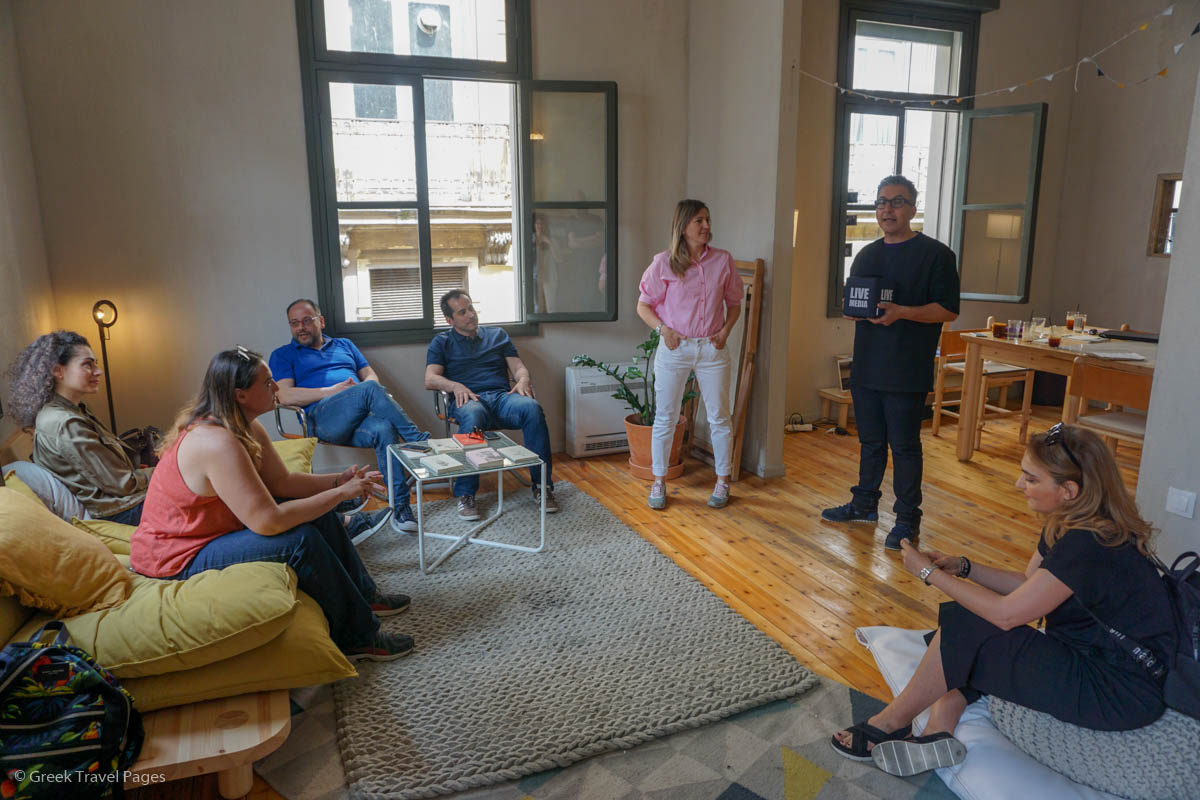 TCB held a workshop titled “Break the stereotypes”, during which the guest journalists participated in a lively discussion aimed at identifying and analyzing the stereotypes that exist for the destination of Thessaloniki. 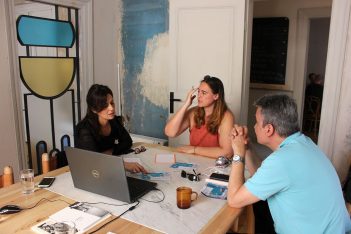 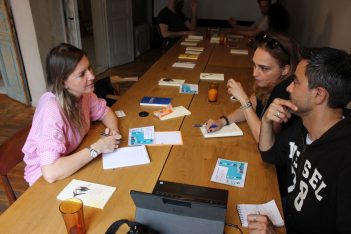 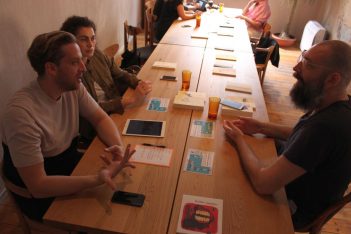 The journalists also participated in working groups and gained hands-on experience on how to draw up innovative proposals when bidding to host a conference in a destination. 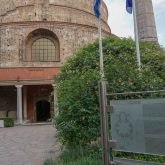 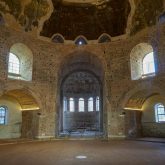 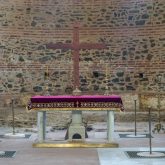 The Rotunda is one of the most important and imposing monuments of Thessaloniki, boasting architectural strength and wall mosaics of incomparable art. It constitutes a special monument, known as the Greek Orthodox Church of Agios Georgios and is informally called the Church of the Rotunda (or simply The Rotunda). Founded in the early 4th AD century, Rotunda most likely served as a temple of the ancient worship. 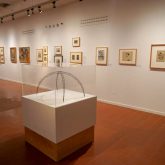 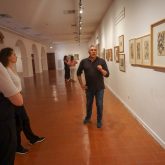 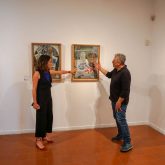 The State Museum of Contemporary Art is located in the northeast section of the Monastery of Lazariston in the area of Stavroupoli, in the western part of Thessaloniki. The permanent exhibition is the “Costaki” collection (Greek collector George Costakis) that includes more than 1,200 masterpieces of Russian avant garde artists covering a wide range of art movements. 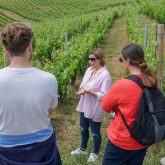 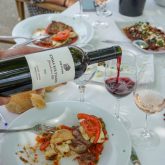 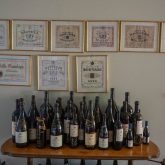 Kir-Yianni, founded by Yiannis Boutaris in 1997, is a wine estate with vineyard holdings in Naoussa and Amyndeon, in Northwestern Greece. The estate accepts visitors and can be combined with many activities in and around the city of Naoussa. 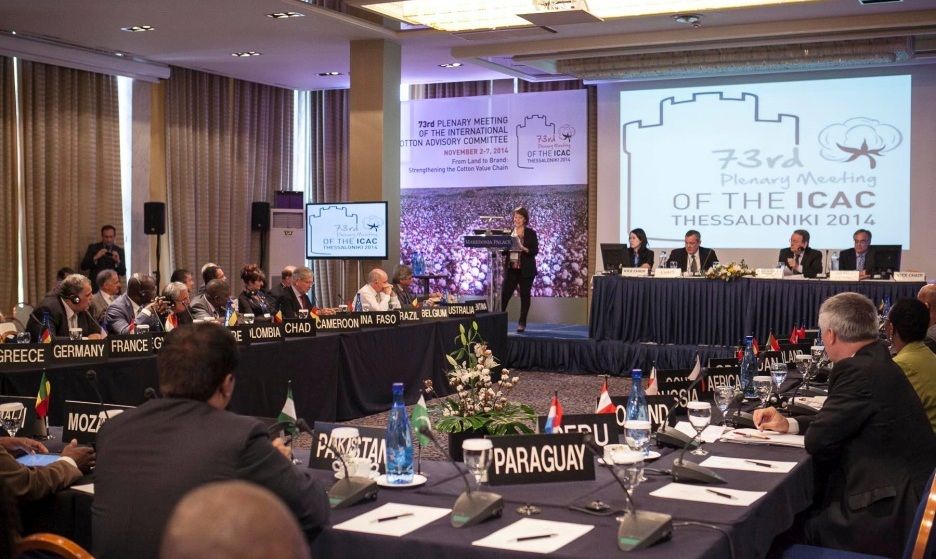 “Conference tourism is a form of tourism that has proven that a delegate spends four times more than a leisure tourist…” – Yiannis Aslanis, TCB President

According to the recently released rankings from the International Congress and Convention Association (ICCA), Thessaloniki hosted 25 conference events in 2017, ranking in the 59th place among other European conference city destinations.

TCB states that the Greek northern city’s position in the ranking is satisfactory and that Thessaloniki has high potential to do better in the future by following steady steps. 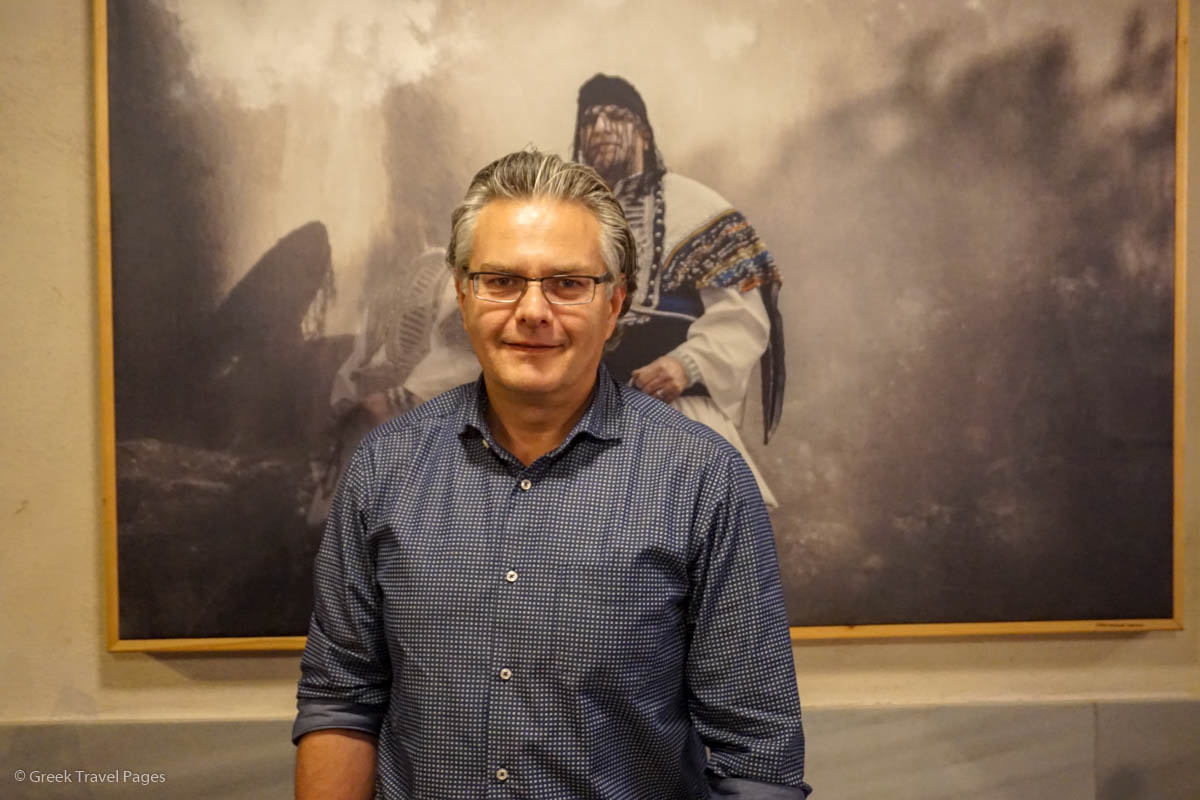 “Thessaloniki has secured its position among the global conference destinations of the world and is among the top 100 conference/meetings destinations in the world,” TCB President Yiannis Aslanis told GTP Headlines, adding that only through targeted marketing, promotional actions with the cooperation of all stakeholders and additional funds, can the city rise in the rankings.

“Conference tourism is a form of tourism that has proven that a delegate spends four times more than a leisure tourist… This has a great impact on the local society and economy and we are committed to attracting more conferences to the city,” Aslanis said. 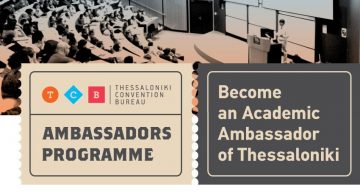 Among TCB’s actions to get the word out about Thessaloniki is the recently launched Ambassadors Program, an initiative wherein locally-based academics and university professors take the lead in attracting and securing more conferences and meetings for the city.

“This is a new project and we are currently introducing the initiative to the members of the academic community and letting them know that TCB is here to help them host their association conferences in Thessaloniki,” Aslanis said, adding that ambassadors receive full support from the bureau at every stage of the process, from bidding to planning and organizing the events. 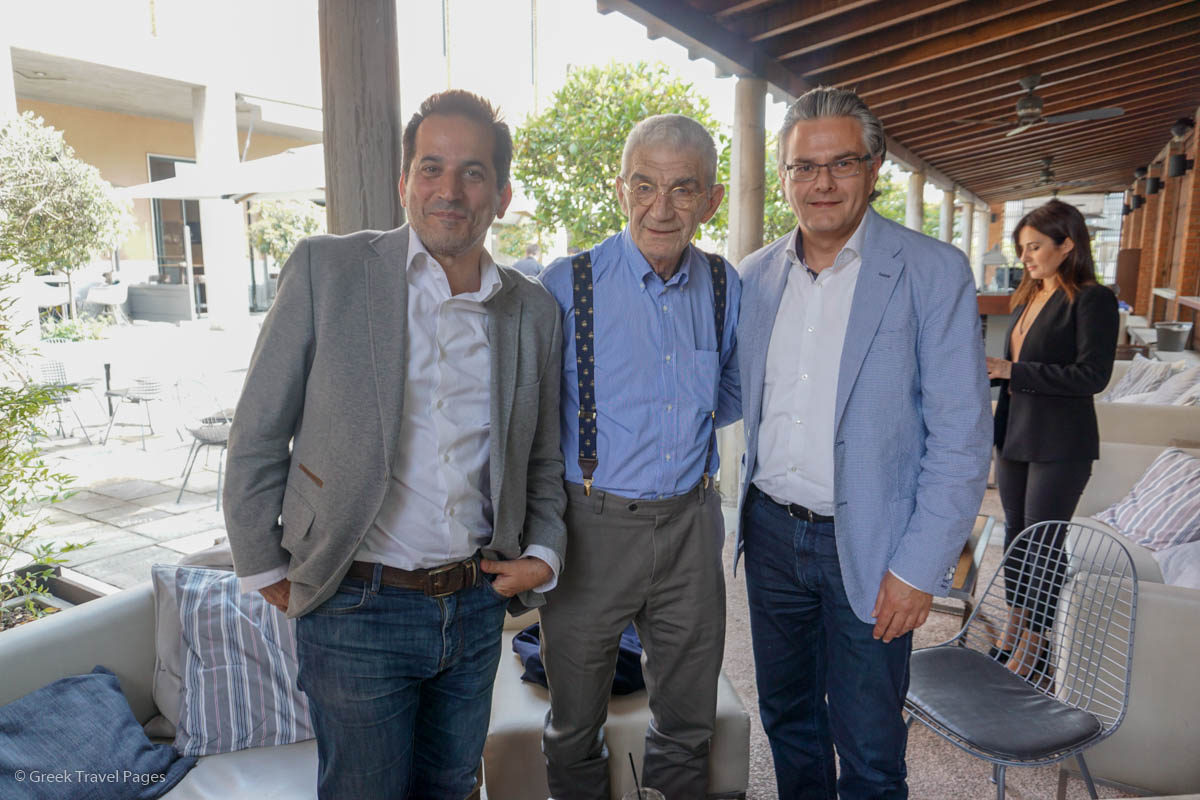 “Today, tourism is an issue that everyone is talking about in Thessaloniki.” – Spiros Pengas, Deputy Mayor for tourism

The Municipality of Thessaloniki, a key factor to the establishment of TCB in 2014, ascertains its support to the city’s professionals in their efforts to attract international conferences and events.

“We believe in developing MICE tourism for Thessaloniki and that is why we have been backing the bureau from day 1,” Spiros Pengas, the Deputy Mayor for Tourism and International Relations, told GTP Headlines. 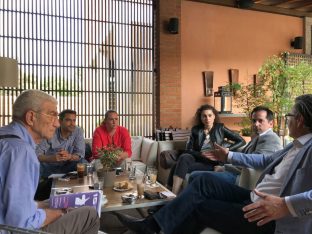 According to Pengas, Thessaloniki has secured its reputation as a city break tourism destination and now is the time to focus on securing events, conferences, exhibitions to keep the city’s hotels full also on the weekdays.

“2017 was the first year in the history of the city that foreign tourists outnumbered Greek visitors… Today, tourism is an issue that everyone is talking about in Thessaloniki, which was not happening some seven years ago, back when Thessaloniki was not considered a tourism destination… We have come a long way since then,” Pengas said.

The deputy mayor informed that the municipality’s vision is to attract major investors to the city.

“What is of great interest to us is to attract big and significant investments in the tourism sector… We have changed the way we present Thessaloniki abroad and inform the business world that we are not just a tourism destination but a tourism investment destination,” he said.

“We want to bring in and welcome the big players to the tourist market to Thessaloniki. TUI and other German tour operators are gradually returning with programs… The time is right for investments in hotels and the city’s infrastructure.” 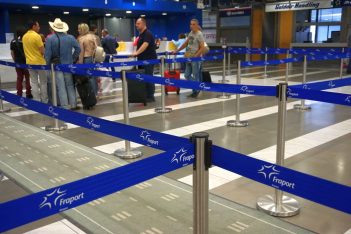 According to Pengas, with the developments in city infrastructure, the airport and the port, things are falling in place for Thessaloniki. “Fraport has come, the port is running under new management, Lufthansa is interested in returning after 17 years of absence, Qatar Airways has come and connected us to the State of Qatar,” he said. 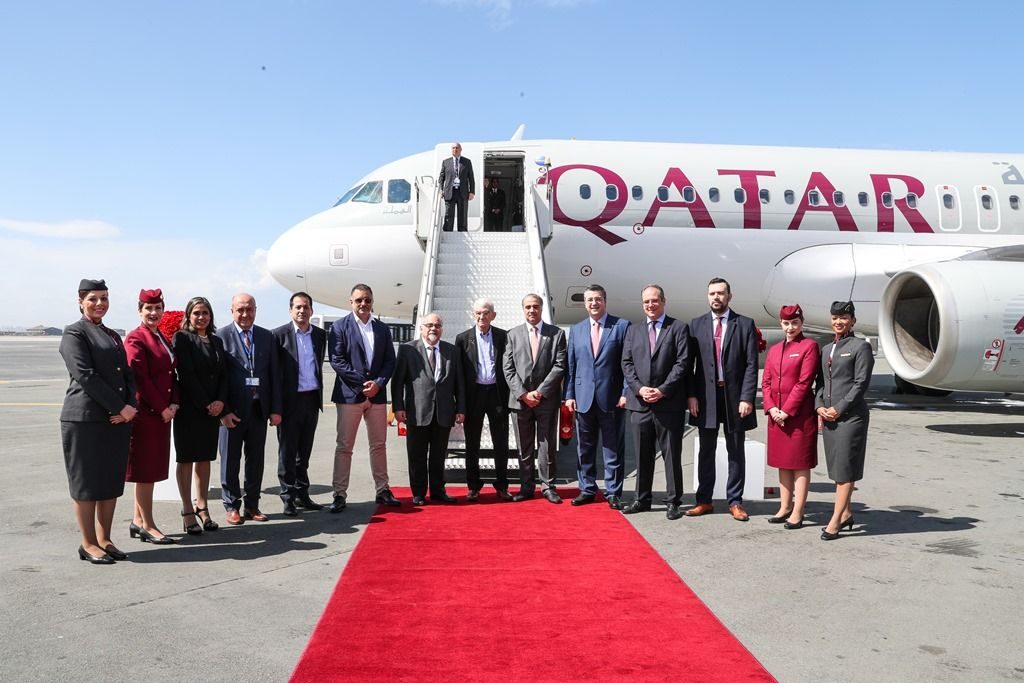 “We all have had a little to do with these developments but Thessaloniki is evolving on its own and that’s why we are looking to invest in special themes with a focus on sustainability, such as the Study in Thessaloniki initiative and also letting the world know that Thessaloniki is an innovation-friendly destination,” Pengas added, referring to the Thessaloniki Innovation Zone, an initiative that aims to develop and promote the city as a hub of innovation and entrepreneurship in South East Europe. 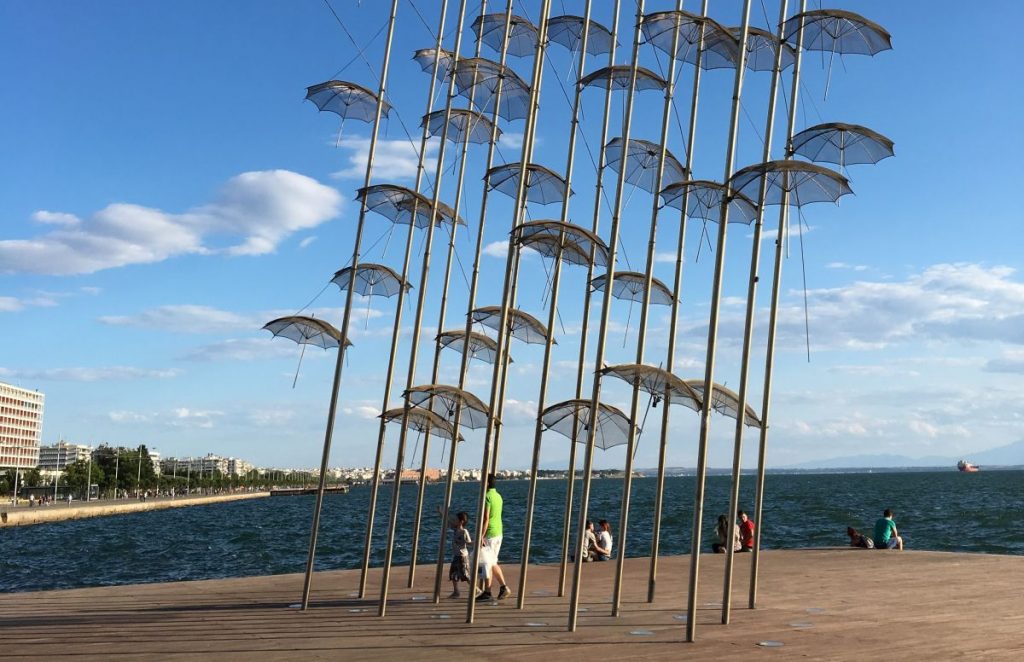 “We have two very important events coming up… Thessaloniki will showcase its professional side.” – TCB Vice President Irini Sidiropoulou

Thessaloniki is getting ready to host two major events in October.

The Greek northern city will host the 8th UNWTO International Meeting on Silk Road Tourism, the biggest biennial event of the UNWTO Silk Road program, between October 9 and 12.

“We put together a very powerful proposal that included Thessaloniki’s unique features, made the bid and won one of the most important conferences that takes place in the world,” TCB Vice President Irini Sidiropoulou told GTP Headlines, underlining that the event has to do with the revival of the Silk Road.

“Thessaloniki was chosen for its features, its infrastructure, its history and nearby cities such as Veria and Soufli… Our proposal included the city’s hotel infrastructure but also activities and excursions for delegates after the conference… Thessaloniki and its neighboring cities have a very large pool of experiences they can offer,” Sidiropoulou said.

TCB also made a bid to host one of the most highly respected and important events in the MICE industry: the high-end MICE B2B forum “MCE South Europe” and won.

The 4th MCE South Europe business forum for the MICE industry will take place in Thessaloniki between October 21 and 23.

“We have two very important events coming up… This October, Thessaloniki will showcase its professional side… It is expected to be a very busy month,” Sidiropoulou said.

Greece Leasing Out Beaches for Business Use