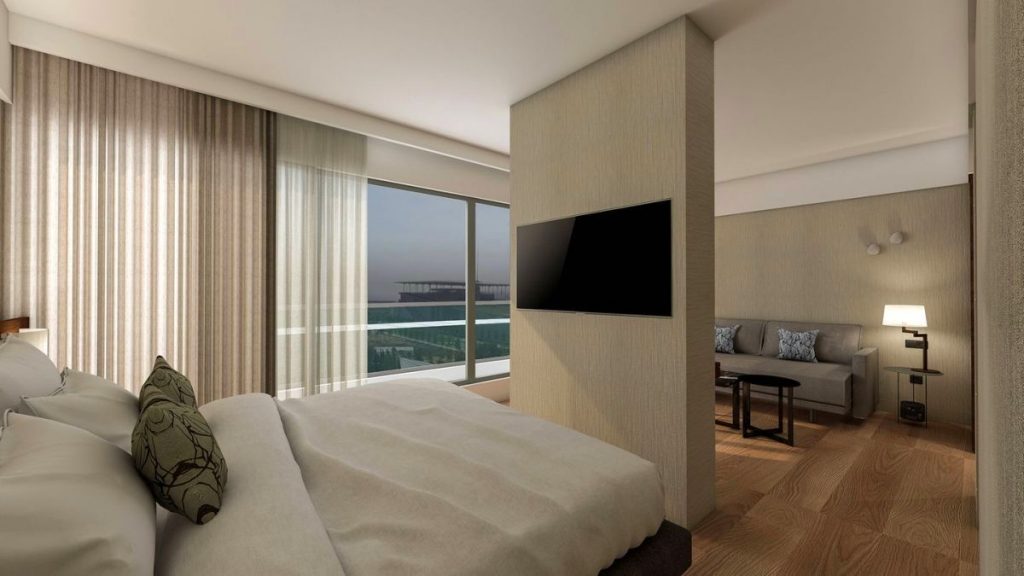 The Greek capital is getting ready to welcome the opening of the new Athens Marriott Hotel in May.

The new hotel, which marks the return of the Marriott International group in Athens, stands in the place of the Metropolitan Hotel Athens, following an agreement with Chandris Hotels & Resorts, which is strategically located on Syngrou Avenue. Marriott invested $15-million (13.6 million euros) to renovate the property.

The new hotel is located opposite the Stavros Niarchos Foundation Cultural Center, a cultural complex designed by Italian architect Renzo Piano that houses the National Library of Greece and the National Opera. 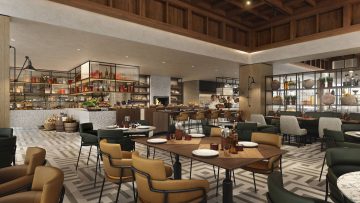 The Made in Athens restaurant. Photo source: Athens Marriott Hotel

The Athens Marriott Hotel will be comprised of 341 rooms and 25 suites, meeting facilities and eight conference halls, a Made in Athens restaurant with ingredients from Greek nature, a roof top bar overlooking the Acropolis and a well-equipped fitness center.

The hotel’s highlights will include complimentary high speed wifi and shuttle bus service. 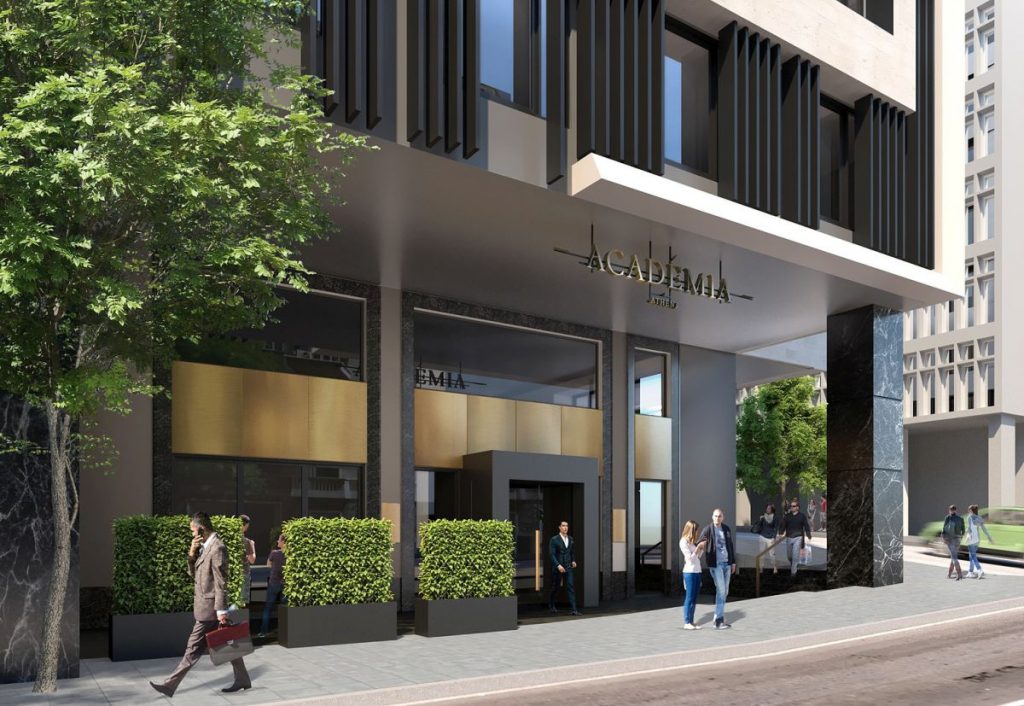 An impression of the Academia of Athens Hotel. Photo source: mtarchitects.gr 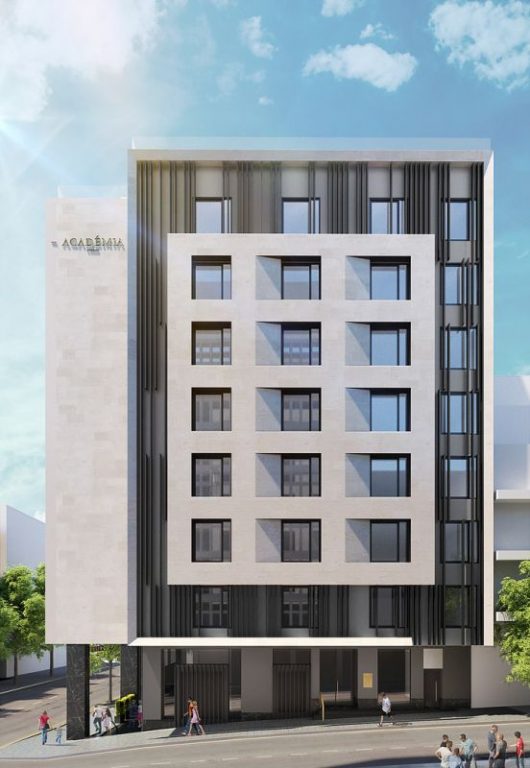 Moreover, later this year Marriott International is also expected to open the doors of the “Academia of Athens Hotel, Marriott Autograph Collection”, located at the crossing of Akademias and Omirou streets in central Athens.

The new hotel will be Marriot’s third in Greece under the Autograph Collection brand, along with the Domes of Elounda and Domes Noruz Chania on Crete.

According to reports, Marriott invested a total of 7.2 million euros to redevelop the property and convert it into a luxury unit.

In addition, Marriott is bringing a boutique-hotel concept for the next-Gen traveler in Greece through the “Moxy Hotels” brand.

Greece’s first Moxy branded hotel will be located in Patra in the Peloponnese and housed in the former Moreas hotel, located across the city’s marina. Moxy Hotels is Marriott International’s new millennial-focused brand that debuted in September 2014.