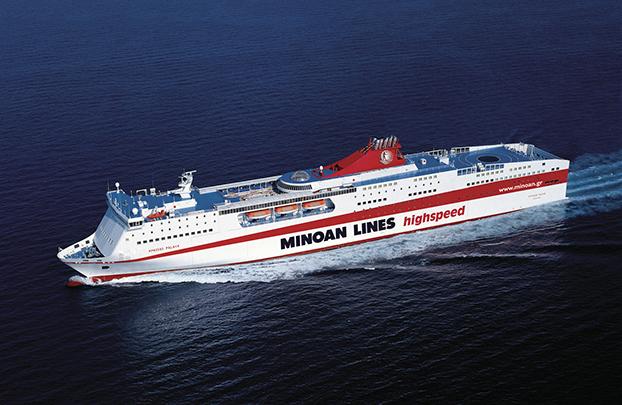 Ferry company Minoan Lines on Thursday announced that it will amend the itineraries on its domestic lines on Wednesday, April 18, due to a strike announced by the Panhellenic Seamen’s Association (PNO).

The strike will run from 6am on Wednesday and end it at 6 am the next day.

According to an announcement, the company will suspend itineraries scheduled for April 18 on the Heraklion-Piraeus-Heraklion domestic line.

For Thursday, April 19, itineraries have been announced as follows:

– Heraklion-Piraeus (H/S/F Festos Palace, departure from the port of Heraklion at 8am)

– Piraeus-Heraklion (H/S/F Knossos Palace, departure from the port of Piraeus at 8am)

Thursday’s evening departures on the Heraklion-Piraeus-Heraklion line will be performed as per standard schedule.

Minoan Lines’ itineraries on the Adriatic lines will not be affected by the strike, as there is no scheduled departure from the port of Patras to the port of Ancona on Wednesday.