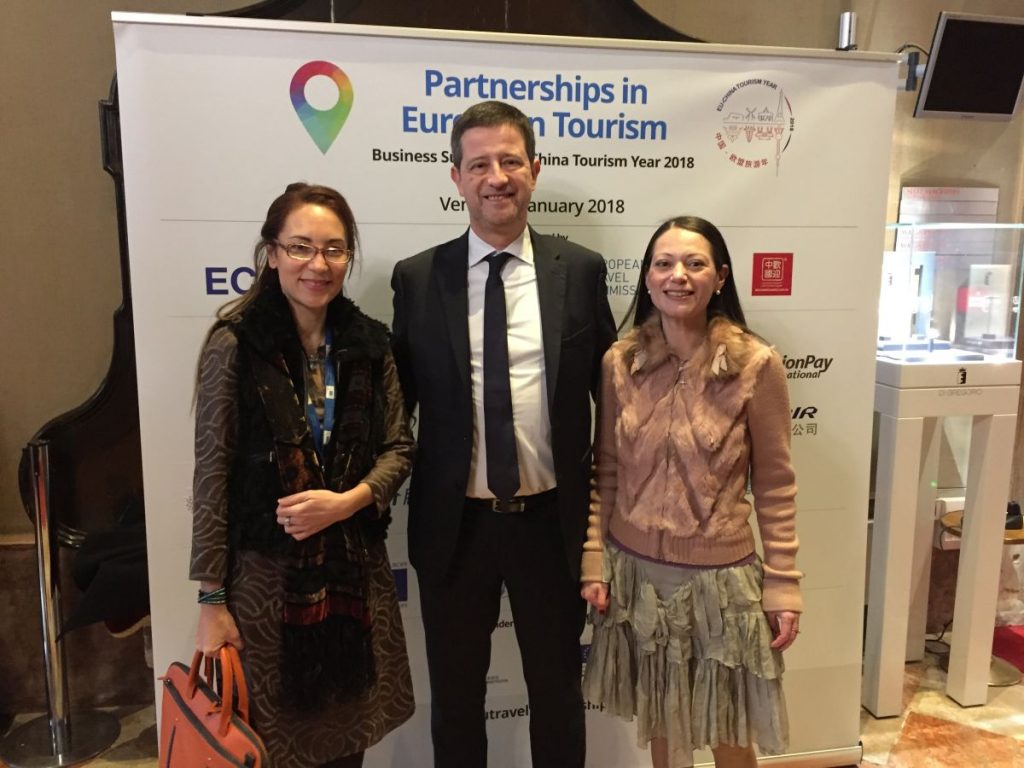 Greek Secretary General for Tourism Policy and Development George Tziallas with Joanna Mouliou Niessler, DG REGIO program manager, EU Strategy for the Adriatic-Ionian Region, ‎European Commission; and Katerina Kontoudaki, head of the Department of International Relations and EU of the Directorate for Strategic Planning of the Tourism Ministry.

Secretary General for Tourism Policy and Development George Tziallas recently presented actions to be launched by Greece to promote the Silk Road as a means of linking Europe with China.

Speaking during a conference held in Venice, in parallel with the inauguration of the EU-China Tourism Year 2018, Tziallas also presented the Greek Tourism Ministry’s strategy for the development of thematic forms of tourism in Greece.

The conference, titled “The EUSAIR Macroregional Strategy for tourism and transport: The Maritime Western Silk Road Opportunities” focused on the development of Chinese tourism and the cruise infrastructures in the eight countries of the EUSAIR macro-region (Italy, Slovenia, Croatia, Greece, Albania, Montenegro, Bosnia and Herzegovina, Serbia). The conference’s main purpose was to encourage the debate on development and promotion of the Adriatic-Ionian region as an integral part of the Maritime Silk Road.

It is reminded that the Greek Tourism Ministry, the Region of Central Macedonia, the Aristotle University of Thessaloniki and the Thessaloniki Convention Bureau (TCB) will organize the 8th UNWTO International Meeting on Silk Road Tourism in Thessaloniki in October. 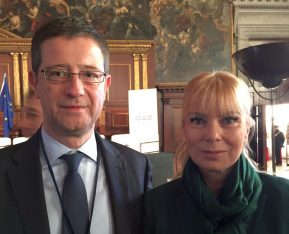 Tziallas represented Greece and the Tourism Ministry at the event for the official opening of the EU-China Tourism Year 2018 in Venice on Saturday, January 20. The event was attended by EU and Chinese government officials.

While in Venice, Tziallas met with Commissioner Elzbieta Bienkowska, responsible for the internal market, industry, entrepreneurship and SMEs, and discussed issues of financing and investment facilitation.

During the meeting, Bienkowska expressed her intention to visit Greece following an invitation by Greek Tourism Minister Elena Kountoura.

Tziallas also met with the head of the OECD (Organisation for Economic Co- operation and Development) Tourism Department Alain Dupeyras and discussed matters of cooperation between the Tourism Ministry and the organization.