Ways of developing medical tourism in Greece were discussed during a conference titled “Health Tourism and Local Authority”, which was recently held in Athens by the International Health Tourism Center (IHTC).

During the conference, George Patoulis, president of IHTC and of the Central Union of Municipalities of Greece (KEDE), referred to the need for the establishment of an integrated national strategy in the medical tourism sector, which would support the national economy and the local communities. 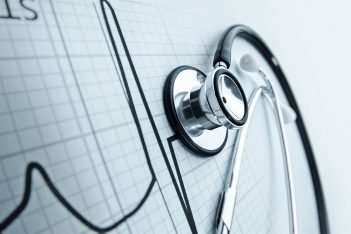 “Only a few hospital units currently hold an international certification (in Greece), while our neighboring country Turkey includes more than 40, Italy more than 20 and Thailand around 15,” Patoulis said. He also made five key-proposals for the development of medical tourism in Greece.

As he said:
– Greece’s national strategy should focus on establishing new partnerships with international medical organizations and institutions; certifying medical units and building a strong brand for Greece.
– Greece should adopt modern practices in order to secure the quality of the services offered and set a framework for the inspection and licensing procedures.
– Product specialization and cost reduction is needed for some main therapies and surgeries
– The utilization of international networks is essential in order to attract patients
– A combination of services for visitors-patients is required, which would include multilingual communication; transportation and accommodation; online examinations and others.

Meanwhile, Secretary General for Tourism Policy and Development Giorgos Tziallas said the ministry continued to work towards certifying Greece’s thermal springs, in order to develop spa tourism and thermalism. An upcoming common ministerial decision is expected to set the specifications for the operation of thalassotherapy centers and thermal springs, and pave the way for new investments.

“In 2017 Greece’s tourism reached a new record with more than 30 million arrivals, as a result of the ministry’s efforts to develop new forms of tourism,” Tziallas said.

Held within the framework of the “Money Show”, the conference was co-organized by the Νational Intermunicipal Network of Healthy Cities under the auspices of KEDE.

Aegean Airlines: Distribution Channel Fee Will Not Be Imposed

No Ferries in Greece on Friday Due to Strike