‘Cultural Route of Epirus’ to Launch in October 2018 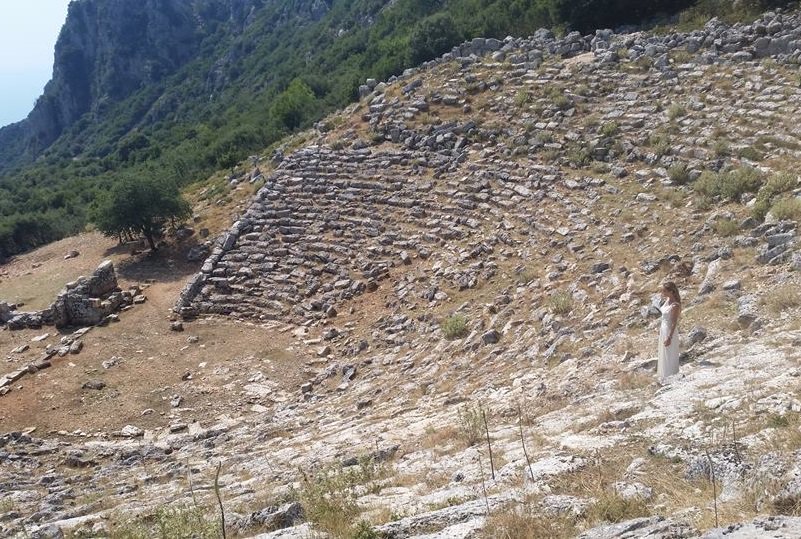 The Cultural Route of Epirus, a project that aims to promote the ancient theaters of Epirus in western Greece, is expected to officially launch in October 2018 by the “Diazoma” cultural association.

The project was presented during a recent workshop, titled “The interconnection of tourism – culture: The obstacles and the prespectives”, organized by the Greek Tourism Confederation (SETE).

The Cultural Route of Epirus includes the lesser-known ancient theaters of Amvrakia, Gitana and Kassopi, as well as the renowned sites of Nikopolis and Dodoni.

“We aim to introduce our first visitors to the Cultural Route of Epirus in 2019,” Diazoma president Stavros Benos said during the workshop.

Τhe launch event will be attended by prominent personalities from the fields of politics and academia, as well as tourism officials and professionals from all over the world, media representatives and bloggers.

“We don’t have to complete the restoration works in order for the visitors to be able to see the monuments… They are magnificent and even more attractive during the restoration process,” Benos underlined.

Ηe also announced that the route’s signs will be installed along the Epirus road network (more specifically on the Ionian highway, the regional and municipal road network) by the end of January 2018.

The Cultural Route of Epirus is the first of a series of cultural routes, which aim to connect Greece’s ancient theaters. It has been designed with the support of the Region of Epirus and the Ministry of Culture and is funded by the National Strategic Reference Framework (NSRF) 2014-2020.

The Association has been in close collaboration with its corporate members and other organizations in order to issue the necessary studies for the restoration and promotion of the ancient theaters. Among them are the Stavros Niarchos Foundation, Cosmote and the Ionian Highway. Furthermore, through the Act4Greece crowdfunding program, Diazoma in 2016 managed to raise funds for the restoration studies of the ancient theatre of  Kassopi.

Established in 2008, Diazoma is a citizens’ movement aiming to contribute to the protection and promotion of the country’s monuments, particularly ancient Greek theaters, amphitheaters and stadiums, as well as to raise awareness among relevant bodies and citizens towards this direction.