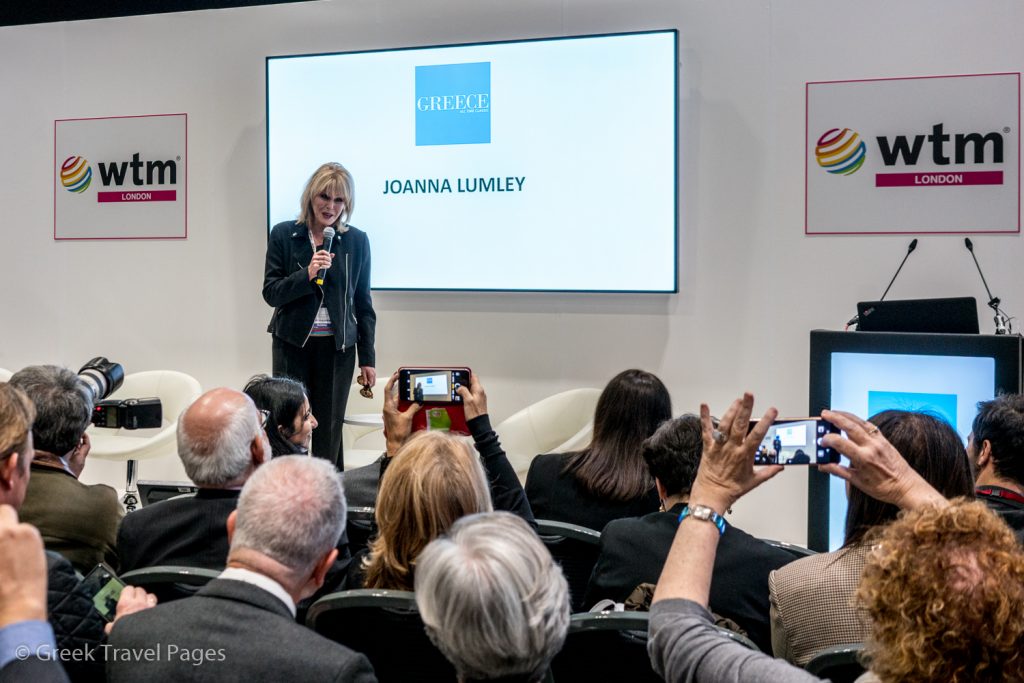 Acclaimed author and actress Joanna Lumley on Monday spoke about her experiences in Greece while filming on various islands in the country for the “Greek Odyssey” documentary. The documentary, which focused the culture and history of Greece, was screened on one of the UK’s biggest TV networks.

Speaking during a press conference of Greek Tourism Minister Elena Kountoura, held on the sidelines of the World Travel Market (WTM) 2017, Lumley was invited on the stage and spoke passionately about her personal experiences of traveling to Greece for many years. 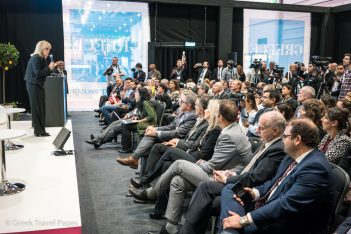 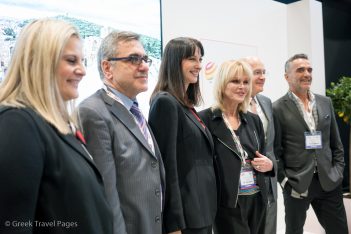 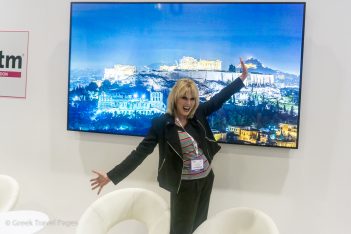 She also referred to the unique and diverse portfolio of attributes that establish Greece as an all-year-round destination for UK holidaymakers. 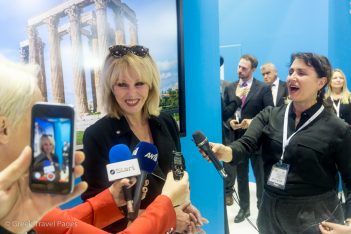 “Having been to Greece many times and having traveled the world, I would like to say that I don’t think there is one country, which offers as much diversity, as much history, as much hospitality, as much sheer beauty, as Greece,” Lumley told the media.

“Every time I go there, I am dazzled. Everything I eat there, delights me. Everybody I meets there, enchants me. And I just want to go back… So if you’re not sure where to go… go to Greece,” she said.