In efforts to promote the area’s cultural heritage, the Region of Central Macedonia recently launched a video which features two historical figures, Alexander the Great and his teacher, philosopher Aristotle.

The video was presented last week during cultural events held under the theme, “Aristotle – Alexander the Great, from the Past to the Present” in the northern town of Naousa and at the Polycentric Museum of Aigai located in Vergina. 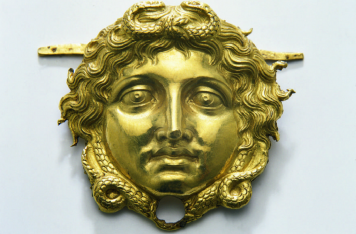 “The Musuem is a dynamic, flexible organization which is constantly evolving, with halls and sections scattered around the archaeological site of Aigai (today known as Vergina),” the Central Macedonia Region said in an announcement.

It is a multiform structure, which unites the new main building with the archaeological site, the Palace, the royal burial cluster of the Temenid dynasty and the royal burial cluster of Phillip II. It also includes inner and outdoor exhibition areas, patios, an amphitheater, a multi-purpose hall, spaces for educational and scientific activities, laboratories and storage rooms and the Virtual Museum of Alexander the Great. 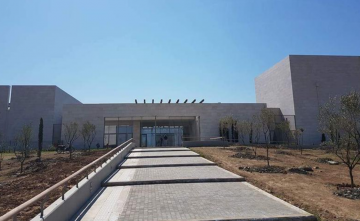 The Polycentric Museum of Aigai in Vergina

Among the areas that fascinate visitors is the emblematic second floor of the palace of Phillip II, as well as the museum’s exhibits, including the impressive 5.5-meter “sarisa” spear, which was used by the Macedonian phalanx.

There are currently many projects and construction works in progress, which are financed by the Operational Program “Central Macedonia” of the National Strategic Reference Framework (NSRF) 2014 -2020.