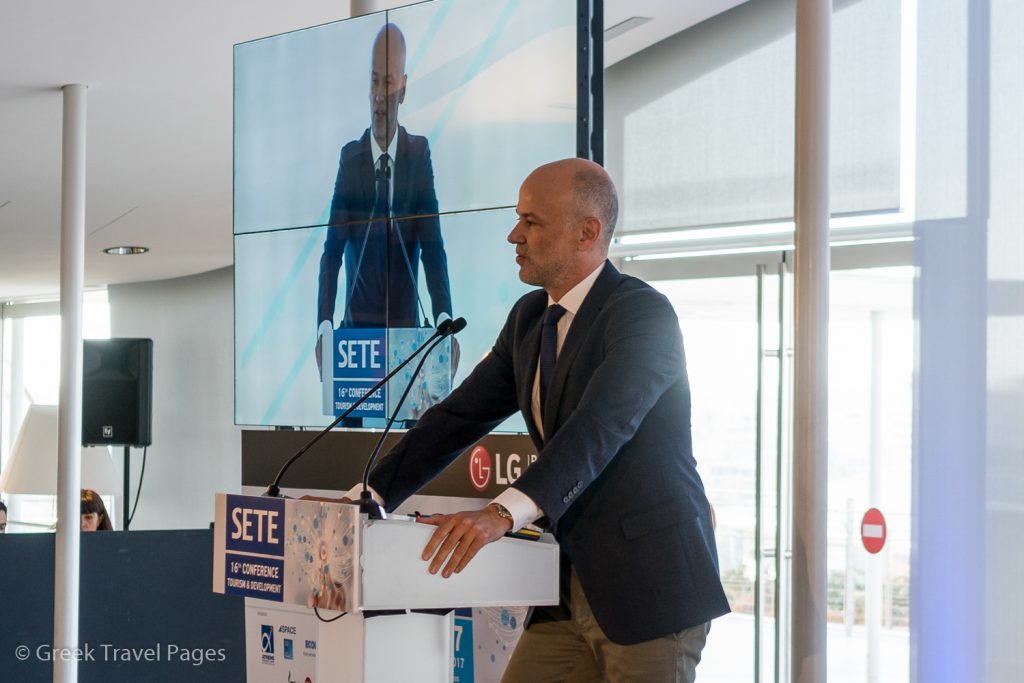 The president of the Greek Tourism Confederation (SETE), Yiannis Retsos, on Tuesday called for a stable and friendlier investment environment in Greece, with a realistic fiscal framework, a flexible financial system and clear operating rules for all.

Speaking during SETE’s 16th Tourism & Development Conference, Retsos stressed that more investments will come to Greece, the economy will see increased revenue and more jobs will be created only via sustainable growth and the continuous strengthening of the competitiveness of the tourism product.

Referring to this year’s tourism season, Retsos said that it will be another positive year in terms of arrivals. “But it is one more – the seventh – difficult year for Greece and the Greeks,” he said.

“Despite the fact that the contribution of businesses and workers, in an overtaxed environment, leads the sector to high growth rates… insecurity continues to occupy most of the economic and social environment,” Retsos said, adding that tourism’s competitiveness is “hurting and retreating”. 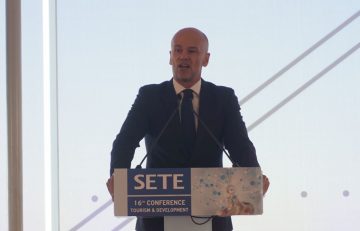 Retsos also presented SETE’s strategy for “holistic sustainable tourism development”, which aims to substantially link tourism with other sectors such as agri-food and culture.

“Every region of our country has a wealth in local agri-food products and cultural heritage. It is our priority, not just to preserve them, but to compose them and promote them through tourism,” he said, adding that there are still many issues to overcome — such as the lack of a spatial planning framework — in order for synergies focusing on cultural wealth and agri-food production to launch.

Regarding the spatial planning framework for tourism, essential for investments to be carried out in Greece’s tourism sector, State Secretary Alekos Flambouraris said that the matter should be solved very soon. Speaking at SETE’s dinner on Monday evening, Flambouraris said that SETE will have an important role in the planning process.

“It (the framework) will take into account international trends in the tourism market and the specificities of the country. It will be a tool for targeting and solving problems,” he said, adding that the new institutional framework will be implemented jointly by the ministries of tourism and environment.

“SETE will be a privileged partner in this planning,” Flambouraris said.

According to Flambouraris, the framework should be completed by the end of the year, as relevant ministerial decisions are in the finalization process.

SETE’s 16th Tourism and Development Conference was held under the theme “Greek Tourism: The Perfect Balancing Act” and focused on the dynamic role of tourism in contributing to environmental, economic and social sustainability.

Held at the Stavros Niarchos Foundation in Athens, the conference’s sessions presented international best practices, analyzed spatial planning issues and explored ways to increase the social footprint of tourism in Greece. Emphasis was also placed on the interconnection of tourism with the agri-food sector and its importance in creating comparative advantages for the Greek tourism product and consequently for local communities.

The Greek Travel Pages (GTP) was a media sponsor of SETE’s 16th Tourism and Development Conference.