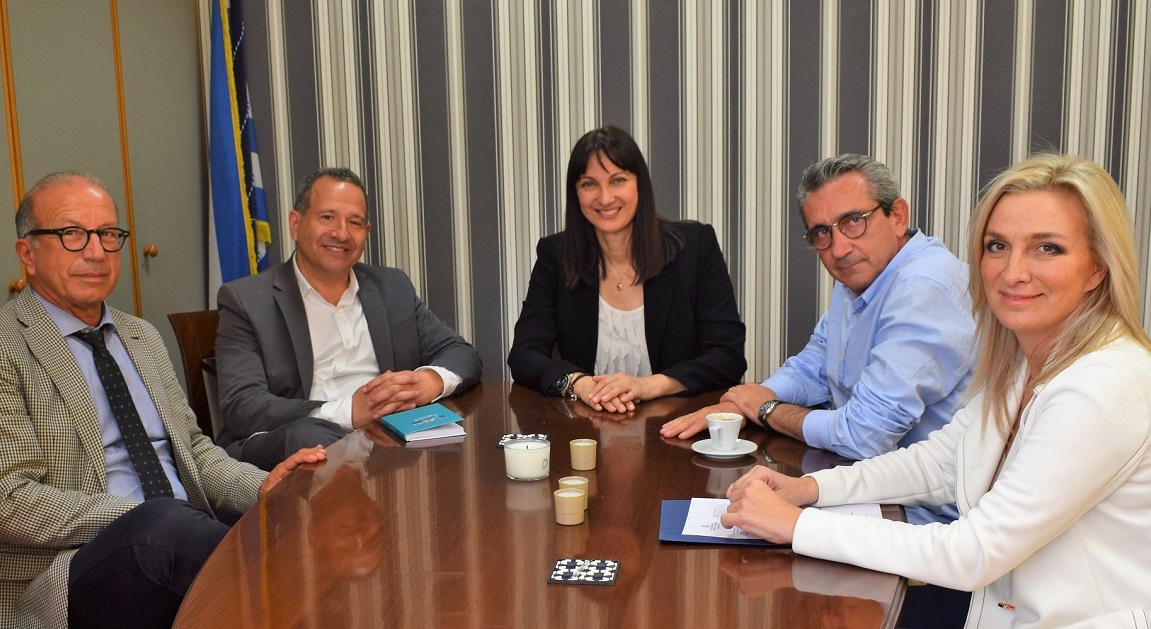 The prospects and tourism opportunities that arise from the operation of a film school and an audiovisual production studio on the island of Syros were recently discussed in a meeting between Greek Tourism Minister Elena Kountoura, South Aegean Governor George Hatzimarkos and US director Steven Bernstein.

The ministry estimates that the investment — expected to reach 6.5 million euros — will contribute to the promotion of Greece and Greek tourism.

“In collaboration with the South Aegean region we support this major investment… which will greatly benefit the local communities, employment and the national economy, and will promote Greece as a destination through movies,” Kountoura said.

The film studio, to be headed by Bernstein and his team is expected to open in November, while the award -winning screenwriter and director between October 22-27 will head a six-day filmmaking course on the island free of charge.

According to a ministry announcement, this was the minister’s third meeting with the investors.